Last summer I saw firsthand how the team behind the Popcorn Frights Film Festival work hard to create a thriving and supportive community for horror fans in South Florida, and those efforts are continuing even in the days of the COVID-19 pandemic. Popcorn Frights co-founders and co-directors Igor Shteyrenberg and Marc Ferman have announced that they're taking their festival on the road with the Popcorn Frights Drive-In Horrorshow, kicking off on Saturday, May 30th with a horror anthology double feature of Scare Package and The Mortuary Collection.

Below, we have the official press release with additional details on the Popcorn Frights Drive-In Horrorshow, which will run through this summer at various drive-ins throughout South Florida.

In case you missed it, this year's Popcorn Frights Film Festival was rescheduled for October, and you can learn more about the Drive-In Horrorshow and the festival on their official website.

Press Release: FORT LAUDERDALE, FL - Popcorn Frights, the largest genre film event in Southeast US, has announced the launch of its all-new drive-in summer film series, the Popcorn Frights Drive-In Horrorshow. The event is scheduled to take place in "pop-up" drive-in theaters throughout South Florida, kicking-off on Saturday, May 30th with a double-bill feature presentation of the horror anthologies, SCARE PACKAGE and THE MORTUARY COLLECTION, each receiving their Florida Premieres.

The limited engagement series will provide genre fans with a safe moviegoing experience in Fort Lauderdale, Florida, that is in accordance with current public health guidelines.

"At a time when film fans are craving opportunities to come together after months of social distancing due to the COVID-19 pandemic, we're thrilled to be taking the spirit of Popcorn Frights on the road as we reinvent a classic moviegoing experience for people to enjoy together safely. We want to remind our community of the magic of going to the movies again and seeing big, bloody, and loud films that just want you to have fun. We are determined to overcome this time of anxiety by joining together and celebrating incredibly fun genre films with our incredible community," said Igor Shteyrenberg & Marc Ferman, Co-Founders & Co-Director of Popcorn Frights.

Popcorn Frights' drive-in double-bill will open with the Florida Premiere of SCARE PACKAGE, a fantastically splatter-packed love letter to horror anthologies and the VHS era of yesteryear. Creator, Producer & Segment Director Aaron B. Koontz shared the following about having his film premiere as part of Popcorn Frights' new drive-in experience:

"SCARE PACKAGE was created to be a fun escape in front of rabid horror crowds and midnight audiences, but when Covid-19 hit, those moments came to an abrupt end. So to get the chance now, to play this at the drive-in, as part of one of our favorite genre festivals Popcorn Frights, is an honor we immediately jumped at. And hopefully our absurd love-letter to horror can be a small reprieve for that South Florida audience on May 30th." -- Aaron B. Koontz, Creator, Producer & Segment Director

Popcorn Frights alum Ryan Spindell's (THE BABYSITTER MURDERS) period set horror anthology THE MORTUARY COLLECTION will close the double-bill with its Florida Premiere presentation. Ryan said the following about his film playing at the drive-in event:

“Horror movies have always been a fantastic form of escapism, and that’s something we all could use a little of these days. Our friends at Popcorn Frights have put together something pretty special here, and we’re beyond excited to be a part of it!“ -- Ryan Spindell, Writer, Director

The Popcorn Frights Drive-In Horrorshow series will run throughout the summer in different neighborhoods in South Florida. Additional locations and programming details will be announced in the coming weeks. To learn more about the Popcorn Frights Drive-In Horrorshow, as well as its showtime, ticketing, and location information visit popcornfrights.com 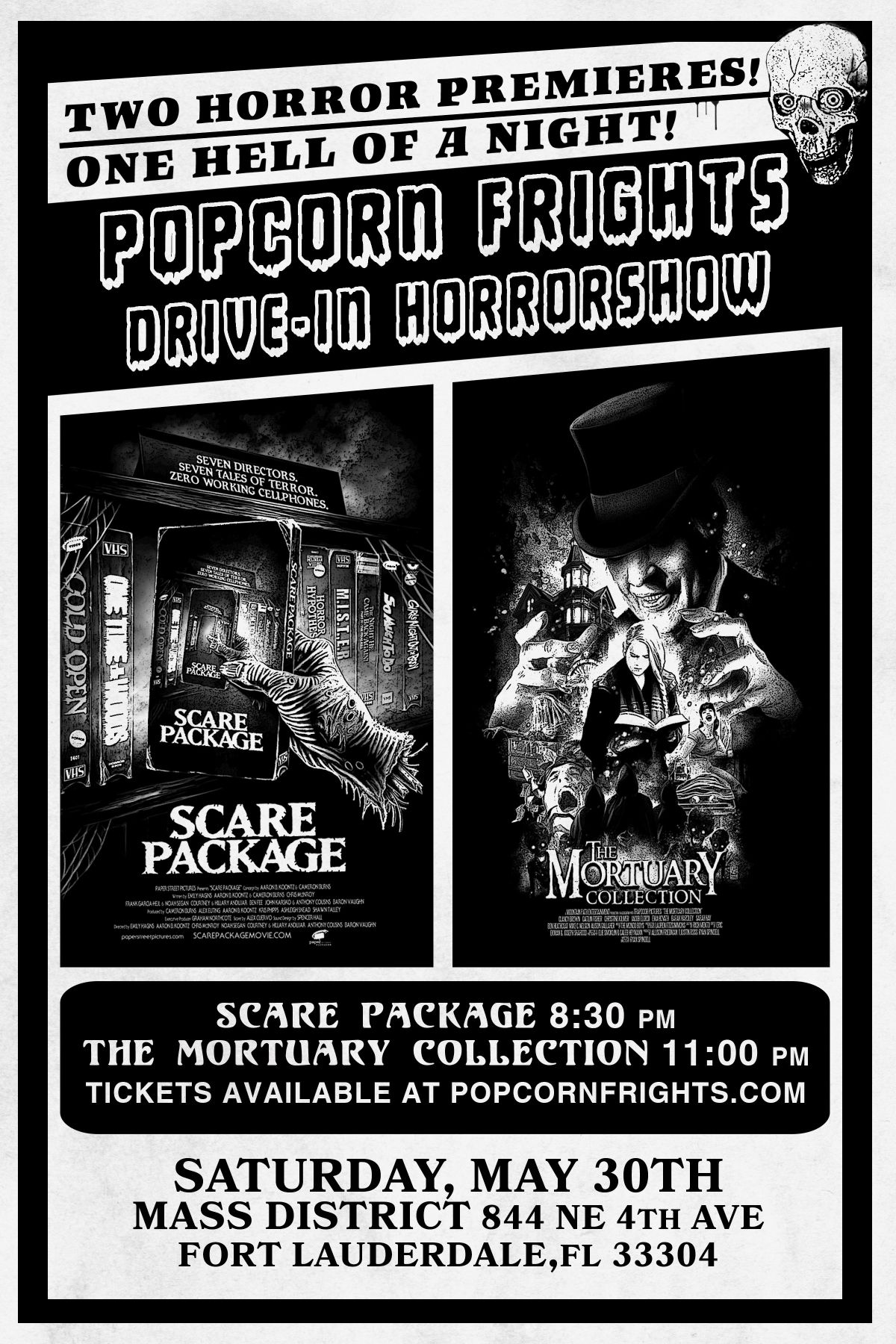 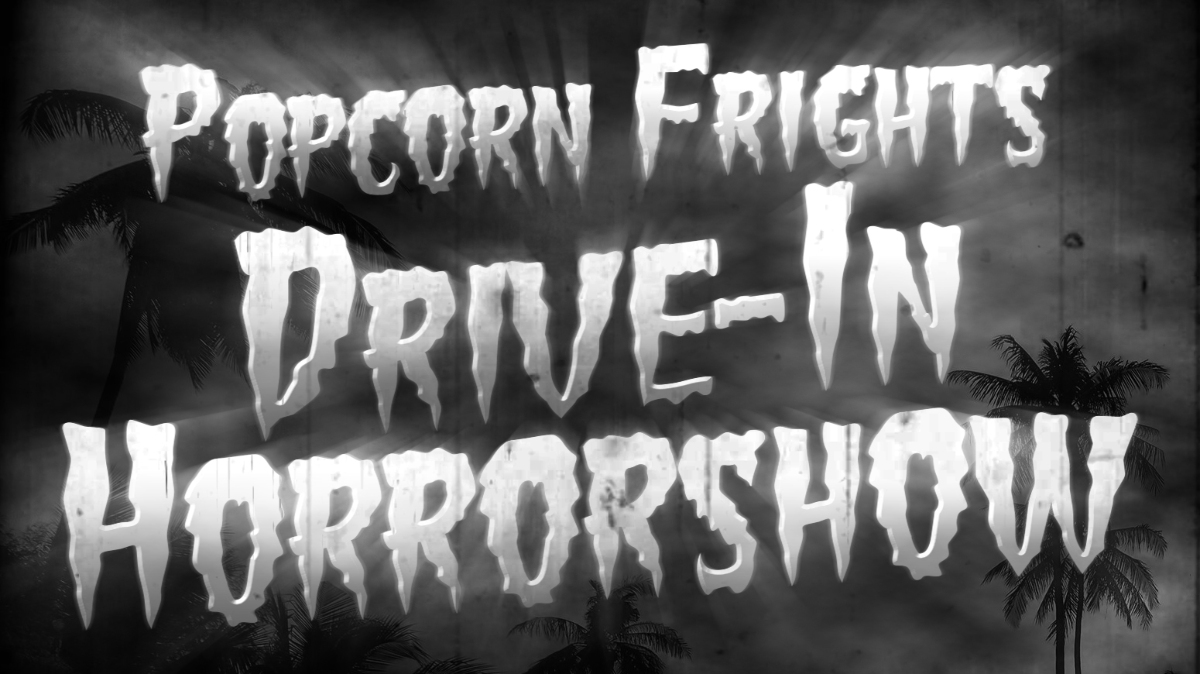