If you’re a movie fan, then chances are you’re already familiar with the concept of “cursed films,” which is when a project’s legacy has something of a sinister undertone to it due to extenuating circumstances beyond any sort of normal production woes. And for their new series entitled Cursed Films, Shudder is diving into whether or not films like Poltergeist, The Omen, The Exorcist, The Crow, and Twilight Zone: The Movie were actually doomed from the start, or victims of being dealt an unfortunate hand by fate.

The two episodes this writer had the opportunity to check out were for Tobe Hooper’s Poltergeist as well as Richard Donner’s The Omen, and for the most part, I found them extremely entertaining, although admittedly, neither one was very in-depth as a whole. For Poltergeist, filmmaker Jay Cheel dives into all the terrible things that happened to various cast members of the original film and the sequels, too. Most genre fans are already well aware of the tragic deaths of both Dominique Dunne and Heather O’Rourke, and that real skeletons were used on Poltergeist during the film’s climax when corpses start popping up everywhere at the Freelings’ home, so there’s not much revealed in this episode that I hadn’t already heard about previous to watching Cursed Films.

In fact, I think that the E! True Hollywood episode on Poltergeist from 2002 goes a bit deeper into everything than we get from this examination in particular, especially since there seems to be a focus switch that happens at the midway point of the episode towards general fandom (which is fine, but it doesn’t do much to support the thesis of Cursed Films). I did get a kick out of special effects legend Craig Reardon not only admitting to utilizing real skeletons on Poltergeist, but explaining how it was a commonplace practice in a lot of older horror films simply because they didn’t have the time or resources to create fake skeletons back then. And then he basically tells fans to shove off for even thinking those skeletons could in any way be tied to the tragedies that befell both Heather and Dominique.

The second episode of Cursed Films I watched was centered around The Omen, and I do think it’s the stronger of these two episodes in particular simply because there was so much more to explore here, especially when it comes to the satanic nature of the story of The Omen. Notable interviewees include Mace Neufeld, the film’s executive producer, as well as Richard Donner, who made it very clear he didn’t have any concerns about the Anti-Christ when he was making this movie.

Those involved with The Omen shared stories about Gregory Peck’s plane being struck by lightning on his way to start working on the film, and coincidentally enough, writer David Seltzer’s plane was also struck by lightning as he was on his way to the set. Even weirder, a flight that Peck had cancelled on had crashed and killed everyone on board, and Neufeld reflected on how the IRA were heavily active in London in 1975, and when he and his wife were on their way to dinner, a bomb went off a block and a half away, and the restaurant they were headed to was also bombed. Tragedy also struck John Richardson, the special effects supervisor on The Omen, as he was in a car accident and his fiancée was decapitated near a sign that read “Ommen 66.6km.”

We also hear from some witches and a few black magic specialists about whether or not Satan would try to influence a movie being made about the Anti-Christ in particular, but as a whole, it all boils down to the fact that while there were some terrible tragedies tied to The Omen, the film ended up being highly successful and most people involved with the project walked away relatively unscathed, and that was that.

Admittedly, I’m not really sure about utilizing the title of Cursed Films here, as it doesn’t necessarily seem accurate, since both of these episodes end up debunking the series’ running theory as a whole (and I suspect that’s going to be the case with the other episodes as well). I think there’s something intriguing and interesting about exploring the idea that horrible things can collectively happen on a movie set, and examining how they ultimately affect a film’s legacy, but trying to tie various crises to a higher power of some sort doesn’t do a ton for me, personally.

That being said, I still found the interviewees extremely engaging and compelling to watch (especially during The Omen episode), although I was bit bummed out that in these two episodes, there was only one female interviewee involved (yay for April Wolfe!), so I do hope to see more women represented in future episodes. 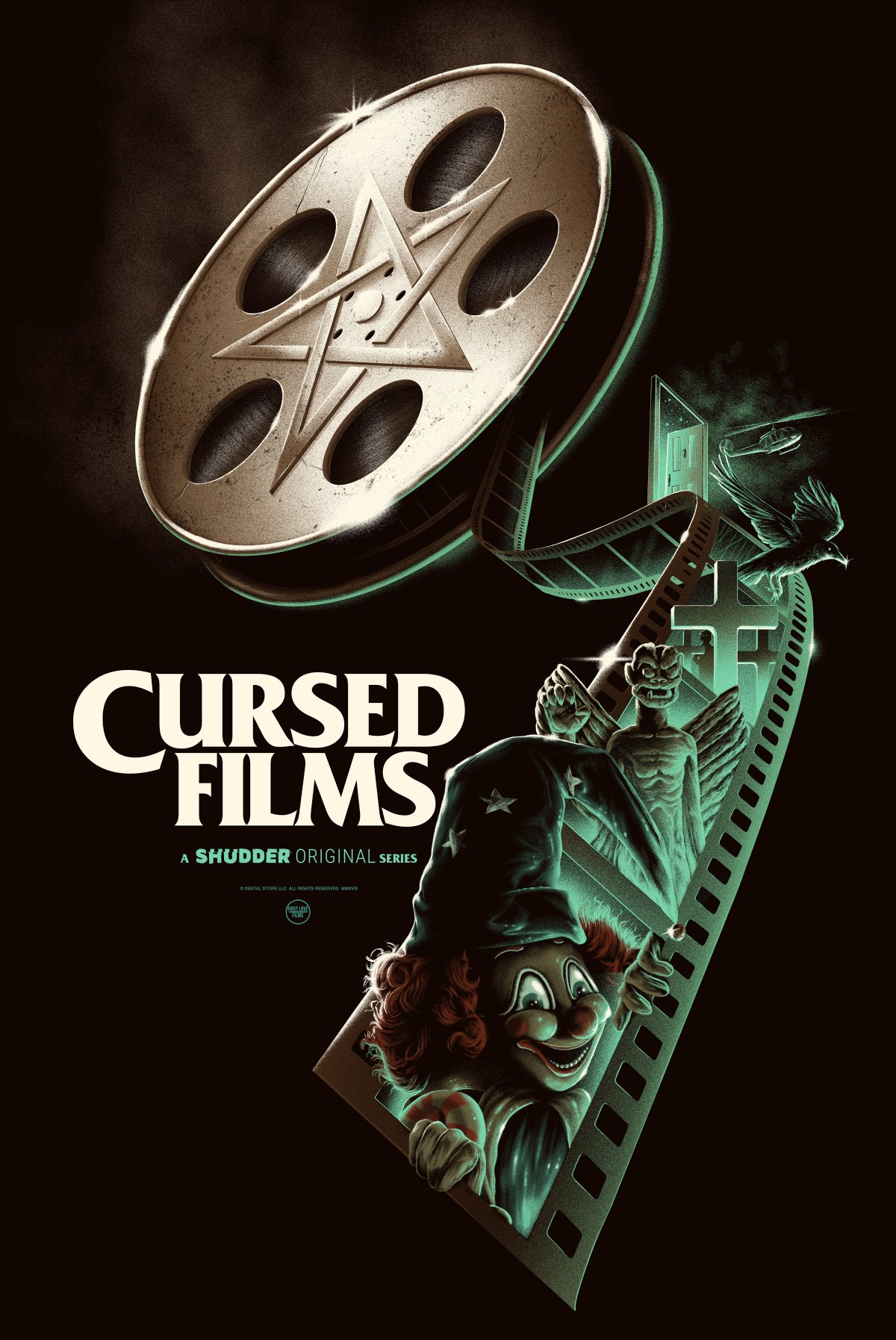