Preview Pages from THE HOUSE by Phillip Sevy & Drew Zucker

Following its very successful Kickstarter and release as a digital series, Phillip Sevy and Drew Zucker's The House is being collected by Dark Horse as a single 184-page trade that will be released just in time for Halloween on October 13th! Ahead of the release, we have preview pages that Daily Dead readers can check out right now to give them an idea of the terror that awaits in The House...

This fall, writer Phillip Sevy (TRIAGE, Tomb Raider) and artist Drew Zucker (Canto) dare you to enter The House! Originally released as a digital series, Dark Horse Comics has collected the critically-acclaimed passion project into 184-pages of pure trade paperback terror that will surely lure and delight horror fans to Halloween and beyond.

During the Battle of the Bulge, a squadron of US soldiers is caught in a blizzard while patrolling through the woods. Seeking refuge from the impending white out, they stumble across an abandoned manor, seeking shelter and safety. Once inside, however, the doors disappear, rooms begin to morph, exits become entrances, and they quickly realize there is no safety to be found! As their eyes deceive them, their minds descend into madness, panic, and paranoia. Is this real? Or is there more to this labyrinth than what resides within the walls? Secrets are revealed, history is retold, and death is the only mercy.

The creative team met at NYCC in 2010. Drew was a recent SCAD alum, and Phillip had just enrolled in SCAD’s MFA program for Sequential Art. Over the next six years, The House remained in production until its release on comiXology, and in 2018, was launched on Kickstarter for print, exceeding the funding goal by 50%. It landed on Paste Magazine’s 15 Best Horror comics of 2018, as well as nabbing a spot on the Top 100 Horror Comics of all time list. The decision for Dark Horse to reprint came in 2020 after selling out of all self-published copies.

“When Drew and I began working on The House, well over a decade ago, Dark Horse was one of our top Dream Publishers,” said Phillip Sevy. “We hoped to be able to work with Dark Horse to bring our story to the world. It was a long process with countless hours of hard work, spread out over years, but to have the book coming out through one of the premiere publishers of horror in comics is an honor and testament to the work we put in. We couldn’t be more excited.”

“For years The House has been a passion project for Phillip and I and we’ve been fortunate to have loyal fans and retailers during that time,” said Drew Zucker. “To have a partner like Dark Horse bring it to an even larger audience has been thrilling for us and we can’t wait to share it with everyone.”

Drew and Phillip were also kind enough to provide Daily Dead readers with some details on the preview pages below:

Drew Zucker: "This is one of my favorite sequences from The House, having the chance to build tension and atmosphere through exploration was  a great challenge.  Having the chance to draw an environment like The House while adding in scares was a real treat.”

Phillip Sevy: “The biggest challenge for this book fell on Drew’s shoulders - and that was not only designing and drawing a creepy haunted house - but being able to portray the shifting, changing nature of the House. It was a large undertaking and I love how he accomplished what we set out to do. This sequence is the opening of our cast exploring the space and it just sets the stage for what happens next.” 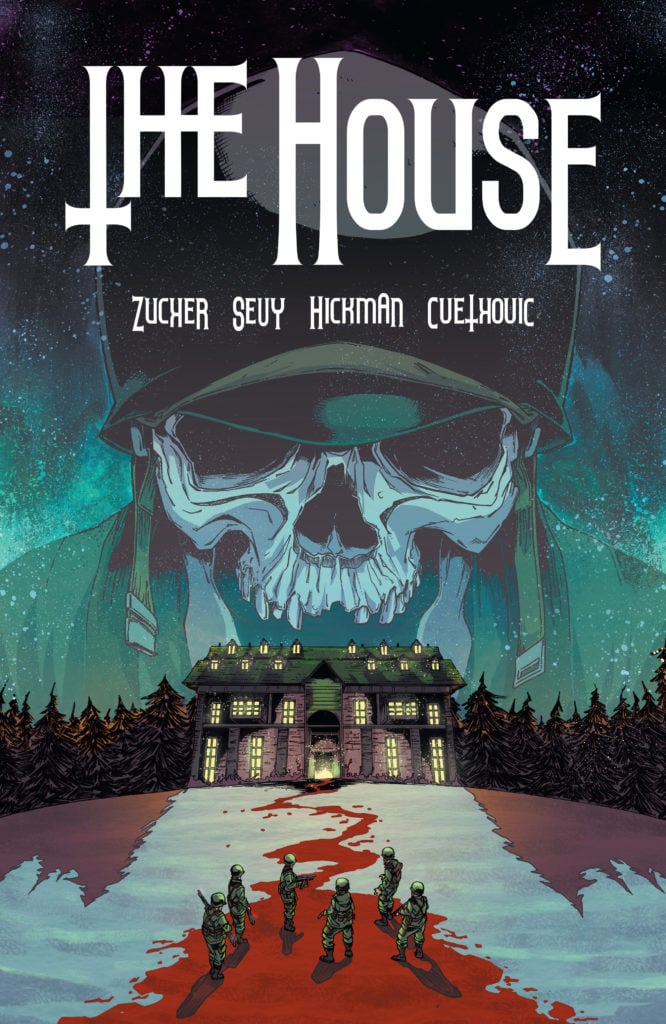 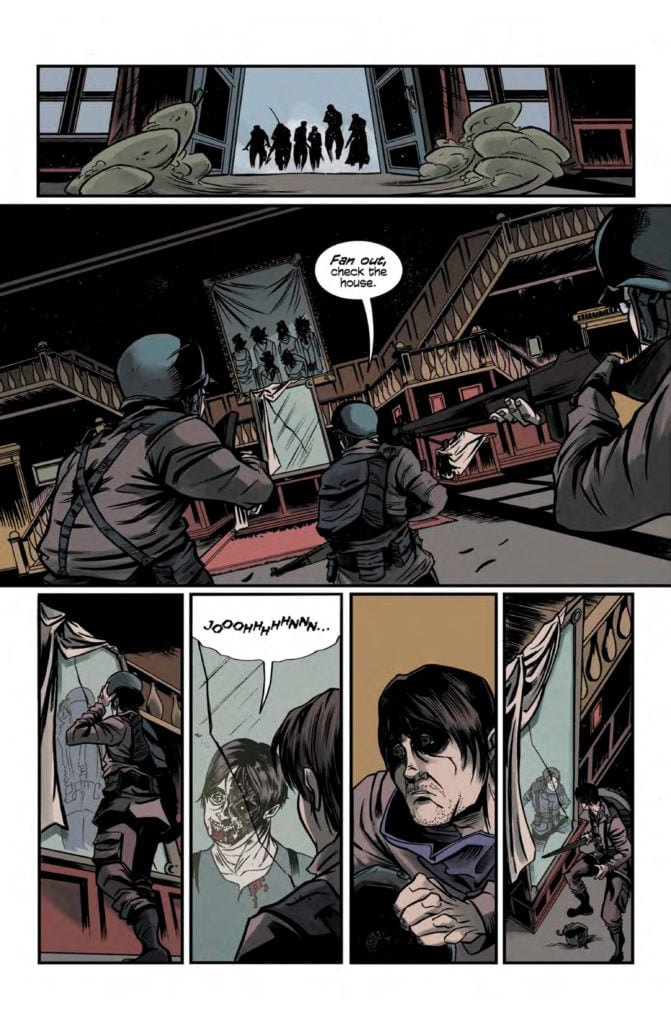 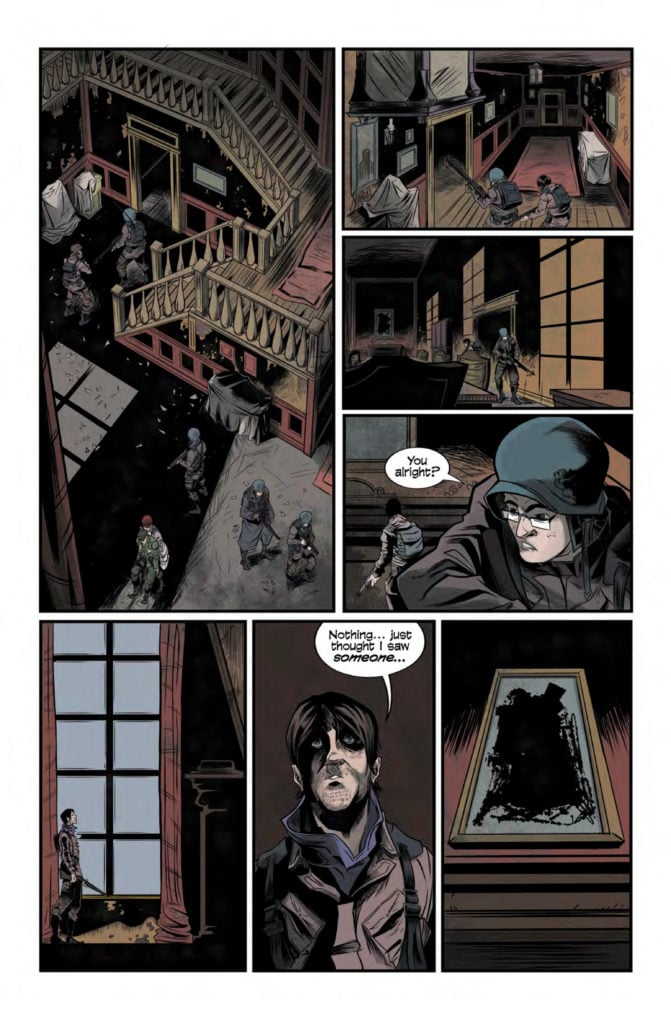 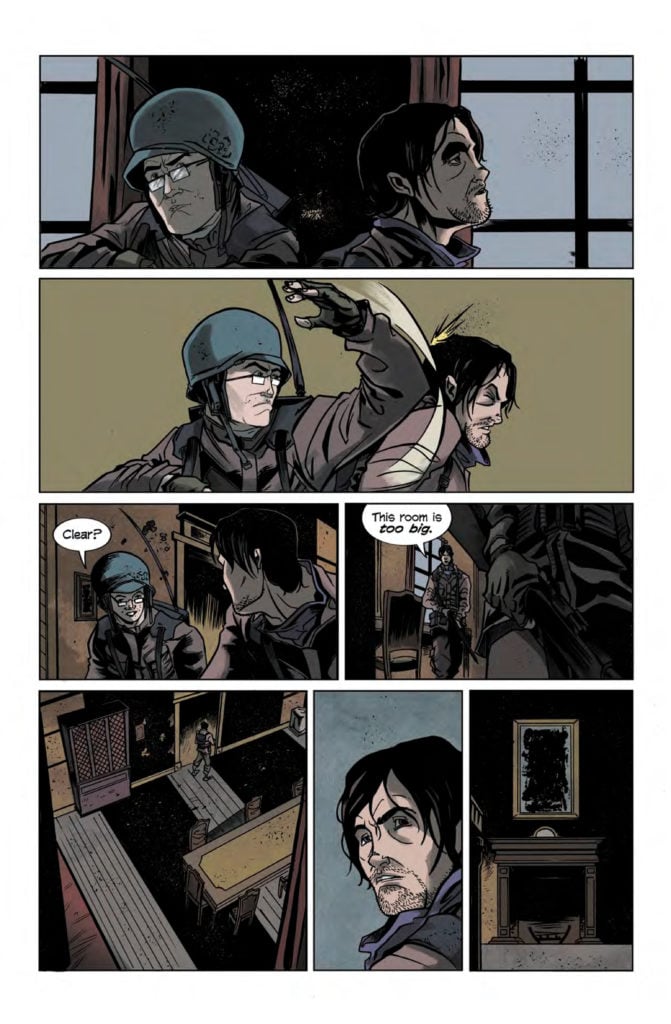 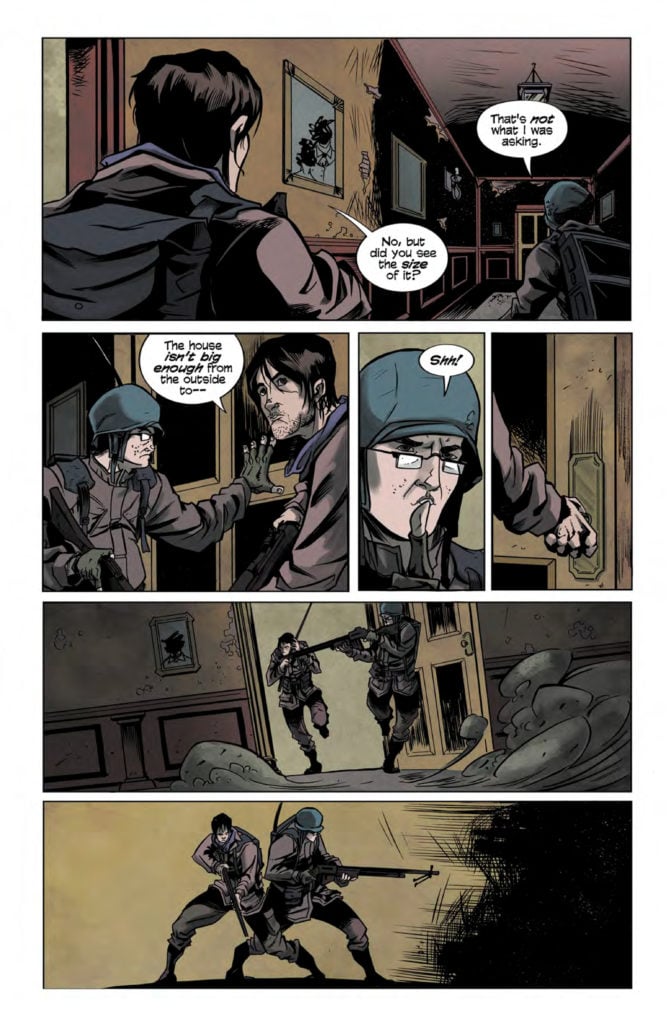 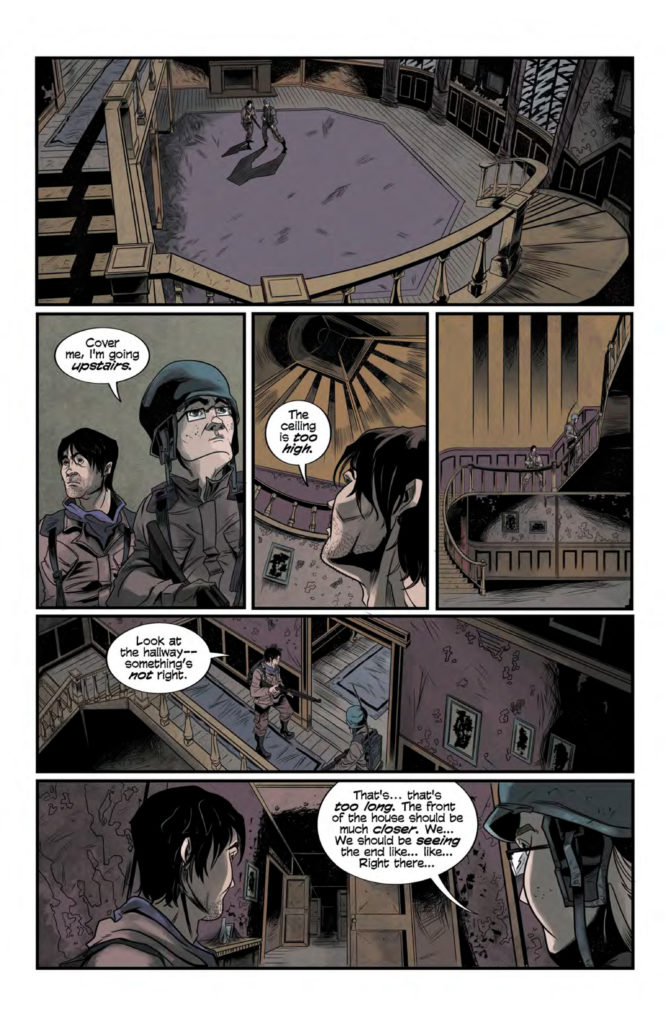