A widower in the near future looks to use AI to bring his late wife back to life in the new movie Archive, and with the sci-fi film out now on VOD and Digital, we caught up with writer/director Gavin Rothery in a new Q&A feature to discuss the real-life origin for Archive that took place nearly a decade ago, filming in frigid temperatures in Hungary, how his concept art background helped him create the movie's stunning futuristic visuals, and how being a stand-in on Shaun of the Dead helped influence his own approach to filmmaking.

Thanks for taking the time to catch up with us, and congratulations on Archive! How and when did you first come up with the idea for this film?

Gavin Rothery: It all came from a rough weekend I had back in 2011. I was spending the weekend tidying up my flat and both of my PCs died at the same time. When you’re working as a freelance artist, your computer is one of the most important things in your life, so it was a bad day. It was a severe failure, too—I had corrupted hard drives and all sorts of problems. I never found out what caused it, but eventually managed to recover most of my data from a professional recovery service. But it ruined my weekend and I had to spend the rest of the Sunday cleaning up my flat in a really bad mood. I was feeling down on computers and I was thinking about why my computers might want to kill themselves. Then I thought about a scientist creating a human equivalent AI and as soon as it becomes sentient it just wants to die. That was the germ of the idea that ended up becoming Archive. The story was pretty quick to figure out, I had it all sorted in a couple of months. But the rest of the film’s journey to screen would take the next nine years.

How long did it take you to write the first draft of the screenplay, and many drafts did you go through before you were ready to film?

Gavin Rothery: The writing journey was hard for me to get started because I spent four years trying to work with other writers. I’d never written a script before as I always saw myself as an ideas guy, so I had the story down back in 2011 and I thought the “proper” way to do it was for me to explain my story to them so they could work it up into a script. But every time I tried, I kept getting further and further away from what I wanted. I was explaining things in such granular detail that I thought I’d have a go at it myself so I could at least get a draft that could be used as a guide. But once I got into it, it just came together really nicely. And before I knew it, I’d just written my first film script that ended up becoming Archive.

Gavin Rothery: We shot out in Hungary, around Budapest. We were in a warehouse an hour's drive outside Budapest and it was -10 degrees Celsius outside—really, really cold. We had a 28-day shoot and I went up to Norway for three days with my drone to get some aerial B-roll and VFX plates.

You work with an amazing cast in Archive, including Rhona Mitra, Theo James, and Toby Jones. What was it like working with them to bring your story to life?

Gavin Rothery: Amazing. Stacy Martin put in a real turn as Jules, J3, and also the voice of J2. Everybody was super cool and lovely to work with. My big regret is that I couldn’t go along to all the evening meals after the shooting because I was usually busy prepping for the next day. I’ll say this about Theo, though—he’s a dude.

The production design by Robin Lawrence and cinematography by Laurie Rose really bring the near future of Archive to life in beautiful ways. Did you have any guidelines on how you wanted your version of the future to look like?

Gavin Rothery: I didn’t have to, because I did it myself 😉 . I come from a concept art background and so I knew what I wanted this all to look like as I was writing and the tight budget meant we had to choose our battles carefully. The whole production design approach was an elaboration of the one I’d developed for Moon, as our shooting budgets were comparable. So I was really just trying to level up as much as I could whilst keeping things on the rails. Also, I do a lot of my concept art in 3D, so designing things like the robots was really safe—I could be sure they translated across to stage costumes without morphing into something else, as I’d already made them once.

Archive deals with the timely topic of AI and its effects on humanity. Do you hope viewers take away any messages about technology after watching your film?

Gavin Rothery: The only message I’d really like people to take away is to reach out and give the ones they love a cuddle. Because they might not always be there.

Gavin Rothery: Probably the scenes in George’s workshop where J3 is without legs and attached to the robot arm. I just loved seeing Stacy Martin walking on set in her early stage J3 makeup. She looked so cool and otherworldly. And when Laurie Rose had done his thing with the lighting, the whole thing came to life so beautifully, and when Theo James stepped in and the pair of them started to engage, it was just wonderful to witness. It was a pretty cool room to be in whilst we were shooting those scenes. Very cold, though—it was minus 10 degrees Celsius outside and there was no real heating.

Prior to directing, you’ve worked in various departments on iconic projects like Shaun of the Dead, Moon, and Grand Theft Auto III. Did those diverse experiences inform how you approach directing?

Gavin Rothery: Definitely in regards to world-building. The games industry is all about world-building and I’ve been doing it for nearly 25 years now, and to be honest, I find world-building for film much more refreshing. It’s great to not have to worry about every little detail in every little corner. Although I tend to go that way instinctually when designing a set. One thing I will say is that the brief amount of time I spent on the set of Shaun of the Dead was incredibly influential. Getting to see Edgar Wright doing his thing up close left a real mark on me. I love his work and it was an honor to be involved in the tiniest of ways.

What has it been like to partner with Vertical Entertainment to bring Archive to the masses?

Gavin Rothery: Vertical have been fantastic partners in this whole process. I really appreciate them joining forces with us and letting Archive represent their brand. It’s been an absolute pleasure.

With Archive out now, what other projects do you have coming up that you’re excited about, and where can our readers follow your work online?

Gavin Rothery: I do have this idea about a clone slave returning to Earth to exact revenge on the company that sent him to the moon… I’m kidding, of course. I do have a project that I’m working on at the moment that’s quite far on, so fingers crossed I might get the opportunity to show you where diamonds come from in the far future. Hopefully sooner than the next nine years… 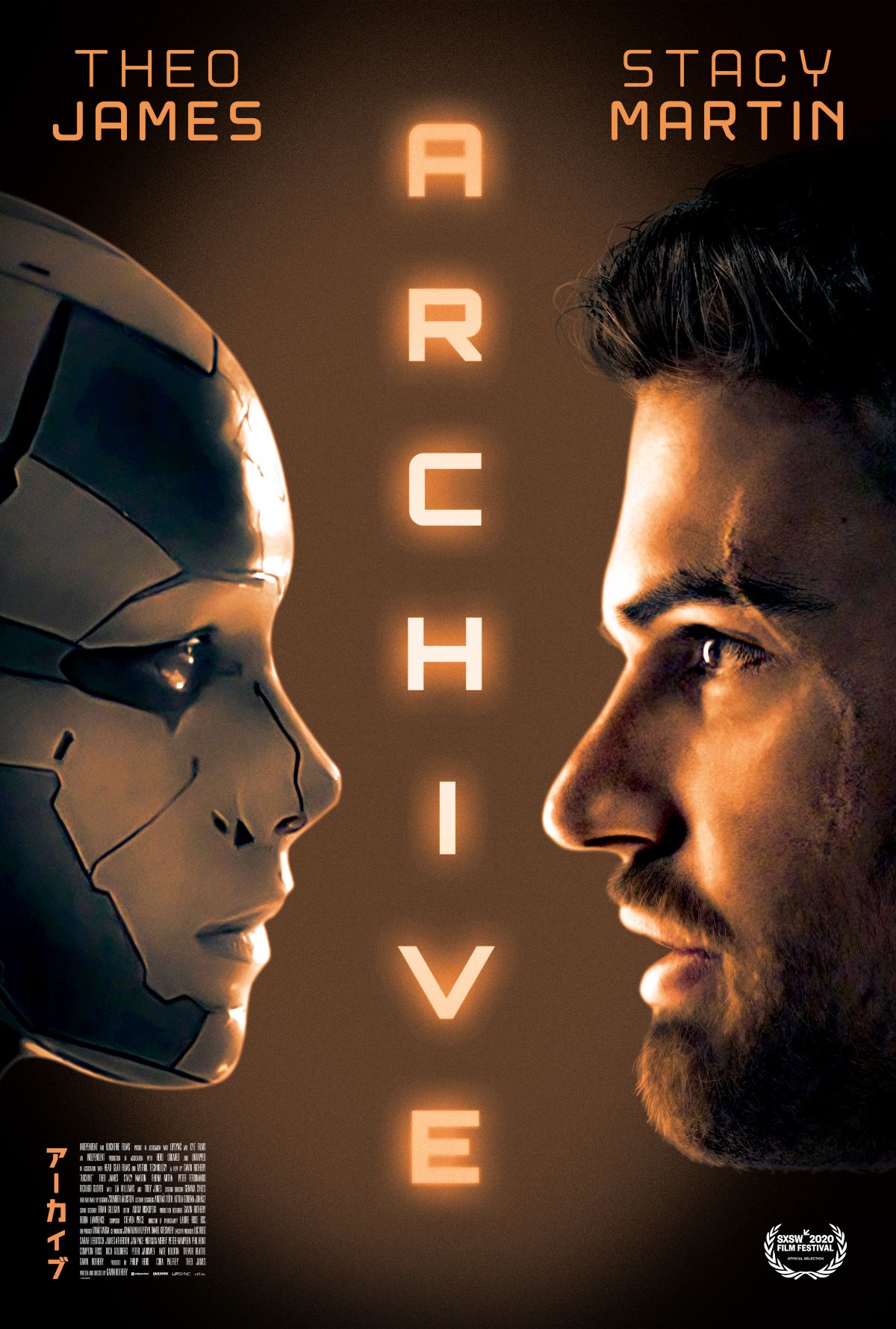