Scream Factory has announced the release of Paranoiac (Collector’s Edition)  Blu-ray on February 8th! Here's a look at the cover art and list of special features:

Special features include a new 2K scan from the interpositive, a new audio commentary, and two new interviews.

Nothing is quite what it seems in this riveting, complex tale of greed, dementia and deceit from Hammer Films, the experts in terror. Rescued from a suicide attempt by a man claiming to be her long-dead brother, a young heiress (Janette Scott, The Day Of The Triffids) finds a new reason to live. But her relatives have doubts. They think “Tony” (Alexander Davion) is an imposter who’s trying to get his hands on the family fortune. Everyone has their own secret reasons to suspect Tony, as well as their own designs on his vast inheritance – especially brother Simon (Oliver Reed, The Curse Of The Werewolf), a magnetic but devastatingly cruel wretch who’ll stop at nothing to thwart the supposed pretender.

·       The Making of Hammer’s PARANOIAC hosted by author Wayne Kinsey 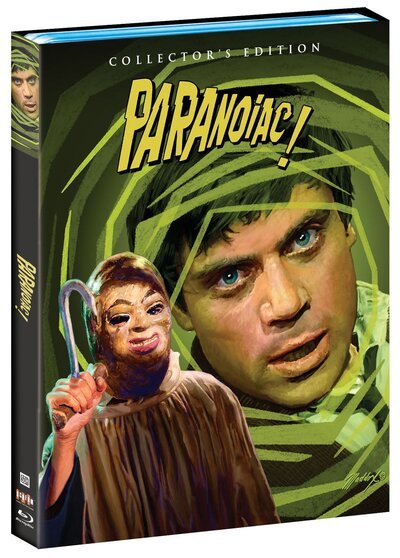