Marketed as a slasher film, Rabies (Kalevet) begins with a girl, Tali (Liat Harlev) trapped down a hole in a forest, and her brother Ofer (Henry David) cannot get her out. While running through the forest for help he is hit by a car carrying four twenty something tennis players off to a match.

This predicament sets off a wave of events involving a pair of cops, a couple park rangers, their dog and a madman on the loose in the forest. Now logic says that the madman whom we witness doing terrible things to the girl in the hole will be the source of suffering in the film. After all, we have the usual suspects: two young guys, two young girls and a horrible car accident trapping them there for the picking. But all I will say is you couldn’t be more wrong!

Written and directed by Navot Papushado and Aharon Keshales, Rabies is a smart, witty, darkly funny roller coaster ride of subverted expectations. It is in no way “in the tradition of Wrong Turn” if you were to believe what the blurb on the back of the DVD says. I have watched this twice now and look forward to watching it with friends, and so should you!

The film appears to be the first Hebrew language horror film to be produced in Israel, and has a nice, universal appeal. Interestingly, it works on several levels depending on how you decide to read it. On its surface it is an exciting thriller, where anything and everything will happen. If you give it a little more thought, you have a dissection of the corruption of authority, and the questioning of the frailty of the human bond, whether it’s familial or friendly.

Surprisingly, for a low budget horror film the acting, directing, writing, are all solid. I don’t say this to denigrate the genre I love, but like many lovers of horror, I have sat through more than my fair share of junk. A cast full of actors I had never seen perform was another great treat, as everyone acquitted themselves wonderfully.

Visually, the film really takes advantage of its location, the photography is sharp, and the two directors have a nice sense of pacing and timing. The film is beautiful and the photography is impressive. The DVD image is clean and detailed, showing off the environments nicely. The bold colors in some costumes really pop against the brown and greens of the forest setting, and the collection of beautiful faces on display is given their due.

An impressive film aurally, the sound FX are used sparingly at times, but to great effect. The one thing I found rather odd is the absence of much ambient sound. After all, these people are in a forest and you would expect to hear more “out there”. Sadly, extra features only include a collection of trailers. It would have been interesting to hear the creative team chime in on how this project came about.

One of the most unfortunately named films to come along in ages is also one of the best horror movies I have seen in years. Not that I mind the title Rabies, but it is a bit misleading, and I fear it would make people assume this is a film about some pandemic that is come to wipe out humanity.

Having said that, there is a disease that is coming to plague the characters in this film, and that is the disease of being human, and making very real and well, human mistakes. This simple statement about the human condition is what makes this film so powerful. Run, don’t walk, through the woods to track this down! And watch out for bear traps! 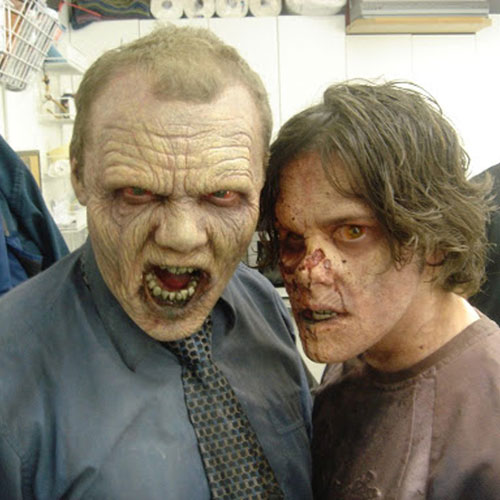