Written and directed by Joe Begos (Bliss, VFW), the holiday horror film Christmas Bloody Christmas follows a robotic Santa Claus on a violent rampage, and we have a look at the trailer and poster ahead of its December 9th theatrical and Shudder streaming release.

You can check out the trailer and poster for Christmas Bloody Christmas below, and in case you missed it, read John Duarte's Beyond Fest review of the film!

"It’s Christmas Eve and fiery record store owner Tori Tooms just wants to get drunk and party, until the robotic Santa Claus at a nearby toy store goes haywire and makes her night more than a little complicated. Santa Claus begins a rampant killing spree through the neon drenched snowscape against a backdrop of drugs, sex, metal and violence, ultimately forcing Tori into a blood splattered battle for survival against the ruthless heavy metal Saint Nick himself." 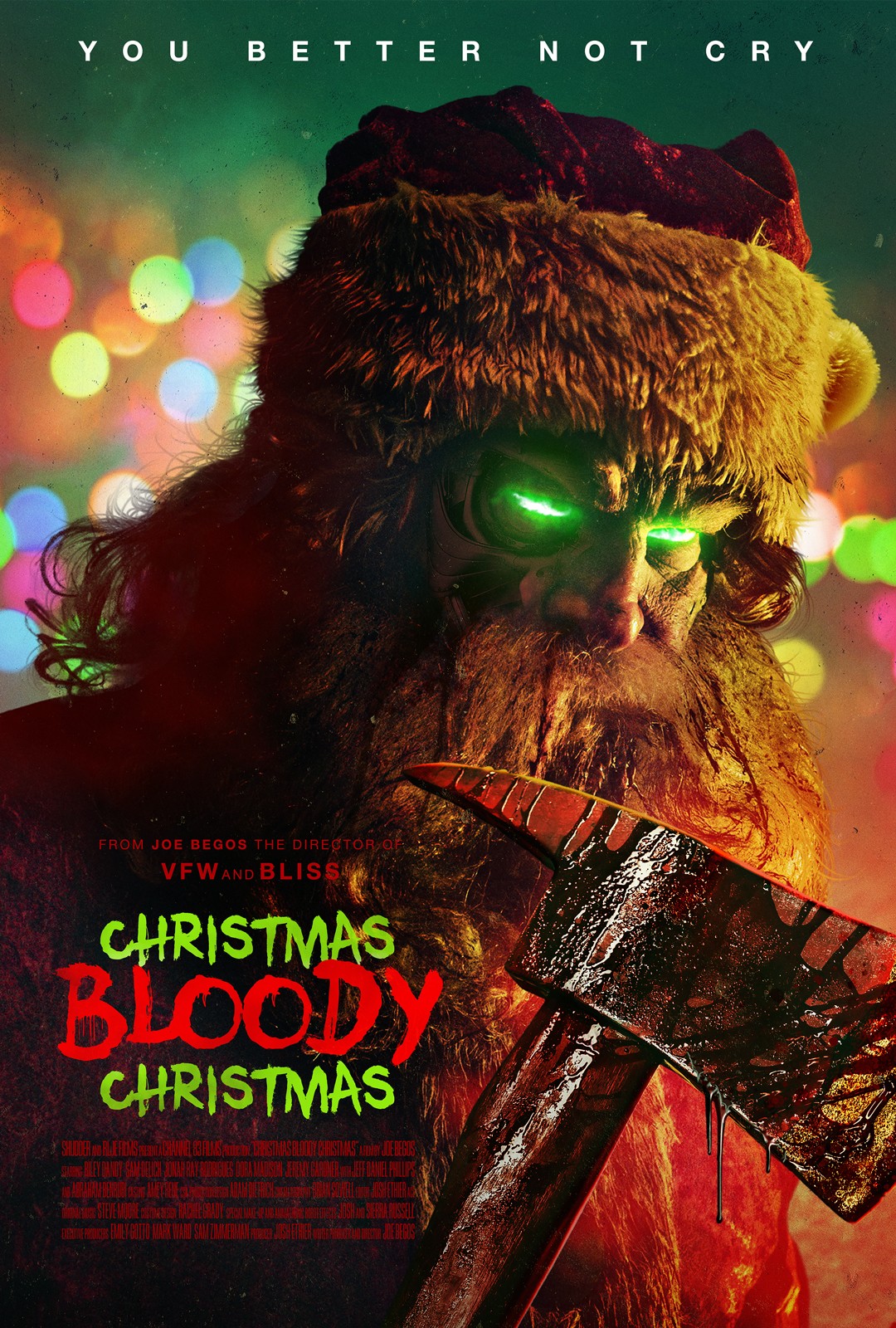