Following its release on the streaming service Shudder this past summer, the horror comedy anthology Scare Package is coming to Blu-ray, DVD, VOD, and Digital HD on October 20th via RLJE Films.

We have the official press release with full details below, and visit our online hub to catch up on all of our Scare Package coverage.

In SCARE PACKAGE, Chad Buckley is a lonely Horror aficionado, spending his days overseeing a struggling video store and arguing with his only customer, Sam. When an unsuspecting job applicant arrives, Chad sets out to teach him the rules of Horror; weaving in and out of hilarious segments geared toward the ropes and tropes of terror.

SCARE PACKAGE was created by Aaron B. Koontz and Cameron Burns of Paper Street Pictures and is directed by Emily Hagins (My Sucky Teen Romance), Chris McInroy (Death Metal), Noah Segan (Knives Out), Courtney and Hillary Andujar (production design on The Wind), Anthony Cousins (The Bloody Ballad of Squirt Reynolds), Baron Vaughn (“Grace and Frankie”) and Koontz (The Pale Door) who all co-wrote the film with Frank Garcia-Hejl (“Ramsey Has a Time Machine”), Ben Fee (Missio: I See You) and John Karsko (After Dark).

These releases contain extensive bonus features including a Creators Commentary track with creators Aaron B. Koontz and Cameron Burns, bonus segment Locker Room Z, The SCARE PACKAGE Blooper Reel, Rad Chad's Rad Ad, and the Original Not-As-Good Ending. And for the first time ever on a physical medium, the SCARE PACKAGE episode of Shudder’s “The Last Drive-In with Joe Bob Briggs” is available exclusively on the Blu-ray.

Bonus features on the DVD include:

Bonus features on the Blu-ray include all of the above, as well as: 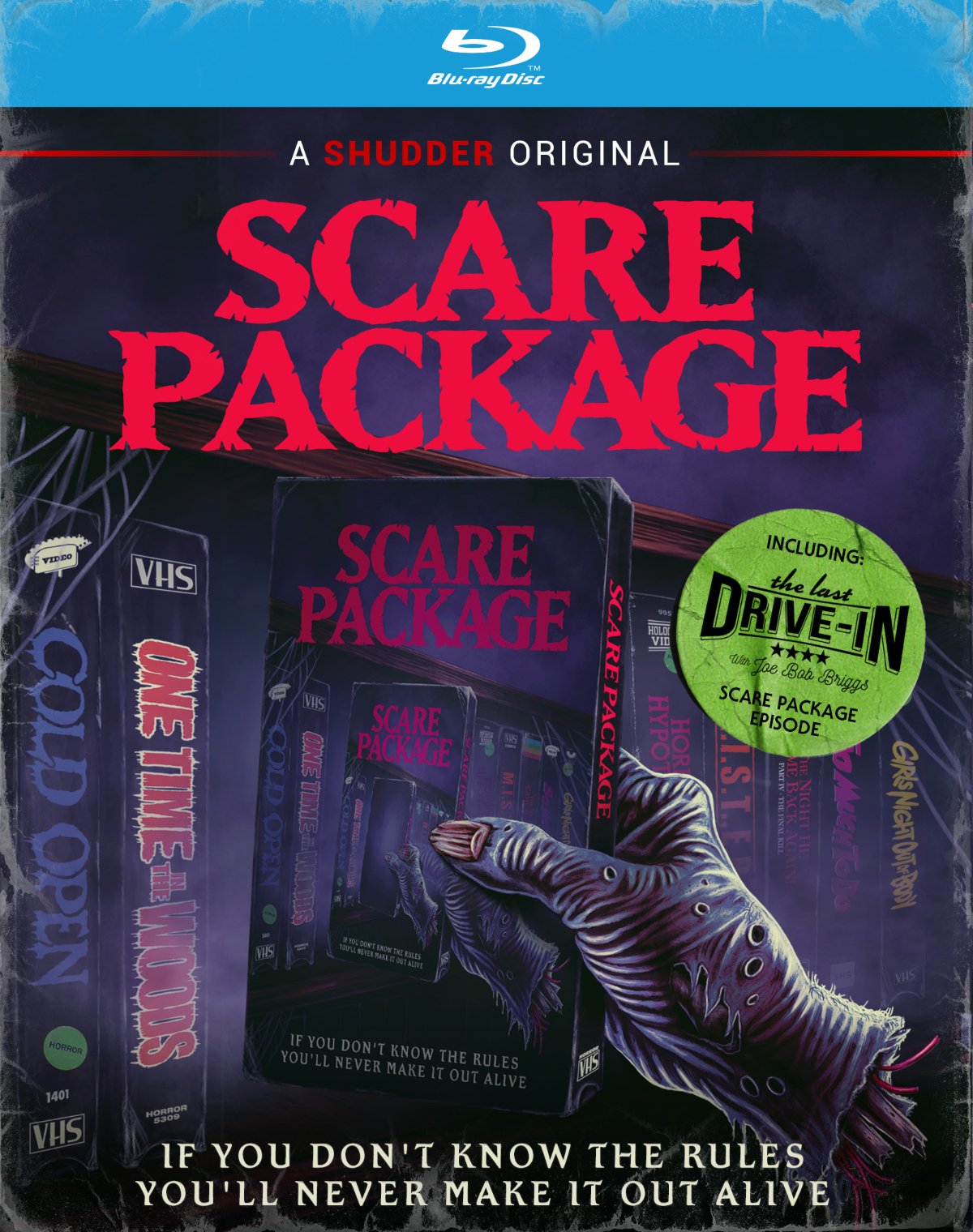