Scream Factory Announces Blu-ray Releases for THE CURSE OF THE WEREWOLF, THE SPIDER, THE LOST CONTINENT, and CAPTAIN KRONOS: VAMPIRE HUNTER

In addition to revealing a Collector's Edition Blu-ray release for John Carpenter's Escape From L.A., Scream Factory is also kicking off a new year of horror home media releases with Blu-ray announcements for The Spider (aka Earth vs. the Spider) and the Hammer films The Curse of the Werewolf, Captain Kronos: Vampire Hunter, and The Lost Continent.

All four new Blu-rays are due out in April, and while full special features will be revealed at a later time, we have Scream Factory's official announcements and cover art below:

The Curse of the Werewolf Collector's Edition Blu-ray: "Our love for Hammer Films continues into the new year with an upgraded version of THE CURSE OF THE WEREWOLF! Details we have at this time are as follows:

• This is being presented as a Collector’s Edition release and will come guaranteed with a slipcover in its first three months of release.

• The newly commissioned artwork you see pictured comes to us from artist Mark Maddox (Dracula: Prince of Darkness, Frankenstein Created Woman). This art will be front-facing and the reverse side of the wrap will feature the original theatrical artwork.

• New extras are in progress and will be announced on a later date (March timing). We can confirm today though that we are proceeding with a new transfer of the film!

Pre-order now directly from us @ https://www.shoutfactory.com/…/the-curse-of-the-werewolf-co…
The first 500 orders from our site will receive an exclusive limited-edition 18” x 24” rolled poster of the exclusive new illustration."

The Spider Blu-ray: "Last year we released the giant arachnid film Tarantula, this year we spin out THE SPIDER (1958) (Also known as Earth vs. The Spider)! Crawling to Blu-ray for the first time on 4/21/20.

Quiet River Falls is the town awakened by the insect’s devastating rampage. Two teens discover the monster, see it temporarily disabled by gas … and then watch in terror as it unfolds its eight arms of doom. Will our heroes survive? Or will the entire town fall prey to this unstoppable fanged horror?!? Moviegoers had already been exposed to giant ants and a man turning half-fly when THE SPIDER creeped onto movie theatre screens. Producer/writer/special effects supervisor Bert I. Gordon was just the man to bring this giant arachnid to the screen, having frightened moviegoers with films like Attack of The Puppet People and The Amazing Colossal Man.

Extras are in progress and will be announced on a later date. Pre-order now @ https://www.shoutfactory.com/product/the-spider…"

The Lost Continent and Captain Kronos: Vampire Hunter Blu-rays: "More horrors from Hammer Films are on their way this April!

THE LOST CONTINENT (1968) - The passengers of an old freighter en route to South America find that their voyage is truly damned! The nightmare begins when Captain Lansen (Eric Porter) attempts to transport illegal explosives and their rusty tramp steamer becomes stranded in the vast floating swamp of the mysterious Sargasso Sea. Under the cover of night, the terrified travelers encounter unspeakable monsters, man-eating seaweed, vicious mutant pirates and stupendously endowed women. All aboard for this “marvelously absurd, straight-faced anthology of comic-strip plots, dialogue, devices and special effects” (The New York Times)!

Street date: 4/28/20. Extras are in progress and will be announced on a later date. Pre-order now @ https://www.shoutfactory.com/product/the-lost-continent…

CAPTAIN KRONOS: VAMPIRE HUNTER (1974) - In a small village in the remote English countryside, several young maidens have been found dead – their beautiful faces horribly aged almost beyond recognition. Suspecting a supernatural evil at work, the local doctor calls on Army friend and famed vampire hunter Captain Kronos, an expert swordsman formerly of the King's Imperial Guard. Aided by his expert assistant, Professor Grost, the two quickly confirm the gruesome murders are the work of a unique type of vampire, one who drains its victims not of their blood, but of their youth! After forging a lethal new sword from an old graveyard cross, the vampire hunters set out to put an end to evil's reign of terror in this Hammer Films horror classic.

Street date: 4/14/20. Extras are in progress and will be announced on a later date. Pre-order now @ https://www.shoutfactory.com/…/captain-kronos-vampire-hunte…" 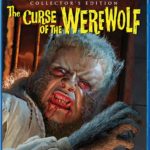 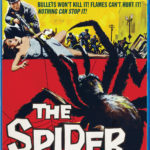 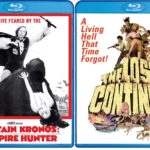