Given five stars by Emily von Seele in her Fantastic Fest review, Carlo Mirabella-Davis' Swallow is coming to Blu-ray and DVD on August 4th from Scream Factory.

You can check out the official press release with full details below, and in case you missed it, read Heather Wixson's review of Swallow and her interview with Mirabella-Davis.

Press Release: A provocative and squirm-inducing psychological thriller, Swallow follows one woman’s unraveling as she struggles to reclaim independence in the face of an oppressive system by whatever means possible. Written and directed by Carlo Mirabella-Davis (The Swell Season), this critically acclaimed film makes its Blu-ray and DVD debut August 4, 2020 from Scream Factory, in conjunction with IFC Midnight. Fans of this unnerving tale can pre-order their copies now by visiting ShoutFactory.com

On the surface, Hunter Conrad (Haley Bennett, The Girl on The Train) appears to have it all. A newly pregnant housewife, Hunter seems content to spend her time tending to an immaculate home and doting on her Ken-doll husband, Richie (Austin Stowell, Whiplash). However, as the pressure to meet her controlling in-laws and husband’s rigid expectations mounts, cracks begin to appear in her carefully created facade. Hunter develops a dangerous habit, and a dark secret from her past seeps out in the form of a disorder called pica – a condition that has her compulsively swallowing inedible, and oftentimes life-threatening, objects. 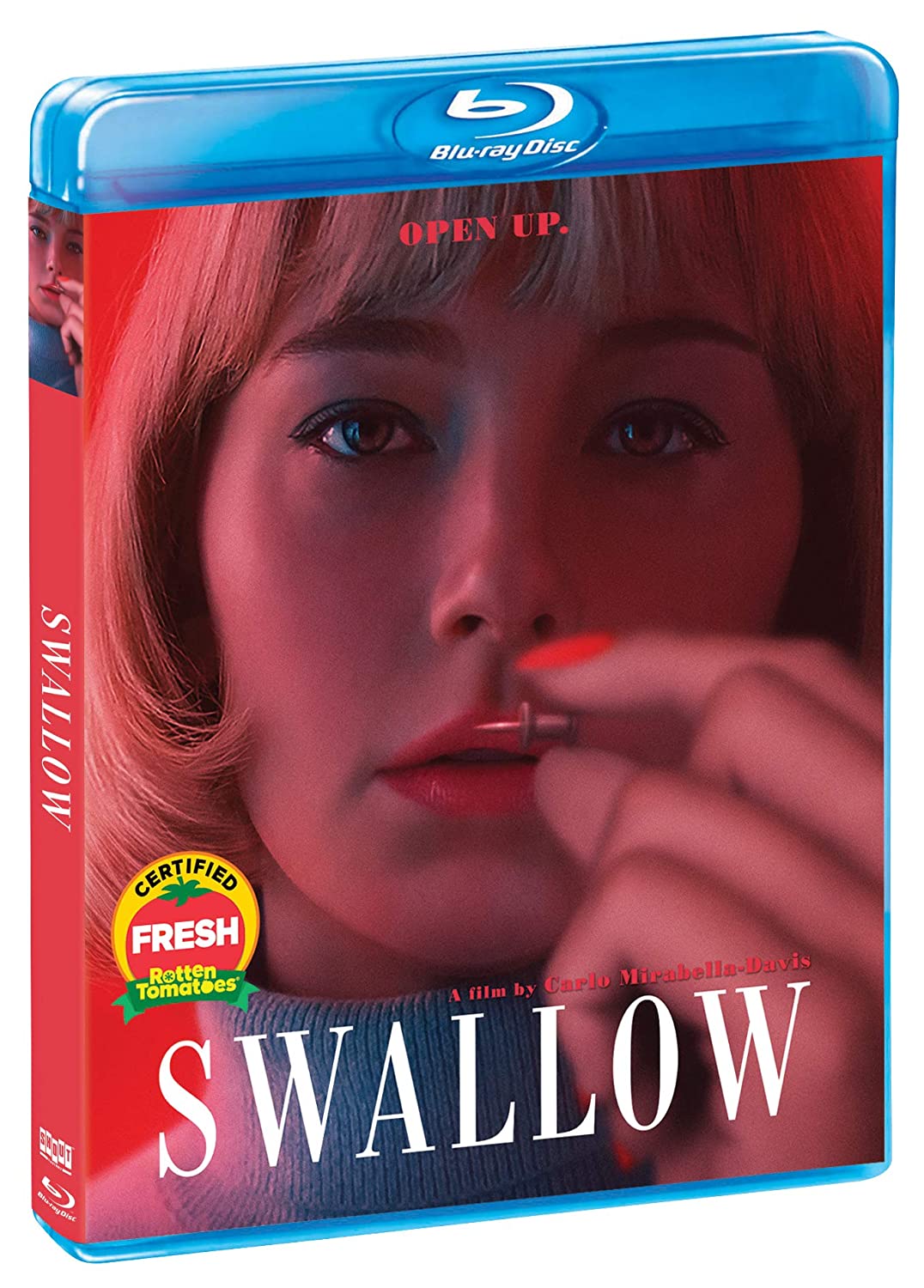