Starring Jeff Bridges, Charles Grodin, Jessica Lange, the 1976 remake of King Kong is coming to Blu-ray like never before in a new Collector's Edition Blu-ray from Scream Factory, and we have the list of bountiful bonus features for the new release, including a new audio interview with legendary makeup effects artist Rick Baker:

Press Release: Los Angeles, CA – On May 11, 2021, Scream Factory proudly presents King Kong (1976) on Blu-ray for the first time in North America. The sweeping 70s remake of the classic tale comes home in a 2-disc definitive collector’s edition set including both the theatrical cut with a new restored theatrical stereo track and an extended TV broadcast cut with a new 2k scan of the additional TV footage from the internegative. The release also comes packed with bonus features including new audio commentary with film historian Ray Morton (author of KING KONG – THE HISTORY OF A MOVIE ICON) and several new interviews with cast and crew. Fans who order from shoutfactory.com will also receive an exclusive poster featuring brand-new artwork, while supplies last. The Petrox company’s search for new oil reserves on a strange island unleashes a terror unseen by civilized man—KING KONG! The timeless story of a “beauty” (Jessica Lange, making her feature-film debut) and a “beast” comes to the screen in this ambitious production from Dino De Laurentiis. Charles Grodin is the scheming oil company shark out to exploit the giant beast to his fullest. And Jeff Bridges is the desperate hero, Jack Prescott, who attempts to wrest the beautiful heroine from King Kong’s grasp. New York City trembles with each echoing footstep of the towering ape set loose in the streets! 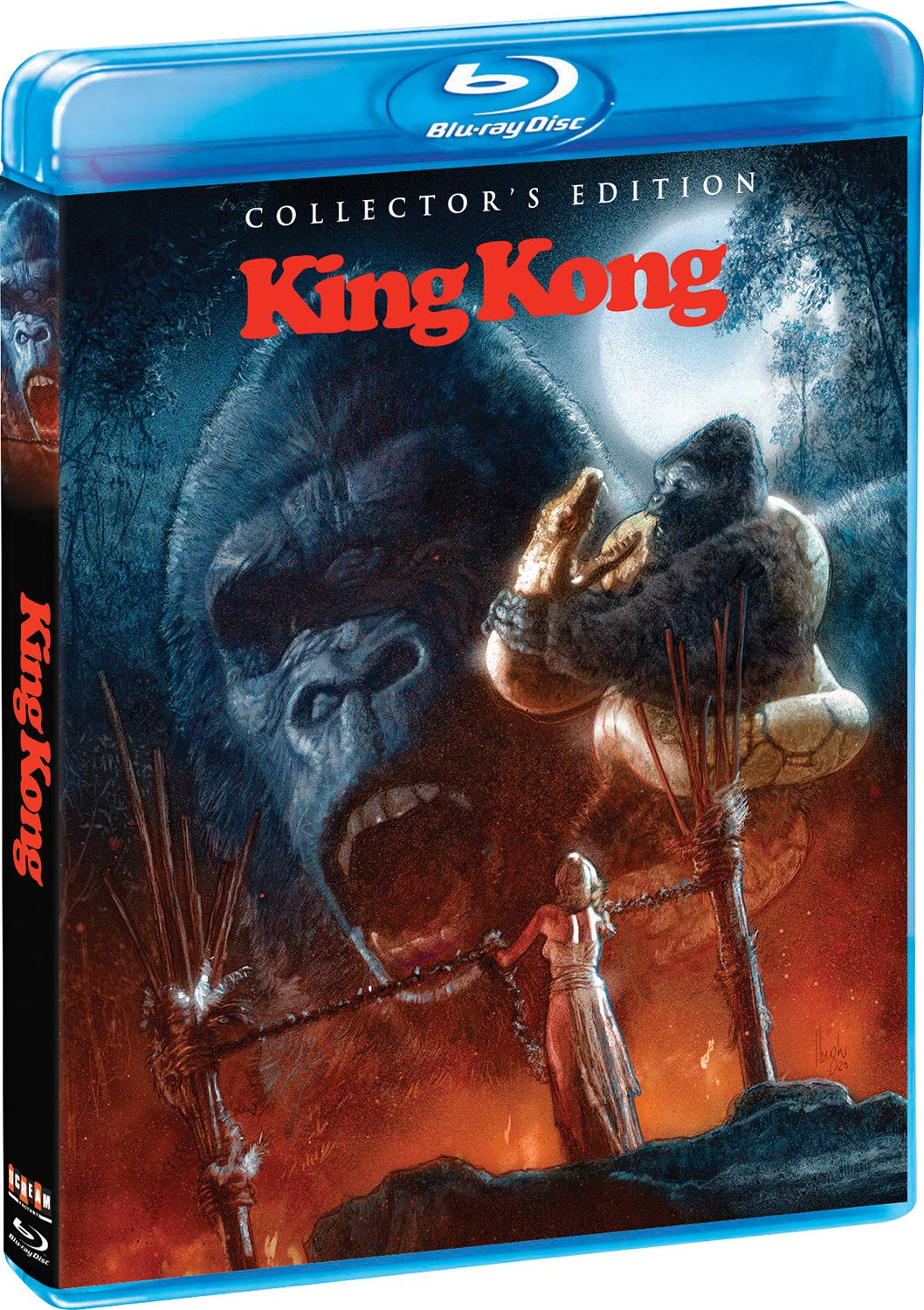