Set during the horrors of World War II, a group of survivors on a life raft discover a new kind of horror when they board a ship infested with vampires in the new movie Blood Vessel. With the film coming out on July 21st from The Horror Collective, we've been provided with an exclusive behind-the-scenes clip that shows the makeup effects process to create the chilling lead vampire, The Patriarch (Troy Larkin).

You can watch the exclusive clip below, and we also have additional details and the previously released trailer for Blood Vessel.

From the Press Release: [Los Angeles, CA] A behind-the-scenes clip from the upcoming WWII creature-feature BLOOD VESSEL, which genre distributor The Horror Collective is releasing, has been posted by DailyDead.com. The clip delves into the creation of the lead vampire, played by Troy Larkin (WOLF). The film will be released on July 21st.

Co-written by Jordan Prosser, the film was co-written and directed by Justin Dix, award-winning special effects supervisor and director of Wicked of Oz studios. He has worked on such films as THE BABADOOK, 100 BLOODY ACRES, CRAWLSPACE, THE LOVED ONES, and LAKE MUNGO, as well as dozens of others.

About The Horror Collective:

The Horror Collective is a destination for independent horror filmmakers to connect their diverse and terrifying genre films to fans. They believe in championing voices from around the world, such as Panama’s first horror film DIABLO ROJO PTY and Ireland’s THE PERISHED. 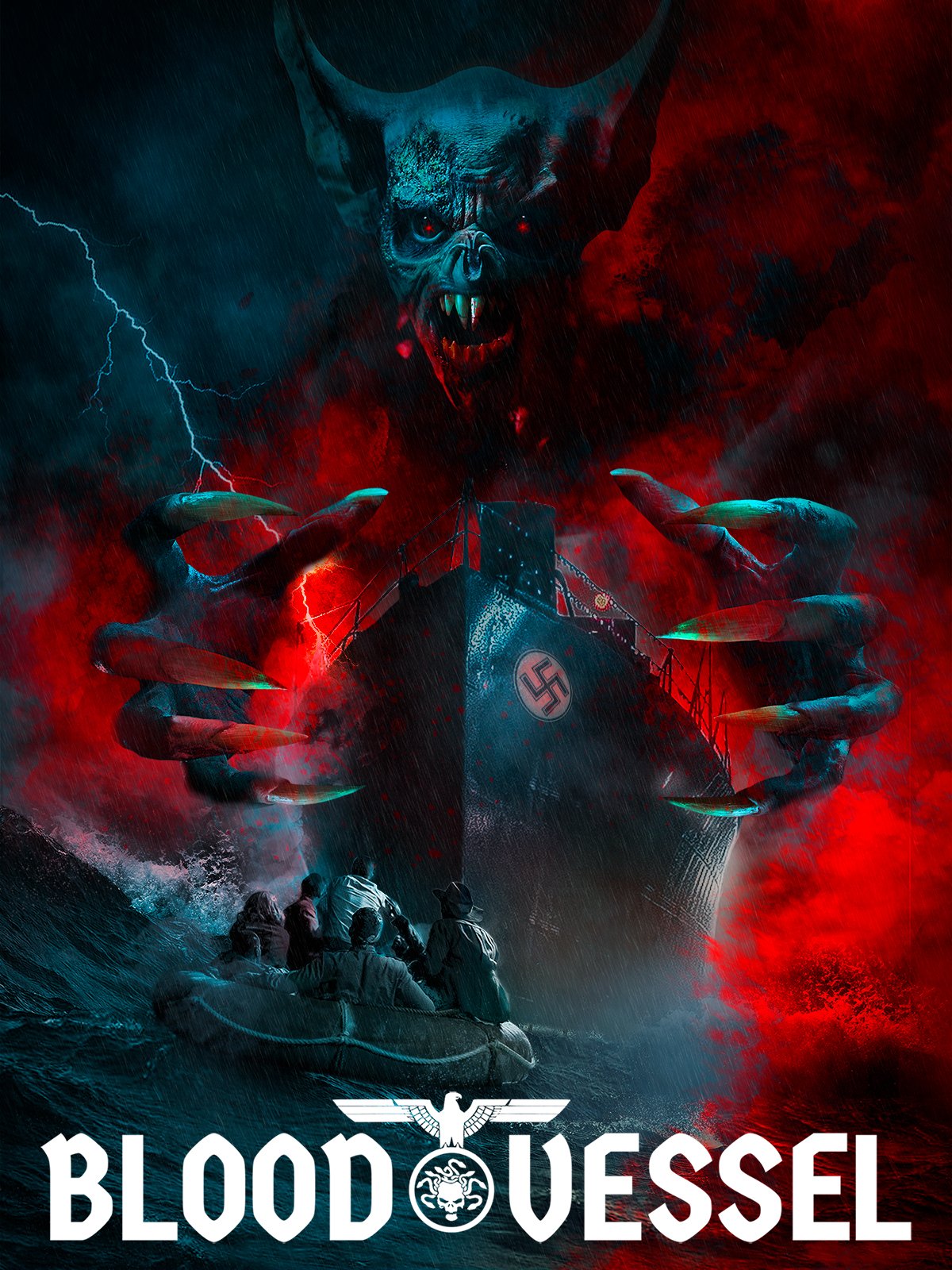