Welcome back for another round of Severin Round-Up! The fine folks there keep digging through the cinematic tomb in search of treasures. Here’s three more they’ve unearthed:

Satan’s Slave (1980): At this juncture in life, I know next to nothing about Indonesian horror; the remake of this film that came out a short while ago certainly awakened a need to explore further. And while they are ostensibly similar, the original, as it turns out, can’t be beat for atmosphere and chills.

When the matriarch of the family dies, a father, his two children, and their housekeeper are left to fend for themselves. When mom comes back from the grave to visit, the son decides that some black magic is necessary to keep the monsters at bay.

Effective dead designs and a tightening grip of claustrophobia await those who delve into Satan’s Slave; director Sisworo Gautama Putra (Primitives) couches his sets with milky eyed actors and a foreboding presence that sticks around long after the credits roll. Methinks I need more Indo Horror in my life.

First up is producer Samtani, who explains how Rapi Films began buying films before making their own, and his branching out into international waters with films starring Cynthia Rothrock and the like. Tantowi is up next, and he discusses his disdain for most horror films, and where the inspiration came from. Unfortunately, I haven’t delved into the others, but I’m sure the normal high standards are upheld. PS the transfer is gorgeous, crisp, and clean.

Satan’s Slave is the perfect introduction to Indonesian Horror, as well as setting the bar very high for all that follow. Get it now.

A group of voluptuous women are hired to work as dancers in Singapore; when their plane crashes on a remote island, the women must defend themselves against their manager, who becomes a spider creature after being bitten by one.

It isn’t the sub-genre I’m not fond of—coming off the back end of Atomic Terror certainly has my attention—but rather the interminable pacing and lack of shocks. It simply didn’t get me involved. Oh well. Even still, Severin comes through with a cache of great features:

First we have the "spicier" U.S. version, It’s Hot In Paradise, if that’s your thing; then we get an informative chat with Prof. Marcus Stiglegger about the film and its place in German cinema, followed by an entertaining audio interview with lead Alexander D’Arcy, and finally "alternate clothed scenes," a trailer, and a comic book through the webstore. All so well done, I wished I liked the film better.

The Strange Vice of Mrs. Wardh (1971): And lastly, we arrive at The Strange Vice of Mrs. Wardh, the first of several collaborations between director Sergio Martino (All the Colors of the Dark) and the breathtaking actress Edwige Fenech (Your Vice Is a Locked Room and Only I Have the Key). Fenech plays the titular character, a married woman with a current lover and an ex, who may be targeted for murder by a razor blade-wielding psychopath. But who is he? Martino heaps on the style (and the gore), and is very wise to put Ms. Fenech front and center while all around her is torn asunder. It’s very easy to sympathize with her, even if Martino seems to prefer her in her natural state (not that there’s anything wrong with that—she’s stunning), and even though the film (comically) piles on twist after twist, Fenech holds her ground. A top-notch giallo, to be sure.

Loaded, as you can see. Severin puts as much on their discs as one could want, and it’s all here: great interviews with Martino, Gastaldi, Hilton, and an archived one with the legend herself, Fenech. The highlight for me is Kat Ellinger’s audio commentary; very fun and very informative from one of the leading lights on all that is Martino. A great film with terrific features (and a gorgeous transfer to boot); don’t miss out on an important piece of the giallo puzzle.

Well, that’ll do it for this round of Severin Blu-ray releases; see you next time! 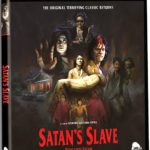 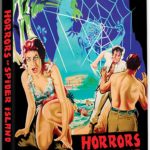 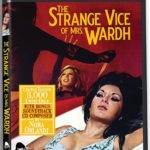