It’s always a kick to write about Lucio Fulci; long one of my favourite filmmakers, his films, whether immersed in the surreal or not, are some of the most memorable in modern horror. Severin Films brings two of his later and lesser loved movies plus a new quasi-doc, all on spanking new Blu.

For my money, this was Fulci’s last gasp: a solid Carrie/Jennifer mélange set at a boarding school, in which a comatose girl takes over a new student to exact revenge on those that put her there. As nonsensical as ever, it is lively, atmospheric, and has a death by snail that is pure Lucio. This Fulci is for Fun. (For many more words on why this one’s a gas, check out my Dust Off on it here.)

As for the disc itself, there’s plenty for Fulci aficionados to chew on:

Top-notch features all, with the audio commentary providing keen insights into the state of Fulci at the time, and Italian Aenigma shining some new perspective on his later works.

As I said, this is the last big bang for me as far as Lucio is concerned; unfortunately, the next film discussed will bear that out. But Aenigma shows a filmmaker with still enough energy—and passion—to make a solid supernatural thriller.

Demonia isn’t a Fulci talked about often; alas, that silence is somewhat warranted as it is one of his more disappointing works. I say somewhat, because there are fans of the film out there, and consider this film as his last good effort. I wish I could agree. But Fulci’s story of an archaeological dig that uncovers some vengeful nuns is nowhere near as fun as it should be; it’s very labored and his heart just doesn’t seem in it. There are several deaths, but the effects are not up to his usual standards. It just comes across as low wattage Fulci. But like I said, there are some who are fans, and to you I say, enjoy. You also get some nifty special features to boot:

I did find all of the special features quite fascinating; I do like exploring a film when it doesn’t work for me, or to gather a greater sense of appreciation for what the artist intended. These features offer a clear-eyed view of the master’s later years, and for those fans of Demonia, validation.

What I love about many of Fulci’s films is the sheer ambition, the audacity to create worlds, effectively and confusingly, with limited funds and unlimited imagination. And so it goes with Simone Scafidi’s (Zanetti Story) three-fourths doc, Fulci for Fake. The fourth fourth is the through line of an actor (Nicola Nocella) instructed to speak with Fulci’s colleagues, family, etc. to grasp the full essence of the man before starring in a biopic on him. We see him putting on makeup, and scattered throughout the film he interacts with a seductive woman who shares snapshots from Fulci’s life.

To be honest, none of this works or is at all necessary; Nocella interviews the subjects as himself, why add on this quasi-fantasy? However, the interview footage, which makes up the majority of the screen time along with home video tapes, is engrossing and quite touching; especially moving is younger daughter Camilla’s dedication to her father. She offers up many on-set escapades and reveals a good-humored man—until he wasn’t—whose insecurity turned him grandiose towards his cast and crew. Any epic story needs tragedy, and the Fulci family had their fair share; Camilla’s back-breaking horseback ride, the suicide of her mother, and a host of other setbacks before one even gets to Fulci’s declining health. Regardless of the affectless wraparound, Fulci for Fake is a great gift for fans wanting a deeper dive on the man behind the filmmaker. Let’s check out the special features:

The special features offer up further in-depth chats with subjects from the film; as well, more home and behind-the-scenes footage, pulling back the curtain at home and work. Biographer Romagnoli gets two special features; he spent a lot of time with Fulci, and their conversations are never less than interesting.

As is Fulci for Fake; it may use some of its time for artistic pandering, but it is well worth the time for Fulci aficionados. 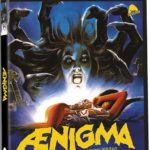 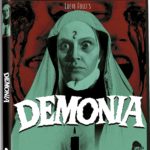 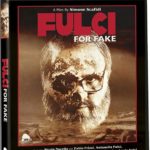