Shudder Acquires Brandon Christensen’s Z, Watch the Trailer Ahead of its May 7th Streaming Premiere

Featuring the most shocking jump scare I've seen in years, Brandon Christensen's Z was one of my favorite films I saw last year at Popcorn Frights Film Festival (where it won the Scariest Film award), and I'm thrilled that soon horror fans can see it from the comfort of their own homes when it comes to Shudder on May 7th in the US, Canada, UK, and Ireland.

We have the trailer and official press release with full details below, and as a special treat, you can also watch the first episode of Christensen's Scaredycats, a new project starring Christensen's sons.

Press Release: April 16, 2020 — Shudder, AMC Networks’ premium streaming service for horror, thriller and the supernatural, announced today that it has acquired all rights in its territories to Z, the latest horror film from director Brandon Christensen (Still/Born). The film, which stars Keegan Connor Tracy (Bates Motel), Sean Rogerson (Grave Encounters), Jett Klyne (The Boy), Sara Canning (The Vampire Diaries) and Stephen McHattie (Pontypool), is the story of Elizabeth, a young mother who begins to fear her introverted son’s imaginary friend, Z, may be terrifyingly real. Shudder will release Z as a Shudder Original on May 7—just in time for Mother’s Day.

“Brandon’s Still/Born was a tense, frightening film grounded in a tragic story that Shudder members quickly embraced and turned into a hit. We jumped at the chance to work with him again on Z, which were excited to debut next month,” said Craig Engler, Shudder’s General Manager.

“When Still/Born premiered on Shudder on Mother’s Day in 2018, it was clear that they understood what the film was going for and allowed it to shine,” said Christensen. “With Z, we once again have a film about a tortured mother and father, diving into the psyche of what it’s like to have a child with a mind of their own. I’m thrilled to be teaming with Shudder and once again releasing a film on Mother’s Day, where we can both celebrate and terrify mothers once again.” 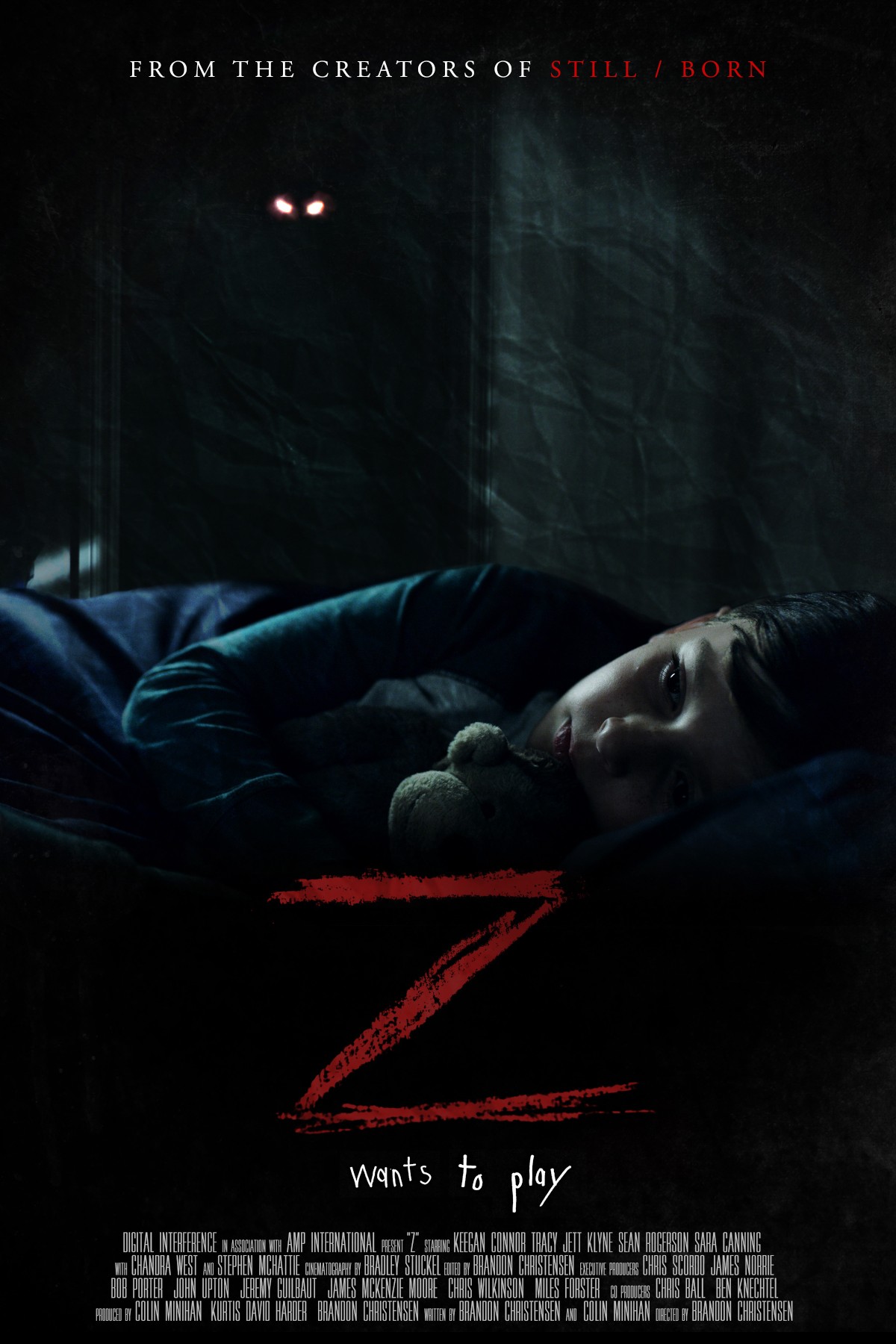