Directed by Andy Stapp and starring Tony Todd and Stelio Savante, Destination Marfa has ben acquired by SP Releasing. We have the official press release below, announcing the movie's August 3rd release, and we've also been provided with a sneak peak clip that you can watch below!

Written and directed by Andy Stapp, the surrealist, sci-fi thriller was ​filmed throughout Texas. The film's producers are Stelio Savante​, and​ Starla Christian​ with Stapp serving as executive produce​r​.

​DESTINATION MARFA​ will be released ​domestically on August 3, 2021, via SP Releasing. ​

Marty Poole & Kirk Harris from Fairway Film Alliance negotiated the deal with Lara Minassian of SP Releasing on behalf of the filmmakers.  Fairway will be representing the film for worldwide sales​.

Poole stated, “We are very excited to be working with our friends at SP Releasing and the talented filmmaking team from Destination Marfa”. 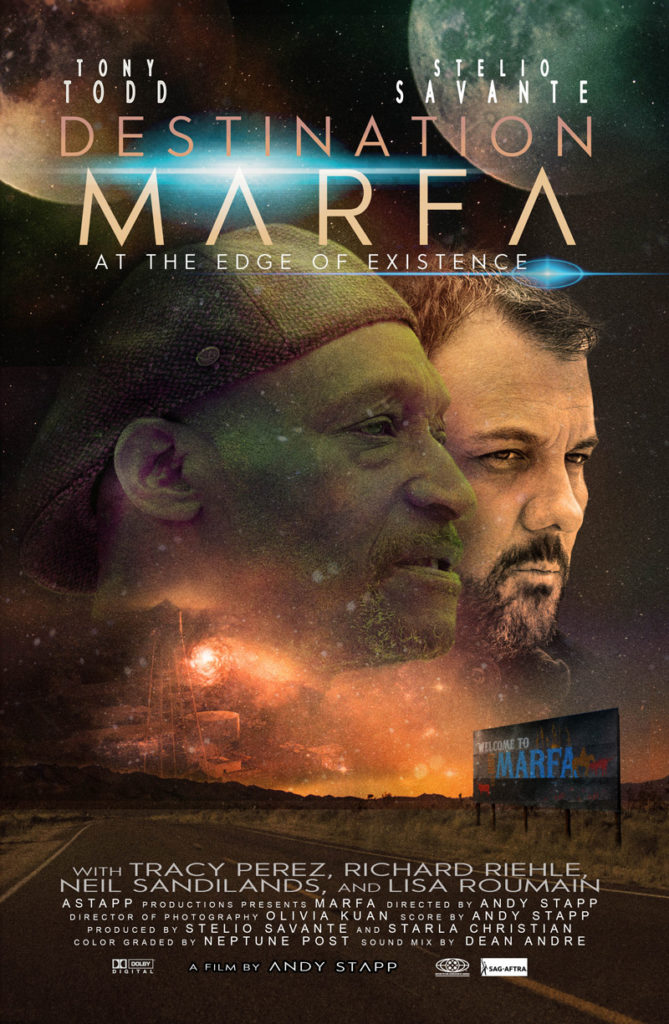