One of the more surprising Midnighters this writer saw at the 2020 Sundance Film Festival was Joko Anwar’s Impetigore, a gnarly and visceral waking nightmare of a journey that kept me guessing from start to finish. While at the fest, I had the distinct pleasure of speaking with Anwar, as well as a trio of the film’s co-stars—Marissa Anita, Tara Basro, and Christine Hakim—about their collaboration on Impetigore. During our interview, they chatted about the real-life inspirations behind certain story aspects of the film, being a part of Anwar’s impassioned team, and how one actress signed on for the project before even reading the script for Impetigore.

Here’s hoping we get some distribution news for Impetigore here in the States, because it’s a film that truly deserves to be seen by as many genre fans as possible.

Congrats on the film, guys. The first five minutes of Impetigore were so incredibly tense, and it just kept going from there. Joko, I'd like to start with you and talk about your ideas for this story and these women who are, in some ways, trying to reclaim their identity.

Joko Anwar: Well, the story actually came about not as a whole story. I first heard about the shadow puppets made of human skin when I was 11 years old and I was very scared and because it's very easy to find shadow puppets in Indonesia. It's very close to our culture, especially when you live on Java Island. And I just could not shake it out of my head. I tried to find evidence about the human skin puppets, but I couldn't find any, so I thought I'd just make a film out of it.

But I am also very interested in the relationship between adults and children. You saw Satan's Slaves. It's also about parents, children, and their relationship or lack thereof, and all of these elements. And then added to that, my being a big horror fan was something else, because I love all kinds of horror. So, there were some homages that I put in Impetigore, like Texas Chain Saw Massacre. So, I wanted to make a love letter to horror films and celebrate horror films for horror film fans. And that's how the story came together.

Can you talk about finding that balance between all of these different parts of this story then? They really do work in favor with each other.

Joko Anwar: I actually had written the script 10 years ago, so I’ve had time to work on it. But I have always believed that the characters' motivation has to be the drive for the story. Of course, we want to have many spectacles, the scares and everything, but all of the plot in the film is driven by the motivation of the characters and everything that follows them. So, there's nothing in there that we put for sensation and there's no gratuitous violence. They're there because the characters need to do that to fulfill the purpose of the characters. Somehow, when you write a story, you just know what’s going to work. If you try to cheat your audience by putting things that you think they will like just for the sake of that, those things don't work. But if you are true to your characters, I think the audience will be loyal to the story you’re telling.

Absolutely, which brings me to you three lovely women. What I think is really interesting with Impetigore is that it is very female driven and I really enjoyed that. Was that a big reason why you all wanted to be involved with this project?

Marissa Anita: I don’t know if you know this, but Joko's a feminist. All of his films are female driven. I think, for me, because he's a feminist was a big part of it for me, and that it's good to have more films with female characters who are not playing victims, where we get to experience the story from the woman's point of view. Also, the script was just brilliant, and the director is brilliant, so it was super easy for me to say yes.

Tara Basro: I would agree with Marissa. And also it's interesting for me how Joko is always interested in digging into family matters. Like my character, she doesn't have a family anymore, but then she found Dini and they become a family and I think that's very common these days. And also the script, the cast, and everyone who was involved in this project is just the best. So, I just had to be involved, too.

Marissa Anita: Yeah, and Joko tends to work with the same people, meaning his crew and his producers, too. And the thing about when you are on his team, everyone is so passionate about making art. And I don't know what the industry is like here, but in Indonesia sometimes you also see filmmakers just making films for profit. That's the aim, and then they forget the quality of the storytelling. So, when you work with a team that has one vision, it feels amazing.

Christine Hakim: The most difficult thing for me, before I started the process of preparation of this film, was, "How people would accept me?" Because for 46 years in the film industry of players, I’ve played heroes and then strong mothers. I wondered what would happen when I walked down the street: would people stay calm or would they throw things at me because of this role? I really didn't know. But on the other hand, I couldn't find a good reason to refuse this crazy director and I said to my manager, "Okay, whatever will be, will be." And then I read the script.

Joko Anwar: She actually signed before she read the script.

Christine Hakim: I did sign before I read the script, because I was in the U.S. at the time, and they had given me a deadline. That's why I said "okay," because other filmmakers, also, who know me well, they supported me to take this project. Maybe because they want to see me do something different, or because Joko makes a different type of horror film than other Indonesian horror films. So, I read the script, and I was sure I wanted to do this. The thing was, Joko didn’t really explain to me the details of what kind of metaphor my character was in this, whether she’s an evil human being, or just evil, so we worked through it during filming.

Joko Anwar: Yeah, something I really like to do is that I like to surprise my actors. I think even during the reading, before we shot, we read the script, but not too often because I feel like if we rehearse the script too much, we would lose the freshness. So, what we did is we went to different places and we saw people whose lives resemble these characters. We saw how they live and how they talk. We also did some rehearsals that did not involve the script. But even during the shoot, I like to give surprises to them to keep them interested in the story, because if you can make these little sparks of spontaneity with your actors, I think it's going to be more interesting for the actors.

In case you missed it, visit our online hub for more live coverage of the 2020 Sundance Film Festival!

[Photo Credits: Above photos courtesy of Kompas (photo on the left), Ical Tanjung, I.C.S. (photo on the right), and Sundance Institute.] 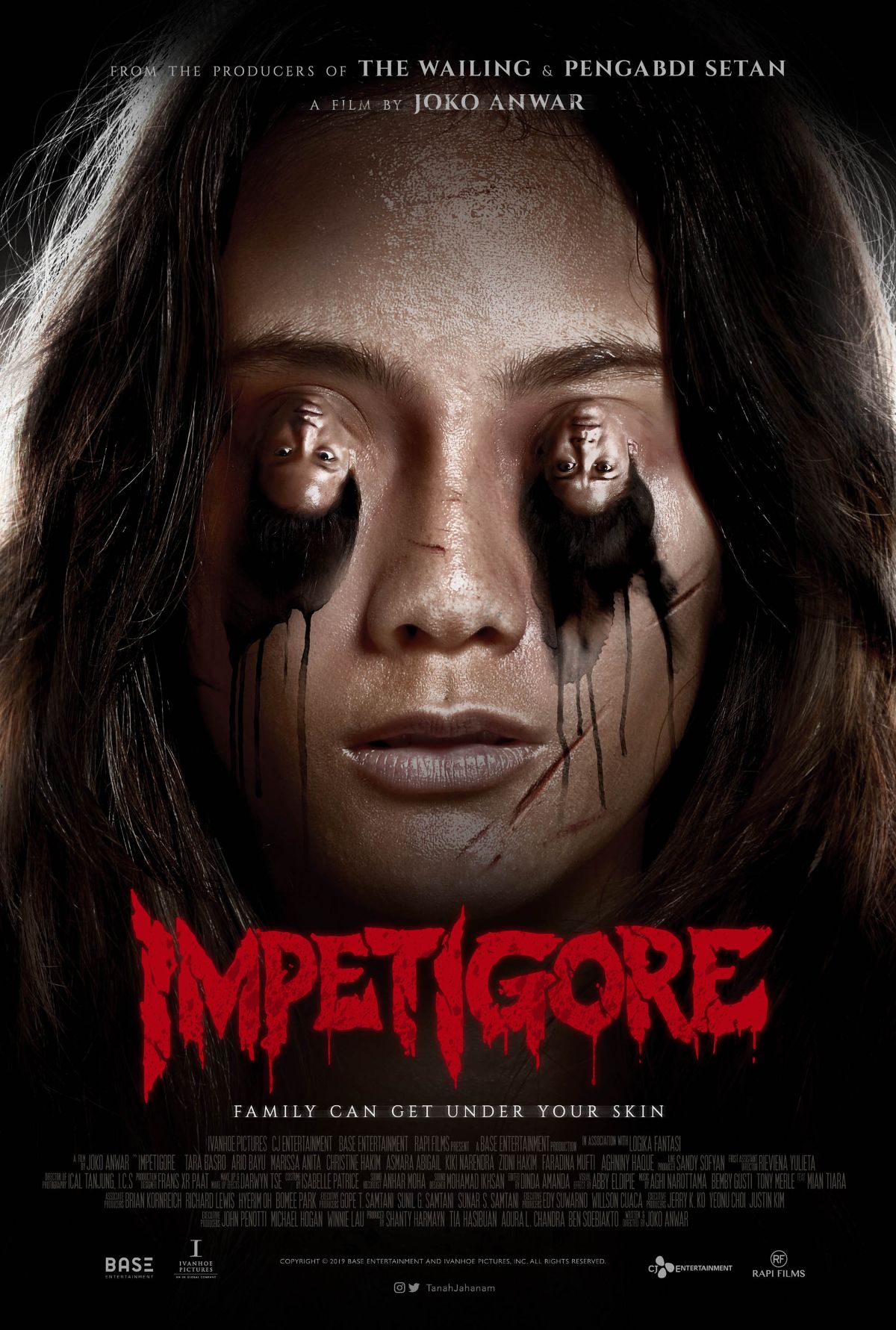