One of the most passionate publishers operating today is Suntup Editions, who for years have released new versions of classic novels such as Ira Levin's Rosemary's Baby, in addition to spotlighting stellar recent works like Ania Ahlborn's Brother. Suntup looks to continue their publishing tradition in 2020, as they're starting off the new year with another amazing announcement: a limited edition of Red Dragon signed by author Thomas Harris.

Featuring illustrations by Jason Mowry, the Red Dragon signed limited edition comes in three versions: Lettered, Numbered, and Artist Gift. Signed by author Thomas Harris, the Lettered and Numbered versions have sold out, but there are still copies of the Artist Gift edition, which are signed by Mowry.

All three versions are featured in the photo gallery below, and they're expected to be published this fall, with pre-orders now available.

Stay tuned to Daily Dead for more updates on new releases from Suntup Editions, read the official press release below for more details, and to learn more about the publisher, visit their website:

Press Release: IRVINE, CA, January 18, 2020 – Suntup Editions, publisher of fine limited edition books and art prints, is delighted to announce the upcoming publication of a signed limited edition of Red Dragon by Thomas Harris, with illustrations by Jason Mowry. Hailed by critics as “gruesome, graphic, and all too realistic,” Red Dragon by Thomas Harris was first published in 1981 and marked a turning point in the way crime novels were written.

The first novel in Harris’s widely acclaimed Hannibal series, Red Dragon added a sense of realism to the crime novel while injecting it with a heavy dose of horror. Harris took criminology classes to prepare for the novel, while working closely with FBI Behavioral Science agents. His extensive research was poured into creating one of the most iconic villains in history: Hannibal Lecter.

In Red Dragon, former FBI profiler Will Graham comes out of retirement to apprehend a serial killer known as “The Tooth Fairy,” but to do so he must enlist the help of Lecter, a brilliant psychiatrist and cannibalistic serial killer with whom he has a dark past.

Harris writes his villains with a profound complexity. This, combined with his attention to the detail of FBI and police operations, added harrowing realism to his novel, and to the genre itself. The success of Red Dragon would lead to two sequels and a prequel in the Hannibal series. In 2002, the book was adapted into a film starring Anthony Hopkins and Edward Norton, directed by Brett Ratner. This is the first signed limited edition of the novel.

Lettered Edition
The Lettered edition is limited to 26 copies and is bound in embossed hornback ruby hide. Endsheets are hand marbled and the edition is printed two color throughout on Strathmore Pastelle paper. The clamshell enclosure is covered in Japanese cloth with a laser-cut acrylic clasp and a foil-stamped spine label. The edition is signed by Thomas Harris and Jason Mowry.

Numbered Edition
The Numbered edition of 250 copies is bound in a luxurious Japanese iridescent cloth with a blind stamped cover. Endsheets are decorative marbled paper from France and the edition is printed two color throughout on Mohawk Superfine. The slipcase enclosure is covered in a unique brocade fabric with a brilliant metallic sheen. The edition is signed by Thomas Harris and Jason Mowry.

Suntup Editions
Since its launch in late 2016, Suntup Editions has garnered the attention of fans, bloggers, and journalists alike. Their stunning premiere projects The Eyes of the Dragon Art Portfolio with Lettered and Numbered Editions signed by David Palladini, along with The Covers Collection, limited edition ﬁne art prints featuring original cover art from the novels by Stephen King, made Suntup Editions the ultimate “one to watch” and one of the fastest rising new printing presses on the scene.

In early 2018, Suntup Editions announced it would publish the world’s first limited edition of Misery, which was released with not only the blessing but bearing the signature of Stephen King himself. This was followed by limited editions including of The Haunting of Hill House by Shirley Jackson, Horns by Joe Hill, Rosemary’s Baby by Ira Levin, The Road by Cormac McCarthy, Brother by Ania Ahlborn, I Am Legend by Richard Matheson and The Time Machine by H.G. Wells. Red Dragon will mark Suntup’s tenth book release.

The mission of the press is to publish ﬁnely crafted limited editions, by collaborating with some of today’s leading writers, artists, designers, printers and bookmakers to create an edition that is itself, an art object. By incorporating elements of the story into the design and production of the books, their editions offer a unique reading experience.

Publication is scheduled for Fall 2020 and is now available for pre-order at https://suntup.press. 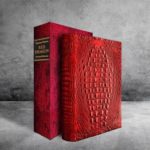 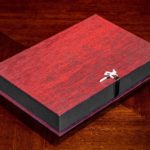 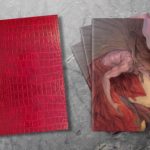 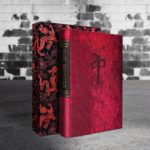 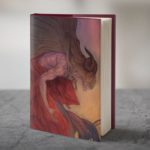 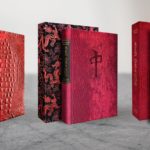