We've known it's been in the works, but now we have an official release date of Setember 1st for Synapse's 3-disc limited edition of The Living Dead at Manchester Morgue, and a list of specs that include a new 4K restoration and 5.1 stereo surround remix:

With its revolutionary mix of shocking-for-its-time violence and sociopolitical themes, George A. Romero's 1968 classic Night of the Living Dead quickly proved to be enormously influential with filmmakers around the world, and few were able to match its power like Jorge Grau's The Living Dead at Manchester Morgue.  Mixing a strong environmental statement with unforgettably terrifying set pieces, Grau's film stands on its own as a horror classic, and now it's been restored to its horrifying glory by Synapse Films in an exclusive new Steelbook™ release!

A strange twist of fate brings two young travelers, George (Ray Lovelock, The Cassandra Crossing) and Edna (Christine Galbo, The House That Screamed), to a small town where an experimental agricultural machine may be bringing the dead back to life! As zombies infest the area and attack the living, a bull-headed detective (Academy Award® nominee Arthur Kennedy, Peyton Place) thinks the couple are Satanists responsible for the local killings. George and Edna have to fight for their lives, and prove their innocence, as they try and stop the impending zombie apocalypse!

The Living Dead at Manchester Morgue (aka Let Sleeping Corpses Lie and Don’t Open the Window) is a gory horror tale from Spanish director Jorge Grau and widely considered to be one of the best zombie films ever made. Beautifully restored in 4K from the original camera negative, Synapse Films presents the film for the FIRST TIME EVER on Blu-ray with the true original English theatrical mono mix and the real opening and closing credit sequences intact

The 6000 unit THE LIVING DEAD AT MANCHESTER MORGUE Limited Collector’s Edition Blu-ray Steelbook™ is available exclusively through the Synapse Films website at: www.synapse-films.com.  The retail price is $49.95 ($43.95, plus $6.00 packing/handling fee) with a street date of September 1, 2020.  Shipping to customers will commence on that date, or as soon as the release is received at Synapse Films. If they come earlier than the September 1 release date, they will ship to customers earlier.

All North American orders fulfilled and shipped via our San Francisco distributor, CAV Distribution.  For questions regarding the shipping of your order in North America, please contact CAV Distribution via this email address: morgue@cavd.com.  All international orders will be handled via the fine folks at DiabolikDVD (www.diabolikdvd.com).

This release of THE LIVING DEAD AT MANCHESTER MORGUE is REGION FREE. 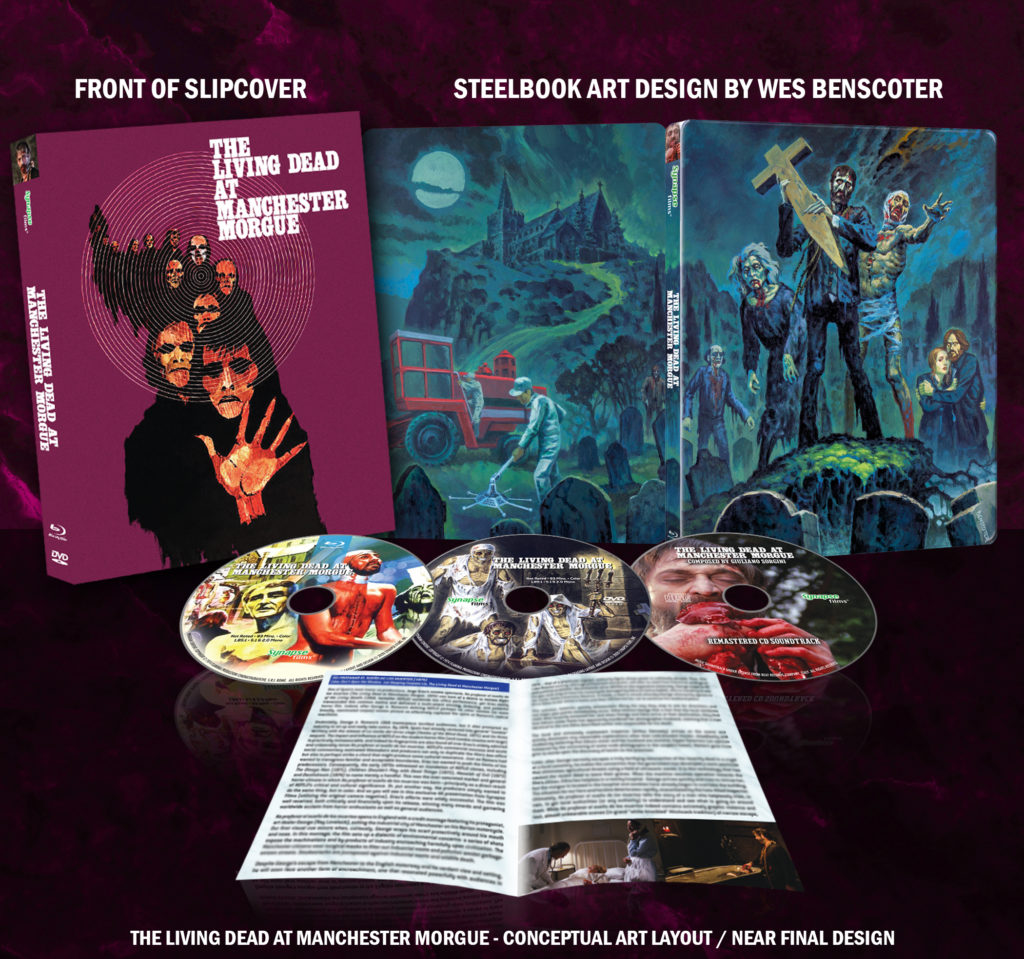 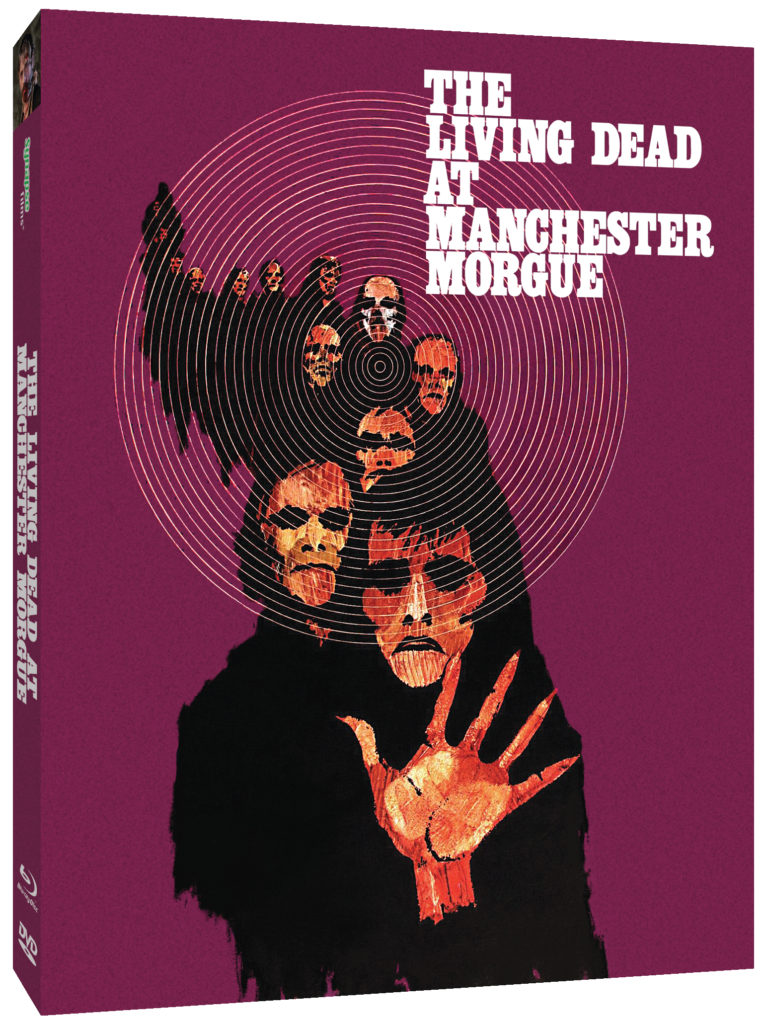 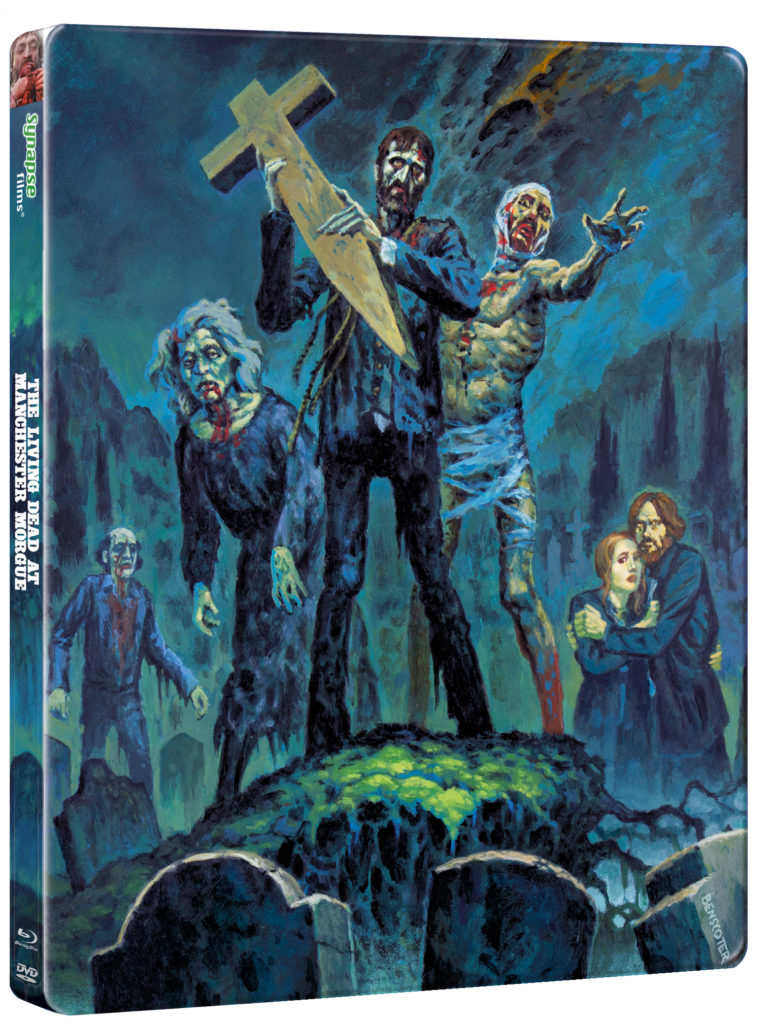