A couple on vacation at a seemingly sleepy island resort find themselves trapped in a deadly time loop in the new horror film 6:45, and we've been provided with the official trailer and plot details.

Synopsis: "In this heart-racing psychological thriller, we are introduced to Bobby Patterson who is taking one last romantic shot at saving his rocky relationship with his girlfriend Jules Rables on a weekend getaway. The couple arrives for a vacation in the quiet island resort called "Bog Grove." To their bewilderment, the sleepy beach town is curiously deserted and they quickly learn about its deadly history that's about to repeat itself. Bobby’s struggles with Jules are cast aside in order to overcome a dementing cycle of terror that transpires. No matter what he does to try to avoid it, he and his girlfriend wake up at 6:45 each morning to the same nightmarish chain of events that lead to them being viciously murdered with no chance of escape. Directed by Craig Singer and Starring Michael Reed, Augie Duke, Thomas Waites, Armen Garo, Ray Mancini, The 45 King, and Remy Ma."

Below, you can check out the trailer and poster. For more information on 6:45, be sure to visit the film's official website, and we also have a statement from the director that offers additional insights into the making of the movie:

The 6:45 journey has been a lesson in tenacity as much as it has been a learning opportunity about overcoming many cinematic conundrums in a ever-evolving media landscape.

I was an executive with Disney, and while it’s a far cry from family-friendly cartoons or happy endings, I had long thought about developing a Groundhog Day type horror film. I've always been fascinated by the supernatural and the psychological and where the two intersect. My longtime writing partner Robert Dean Klein began working on 6:45 many years ago. We had more meetings than I can count and even a few situations where "Producers" had promised to get the film made…all very par for the course in the world of indie filmmaking. Finally last year, I was able to secure the funding to make 6:45 a reality.

I had been speaking with my editor Sam Adelman for quite some time to help organize footage before we actually began the edit, and I arranged for Sam to move down to the B&B where we shot in Jersey. My lead actress, Augie Duke, was very helpful in finding one of my Executive Producers, Maria Jorjezian, and my Director of Photography, Lucas Pitassi, as well. I had also collaborated with my composer Kostas Christides on my previous films, Dark Ride and Perkins 14, so 6:45 truly felt like a team effort all around.

In many ways, this old house felt haunted and the cast experienced some strange, unexplainable occurrences during production, and I think working and living in a location where the supernatural existed heightened the whole experience for the entire cast and crew. In fact, lead actor, Michael Reed, felt a person pressing down on him in his bed one night, only to discover there was no one in his room.

But looking back on the production of 6:45, I feel so blessed to have had the opportunity to work with this amazing cast that also included Thomas G Waites (The Thing, The Warriors), Armen Garo (The Sopranos), Remy Ma, 45 King and Boxing Hall of Famer Ray (Boom-Boom) Mancini.

While most low budget indie film shoots can be mind-numbingly challenging, the experience of working on 6:45 was a real pleasure. I absolutely loved working with the crew, as everyone was passionate and eager to create a film that we are all proud of. While the term "film family" is often tossed around loosely, in our case, it really feels like the most genuine description. Story Board Media's Elisabeth Costa de Beauregard was a fan of the script and a true champion while we were prepping and shooting down at the Jersey Shore, and we are thrilled to be in business with her company. 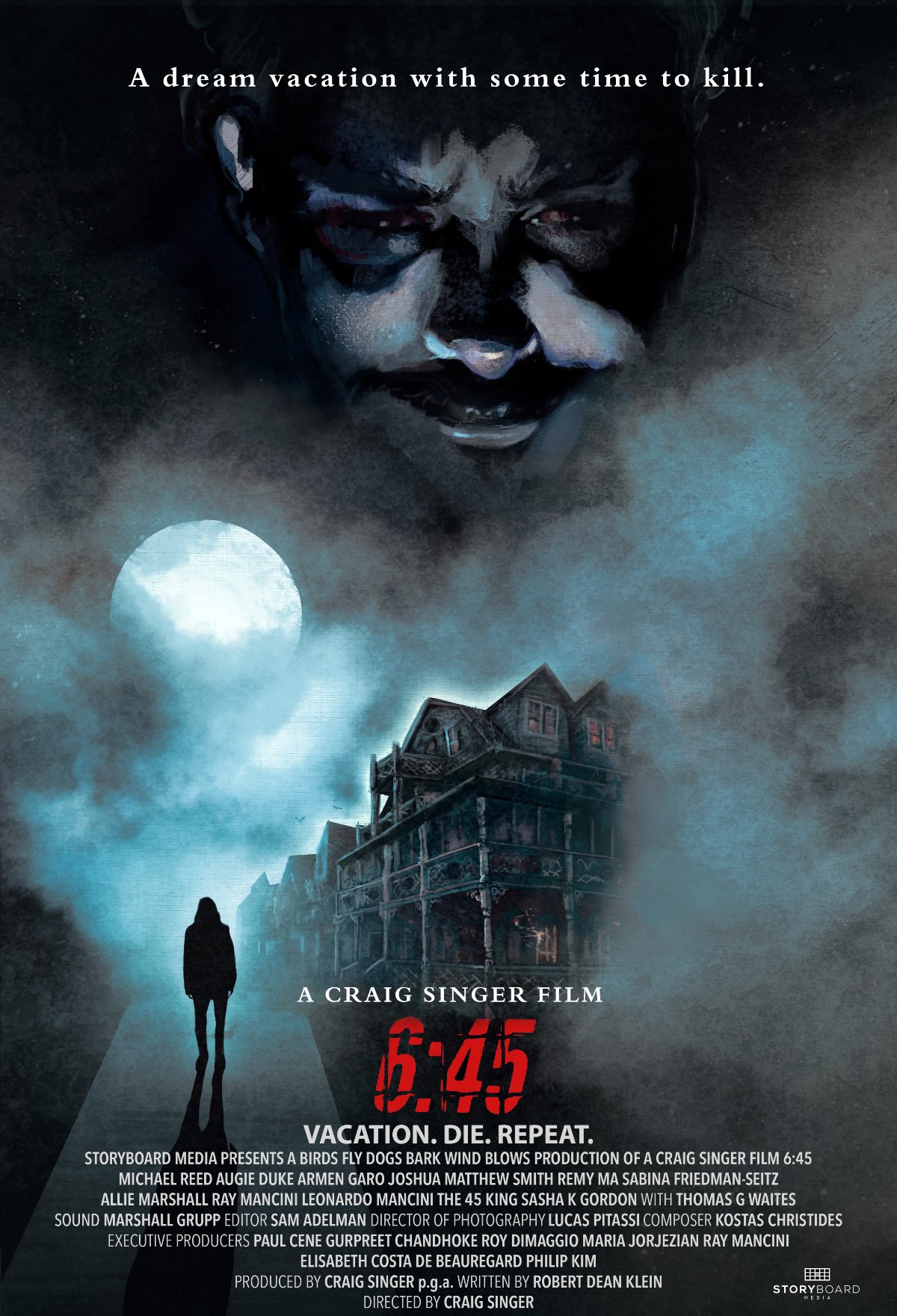