A delightful, poignant, and flat-out fun coming-of-age horror comedy that had its world premiere at this year's Popcorn Frights Film Festival, The Loneliest Boy in the World will be released in limited theaters on October 14th (followed by an October 18th VOD release) by Well Go USA Entertainment, and the official trailer has now been unveiled to give you an idea of what to expect!

Synopsis: "THE LONELIEST BOY IN THE WORLD is billed as a modern fairytale—except with zombies. When the sheltered and unsocialized Oliver (Harwood) is tasked with making new friends after the sudden and devastating death of his mother, he decides that digging a few up (literally) might be his best bet. However, when he awakens the morning after his excavating escapades, he discovers that his newly acquired friends have mysteriously come to life overnight, launching them all into a series of misadventures as they try to keep their secret safe from neighbors, classmates, and social workers alike." 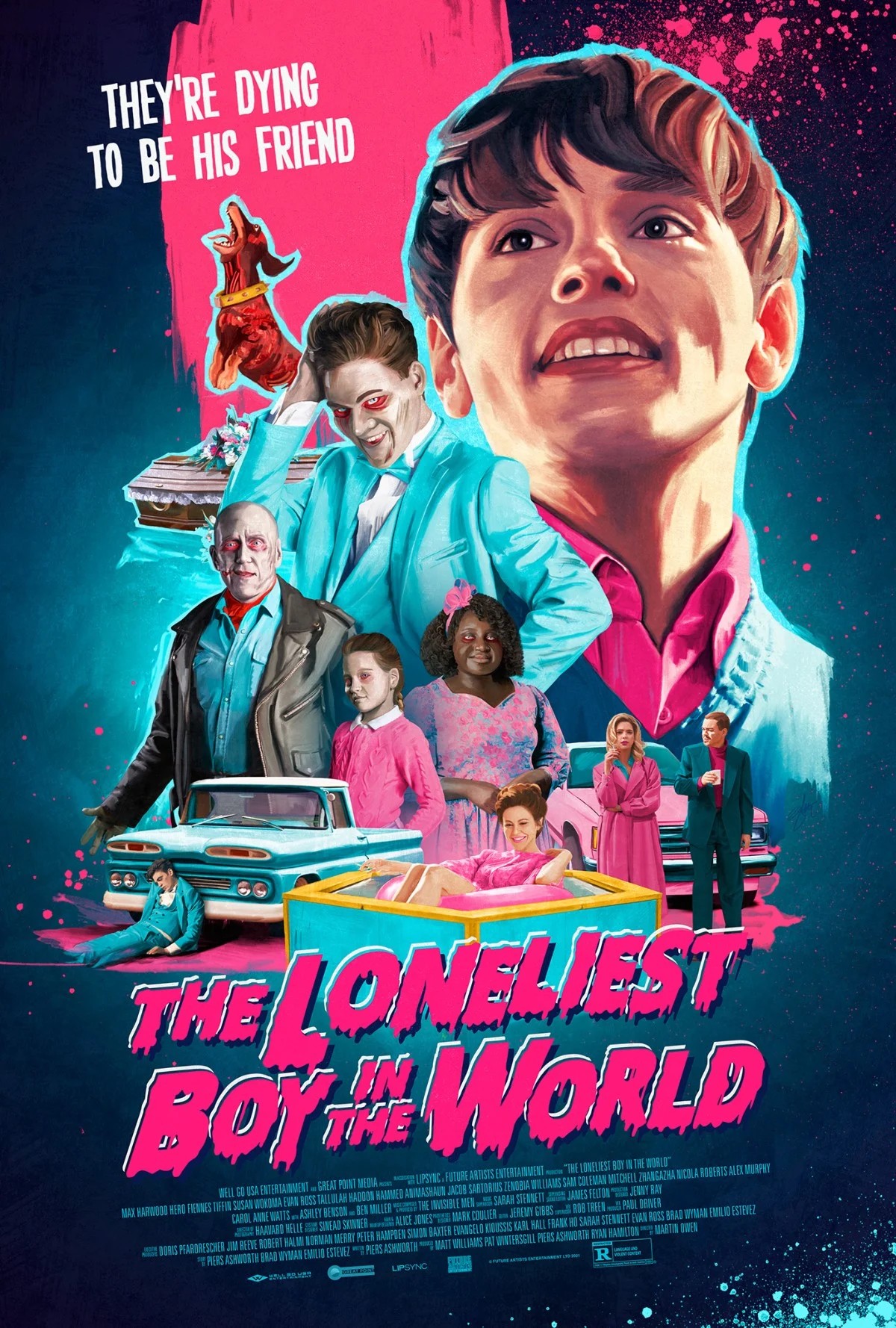