Below, we have the official press release with full details, as well as a look at the cover art (by Aaron Campbell) and interior artwork (by Devmalya Pramanik and Nathan Gooden, with colors by Addison Duke):

Press Release: Missoula, MT (3/17/2020): Vault Comics is thrilled to announce that they have partnered with Paradox Interactive to publish the official Vampire: The Masquerade comic book series. The first comic in the series will be available for purchase from comics retailers across the US in July 2020. The comic is co-written by Tim Seeley, Tini Howard, and Blake Howard, drawn by Devmalya Pramanik, Nathan Gooden, and colored by Addison Duke, with covers by Aaron Campbell.

From the internationally bestselling World of Darkness universe, Vault brings readers an official Vampire: The Masquerade comic series. Sink your teeth into the hidden world of vampires, ghouls, and hunters who live in the shadows and scheme among us. In the comic series, Cecily Baine, an enforcer for the Twin Cities' elite cabal of Kindred (vampires), takes a mysterious young vampire under her wing and is swept up in a conspiracy that can shake the foundations of vampire society.

Each issue will include exclusive material for Vampire: The Masquerade 5th Edition of the tabletop RPG from Modiphius Entertainment. These materials enable readers to play alongside the unfolding comic events in their own chronicles.

"When Vampire: The Masquerade launched in 1991, it felt like the first RPG to embrace dark and mature themes largely ignored by previous games,” said Vault Editor-in-Chief, Adrian Wassel. “Close to 30 years later, following the successful launch of the 5th edition, Vampire: The Masquerade is exploring new avenues of storytelling with our comic series. I can’t imagine a better team than the one we’ve assembled. Tim Seeley, Tini Howard, Blake Howard, Devmalya Pramanik, Addison Duke, and Aaron Campbell tell a story from two points-of-view, a fearsome Camarilla courier in Minneapolis and an Anarch coterie from outside the city tasked with investigating a murder. As you get deeper into the series, you’ll discover how the two stories connect, unearthing a city-shaking conspiracy. This is Vault’s first comic outside the world of creator-owned and we’re thrilled to be partnered with a brand that shares our commitment to the very best genre storytelling."

The Paradox-Vault pact was forged by Joe LeFavi, CEO of Genuine Entertainment., LeFavi is responsible for producing extensions of the World of Darkness franchise this year including the Vault comic book series and the Vampire: The Masquerade expandable card game from Renegade Game Studios. Vault is represented by Matt Sugarman of Weintraub Tobin.

ABOUT PARADOX INTERACTIVE:
The Paradox Interactive group includes development, publishing, and licensing of games and brands, consisting of a portfolio of more than 100 titles created both internally and by independent studios. Paradox owns an array of award-winning and top-selling brands including Cities: Skylines, Stellaris, Crusader Kings, Age of Wonders, and many more games available on PC and console platforms. Paradox is the owner of the World of Darkness IPs and is publishing Vampire: The Masquerade - Bloodlines 2 on PC and consoles in 2020.

From the company’s start in 2004, Paradox has published its games worldwide, with top markets including the USA, UK, China, Germany, France, and Russia. Today, over four million gamers play a Paradox game each month with a global community reaching over ten million registered Paradox users.

ABOUT GENUINE ENTERTAINMENT:
A licensing expert in genre entertainment, Genuine Entertainment is a leading producer and brand manager for top intellectual property and the innovators that bring out their best. We specialize in strategic licensing programs that grow beloved genre franchises in fandom-fueled markets and ancillary media, producing authentic licensed content and premium consumer products alongside best-in-class partners. A versatile brand builder across all corners of pop culture, recent collaborations include a master tabletop gaming license for Dune, tabletop roleplaying games for Alien and Altered Carbon, an art book for Blade Runner 2049, marketing campaigns for Avengers: Infinity War and Game of Thrones, and multiple initiatives for Vampire: The Masquerade. Learn more at www.genuineent.com. 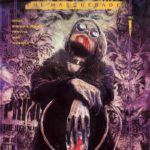 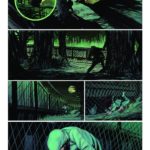 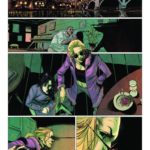 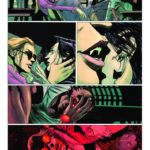 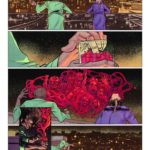