Watch an Exclusive Clip from MENTAL HEALTH AND HORROR: A DOCUMENTARY, Featuring Abhora!

After years of reading his thought-provoking work as a horror journalist, I was thrilled to hear the exciting news that Jonathan Barkan will direct Mental Health and Horror: A Documentary. Spotlighting the positive impact that horror can have on people that live with mental illness, this vital documentary is now available to support on Kickstarter, and we've been provided with an exclusive clip featuring insightful reflections from Abhora, a talented artist and contestant on the second season of The Boulet Brothers' Dragula.

You can check out the exclusive clip and official press release below, and to learn more about Mental Health and Horror: A Documentary, visit Kickstarter and the documentary's official website!

Jonathan Barkan (The Horror Collective, DREAD, Bloody-Disgusting) has teamed up with producer Andrew Hawkins (Insect, In Search of Darkness) to create Mental Health and Horror: A Documentary, a feature-length documentary about the positive impacts and cathartic releases that horror can have on those living with mental illnesses. The documentary is currently in production and will be shooting through 2021 with an anticipated Q1 2022 world premiere.

Mental Health and Horror: A Documentary will feature interviews from horror fans, film critics, film historians, filmmakers, producers, writers, and professionals from the mental health world. An initial Kickstarter will be launched on June 23rd.

“When the idea of this documentary came into my mind, it refused to let go. I have been dealing with mental illnesses for a long time and horror, which I’ve loved my whole life, has always been there as a means of support,” says Barkan. “There are two goals with this documentary: the first is to let that person in the middle of nowhere, the one who loves horror but has no support system or access to mental health resources, know that they are not alone. The second goal is to actively fight against harmful stereotypes and stigmas that our community faces on a daily basis. Horror has been the black sheep of cinema and society for too long. It’s time we show how powerful, important, and helpful the genre can be for countless people around the world.”

Hawkins elaborates, “Mental Health and Horror: A Documentary, to me, is extremely important. As someone who has dealt with abuse, mistreatment, bullying, loss, and hardship; horror has always been an escape and a comfort. I grew up in a family that loved horror as much as they did drama, comedy, and every other genre of film. Horror was communal and horror meant safety with family and togetherness. I have always kept that with me through times of stress, anxiety and depression; and more than anything, I want to see Mental Health and Horror: A Documentary help everyone who needs it.”

As well as creating the documentary, Barkan will be directing. Andrew Hawkins (Insect, In Search of Darkness) and David Lawson Jr. (Spring, The Endless, Synchronic) will act as executive producers with Alice Collins (Fountaine and the Vengeful Nun Who Wouldn't Die), Zena Dixon (co-host of the Bloody-Disgusting Podcast), and BJ Colangelo (Labrys, Deathcember) as producers.

“When Jonathan Barkan and Andrew Hawkins first informed me about Mental Health and Horror, I immediately felt connected to the project,” says Dixon. “I’ve been watching horror movies my entire life. Whenever I'm having a bad day, good day, stressful day, so on, I watch a horror movie or put on a series. There are so many horror fans I personally know who also use horror as a coping mechanism. Therefore, to be a part of a project like this is truly a dream come true. I’m honored to help shine light on an important topic in our world, while also discovering deeper meanings to my own need for the horror genre.”

"I am someone openly enduring life with bipolar disorder and complex post traumatic stress disorder, I've always found horror movies to be one of the greatest tools for navigating my more difficult emotions,” Colangelo comments. “Learning how to deal with fear, grief, and even mortality through the safe distance of a movie has always resonated with me, and is the dominant motivating force in both my work as a horror film analyst and as a trauma-informed immediate care provider/educator. For those that find solace in horror, the medium can be a really impactful way to learn how to get through it all. There are a lot of people who have used horror movies to learn how to fight the monsters in their own minds, and it's high time that we de-stigmatize horror as a coping mechanism."

“As someone with a family history of mental illness, as well as my own personal struggles, destigmatizing not only mental illness but the horror genre as a tool for healing is a subject very close to my heart,” adds Collins. “Horror has given me the gift of facing my traumas in a controlled environment where I can feel safe. Without fail, it has always been the horror genre that’s brought me back from the brink and been a place where I find my comfort and strength.”

Confirmed appearances in the documentary include Michael Kennedy (Blumhouse’s Freaky), Rebekah McKendry (Tales of Halloween, All The Creatures Were Stirring), Kristina Arntz (Darlin’), Disasterina (The Boulet Brothers' Dragula), Gigi Saul Guerrero (The Purge, Into the Dark: Culture Shock), and Adam Egypt Mortimer (Daniel Isn’t Real), with more to be announced.

To keep up with Mental Health and Horror: A Documentary, visit: http://mentalhealthhorrordoc.com/ 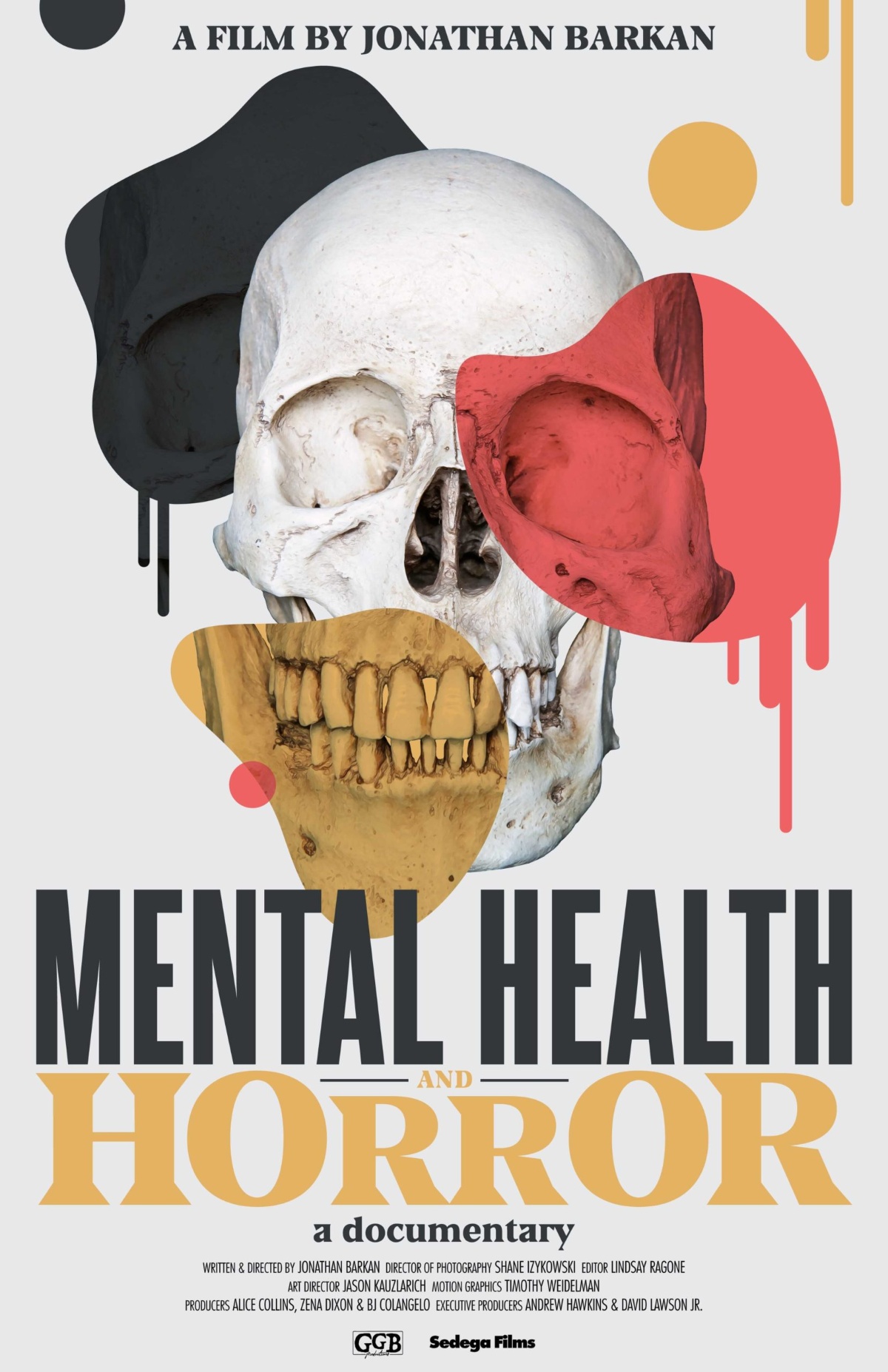