Watch the Super Bowl Spot for NOBODY, Starring Bob Odenkirk

After delivering plenty of first-person POV carnage in the innovative Hardcore Henry, director Ilya Naishuller is bringing more action to the big screen in the new Bob Odenkirk-starring movie Nobody, which was teased in a new video that aired during Super Bowl LV and is now online for all to enjoy ahead of its April 2nd theatrical release from Universal:

"Sometimes the man you don’t notice is the most dangerous of all.

Emmy winner Bob Odenkirk (Better Call Saul, The Post, Nebraska) stars as Hutch Mansell, an underestimated and overlooked dad and husband, taking life’s indignities on the chin and never pushing back. A nobody.

When two thieves break into his suburban home one night, Hutch declines to defend himself or his family, hoping to prevent serious violence. His teenage son, Blake (Gage Munroe, The Shack), is disappointed in him and his wife, Becca (Connie Nielsen, Wonder Woman), seems to pull only further away.

The aftermath of the incident strikes a match to Hutch’s long-simmering rage, triggering dormant instincts and propelling him on a brutal path that will surface dark secrets and lethal skills. In a barrage of fists, gunfire and squealing tires, Hutch must save his family from a dangerous adversary (famed Russian actor Alexey Serebryakov, Amazon’s McMafia)—and ensure that he will never be underestimated as a nobody again.

Nobody is directed by acclaimed filmmaker Ilya Naishuller (Hardcore Henry), from a script by Derek Kolstad, the narrative architect of the John Wick franchise, and co-stars legendary Emmy winner Christopher Lloyd as Hutch’s father and multi-hyphenate musician-actor RZA as Hutch’s brother, whose own hidden talents aid Hutch in his quest for vengeance.

The film is produced by Kelly McCormick, p.g.a, and David Leitch, p.g.a., the filmmakers of Fast & Furious Presents: Hobbs & Shaw, Deadpool 2 and Atomic Blonde, for their company 87North, by Braden Aftergood, p.g.a. (Hell or High Water, Wind River), for his Eighty Two Films, and by Bob Odenkirk and Marc Provissiero (Hulu’s PEN15) for Odenkirk Provissiero Entertainment. The film is executive produced by Derek Kolstad, Marc S. Fischer and Tobey Maguire." 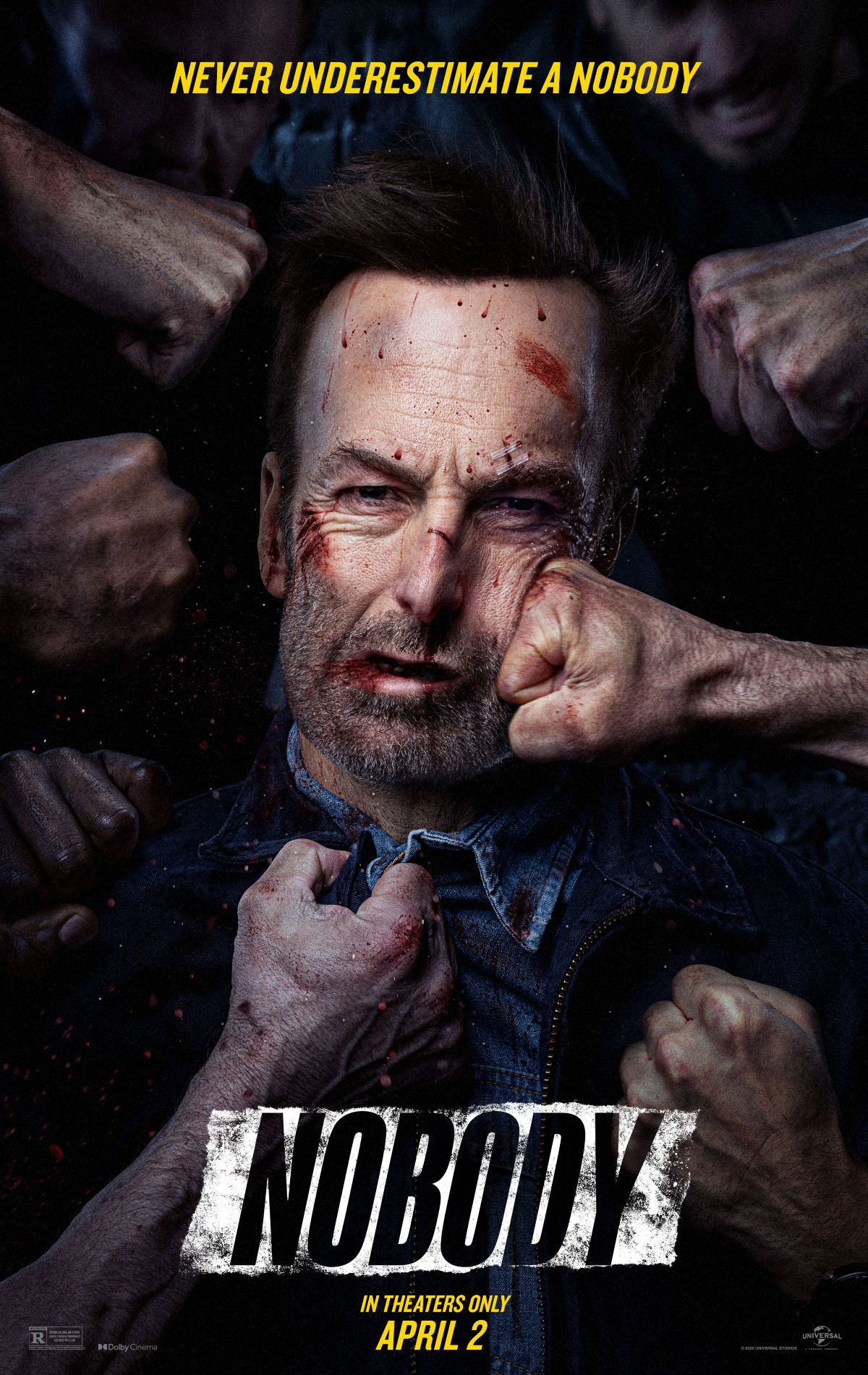