Watch the Teaser Trailer for SCARE ME, Coming to Shudder on October 1st

We've been excited for Daily Dead readers to experience Scare Me since Heather Wixson gave the horror comedy a 4-star review at Sundance, and the wait will soon be over, as the film's official teaser trailer has been revealed ahead of its October streaming release.

Written and directed by Josh Ruben, and starring Ruben, Aya Cash, and Chris Redd, Scare Me will be available to stream on Shudder beginning October 1st.

You can check out the teaser trailer and poster below, and in case you missed it, read Heather's Sundance interview with Ruben and Cash.

"Fred (Josh Ruben, CollegeHumor), a frustrated copywriter, checks into a winter cabin to start his first novel. While jogging in the nearby woods, he meets Fanny (Aya Cash, “You’re The Worst” "The Boys"), a successful and smug young horror author who fuels his insecurities. During a power outage, Fanny challenges Fred to tell a scary story. As a storm sets in, they pass the time spinning spooky tales fueled by the tensions between them, and Fred is forced to confront his ultimate fear: Fanny is the better storyteller. The stakes are raised when they’re visited by a horror fan (Chris Redd, “Saturday Night Live”) who delivers levity (and a pizza) to the proceedings.

Writer-director Josh Ruben’s debut feature is a metafictional horror comedy about the pleasures and perils of storytelling and the genre’s power to exorcise social demons. SCARE ME is a clever and chilling hybrid of humor and horror that subverts the cabin-in-the-woods trope. Propelled by Cash and Ruben’s comedic chemistry, SCARE ME ventures into darker territory, drawing dread and pathos from the gender hostilities driving Fanny and Fred’s game of ghost stories." 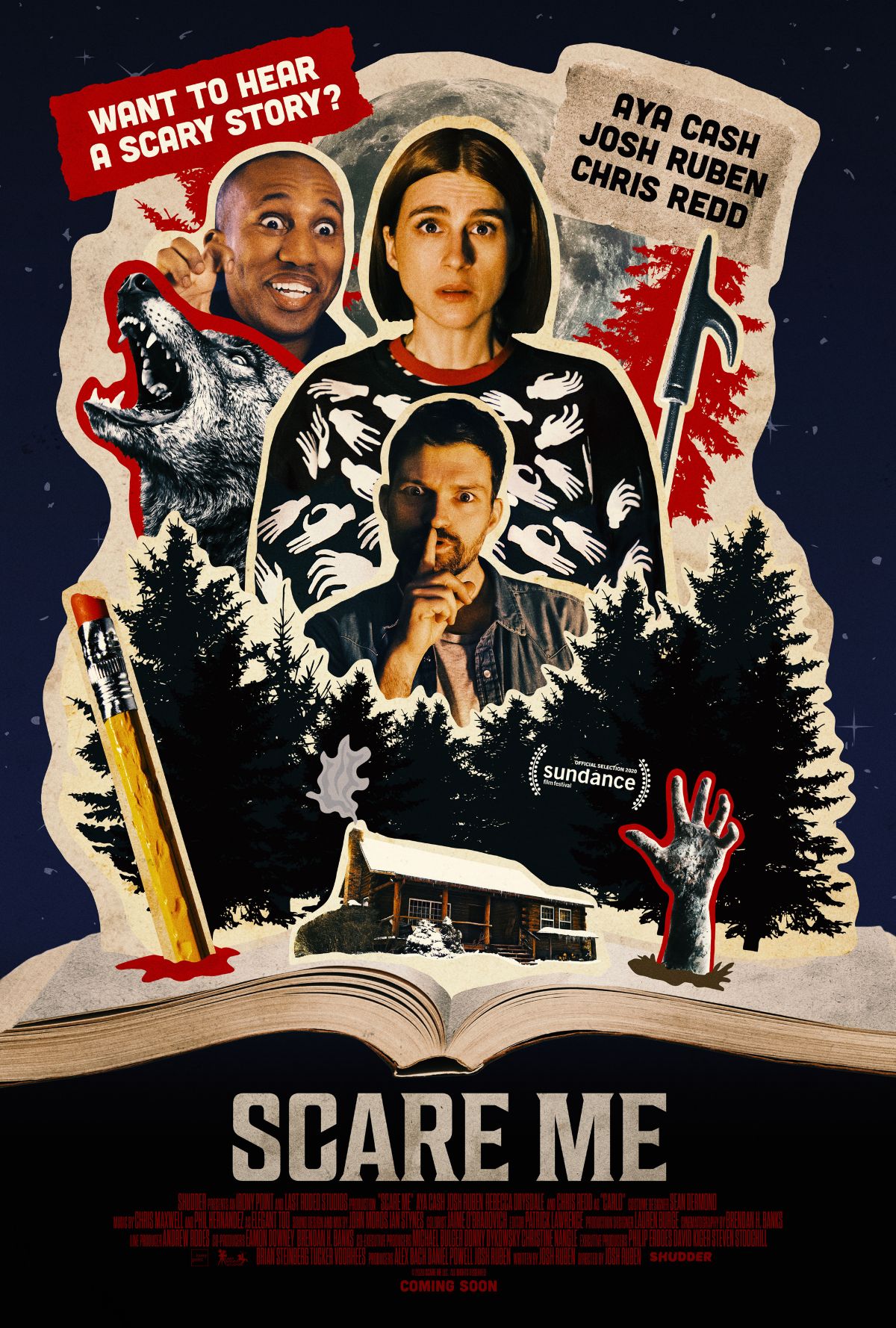