Following its ten-episode first season run that kicked off back in 2019, the Apple Original series Servant (executive produced by M. Night Shyamalan, who has also directed several episodes) is returning for its second season on January 15th, and we have a look at the teaser video and photos from the upcoming season that stars Lauren Ambrose, Toby Kebbell, Nell Tiger Free, and Rupert Grint.

Following its suspenseful season one finale, the second season of the thriller takes a supernatural turn with a darker future for all lying ahead as Leanne returns to the brownstone and her true nature is revealed.

The cast of "Servant" including Lauren Ambrose, Toby Kebbell, Nell Tiger Free and Rupert Grint will all reprise their characters for the second season.

The series is created by the British Academy of Film and Television Arts nominated executive producer and writer Tony Basgallop. In addition to Shyamalan and Basgallop, “Servant” is executive produced by Ashwin Rajan, Jason Blumenthal, Todd Black and Steve Tisch. Taylor Latham and Patrick Markey serve as co-executive producers.

Apple TV+ is home to award-winning Apple Originals from today’s most imaginative storytellers. Apple TV+ offers premium, compelling drama and comedy series, feature films, groundbreaking documentaries, and kids and family entertainment, and is available to watch across all your favorite screens. After its launch on November 1, 2019, Apple TV+ became the first all-original streaming service to launch around the world, and has premiered more original hits and received more award recognitions faster than any other streaming service. Apple Originals have been honored with 120 awards nominations and 39 wins and accolades in 12 months, including a Primetime Emmy Award, Daytime Emmy Awards, SAG Award, NAACP Image Award, Critics Choice Award, Peabody Award, and more.

Apple TV+ is available on the Apple TV app in over 100 countries and regions, on over 1 billion screens, including iPhone, iPad, Apple TV, iPod touch, Mac, select Samsung, LG, Sony, and VIZIO smart TVs, Amazon Fire TV and Roku devices, PlayStation and Xbox consoles, and at tv.apple.com, for $4.99 per month with a seven-day free trial. For a limited time, customers who purchase a new iPhone, iPad, Apple TV, Mac, or iPod touch can enjoy one year of Apple TV+ for free. This special offer is good for three months after the first activation of the eligible device. 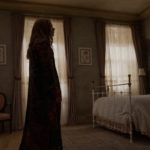 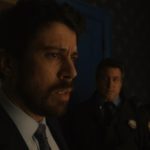 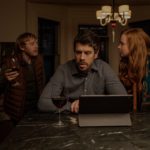