Back in the summer of 2020, Scare Package gave horror fans a blend of blood-spattered scares and killer comedy to stream on Shudder from the safety of their homes, and now creators Aaron B. Koontz & Cameron Burns are back for more horror anthology fun with Scare Package II: Rad Chad's Revenge, and we have a look at the film's official trailer ahead of its December 22nd release on Shudder:

When horror guru Rad Chad Buckley’s funeral turns into an elaborate series of death traps centered around Chad's favorite films, the guests must band together and use the rules of horror to survive the bloody game.

Directed by: Aaron B. Koontz 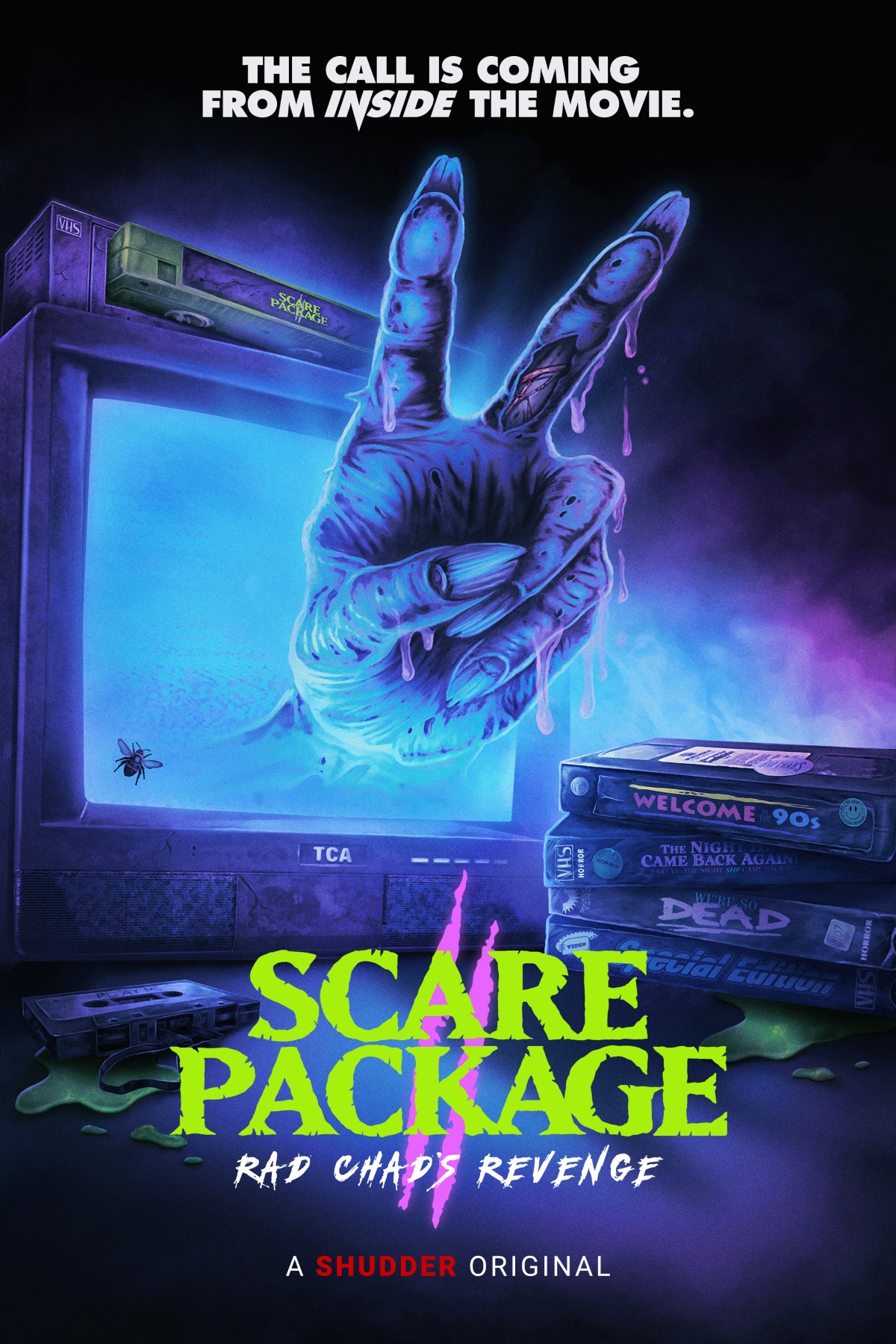