Watch the Trailer for THE UNHEALER, Coming to Blu-ray, DVD, and VOD on June 8th, 2021

Shout! Studios and Scream Factory (in collaboration with VMI Worldwide) will be releasing The Unhealer to digital services, VOD, and Blu-ray / DVD on June 8th and we have a look at the brand-new trailer!

Release Details: "On June 8, 2021, Shout! Studios™ and Scream Factory™ in collaboration with VMI Worldwide will unleash the enthralling sci-fi supernatural thriller THE UNHEALER on digital, VOD, and home entertainment shelves everywhere for watch-at-home. Each collectible edition of THE UNHEALER Blu-ray and DVD contains insightful bonus content, including behind-the-scenes interviews, alternative/ extended scenes, gag reel, and deleted scenes. The DVD will be available at Walmart on the same day!

Official Synopsis: "A bullied teenager gains the means to fight back when a botched faith healing bestows supernatural, shamanistic powers upon him. When his lifelong tormentors pull a prank that causes the death of someone he loves, the teen uses his newfound abilities for revenge and goes on a bloody rampage to settle the score. This dark horror tale features performances from genre favorites Adam Beach, Branscombe Richmond, Natasha Henstridge, and Lance Henriksen. "Any fan of classic Stephen King should definitely check out The Unhealer" (Joanna K. Neilson, Horror DNA) ... it unfolds with fun surprises and gore "like one of those shiny mid-career Wes Craven movies" (Dark Eyes of London). 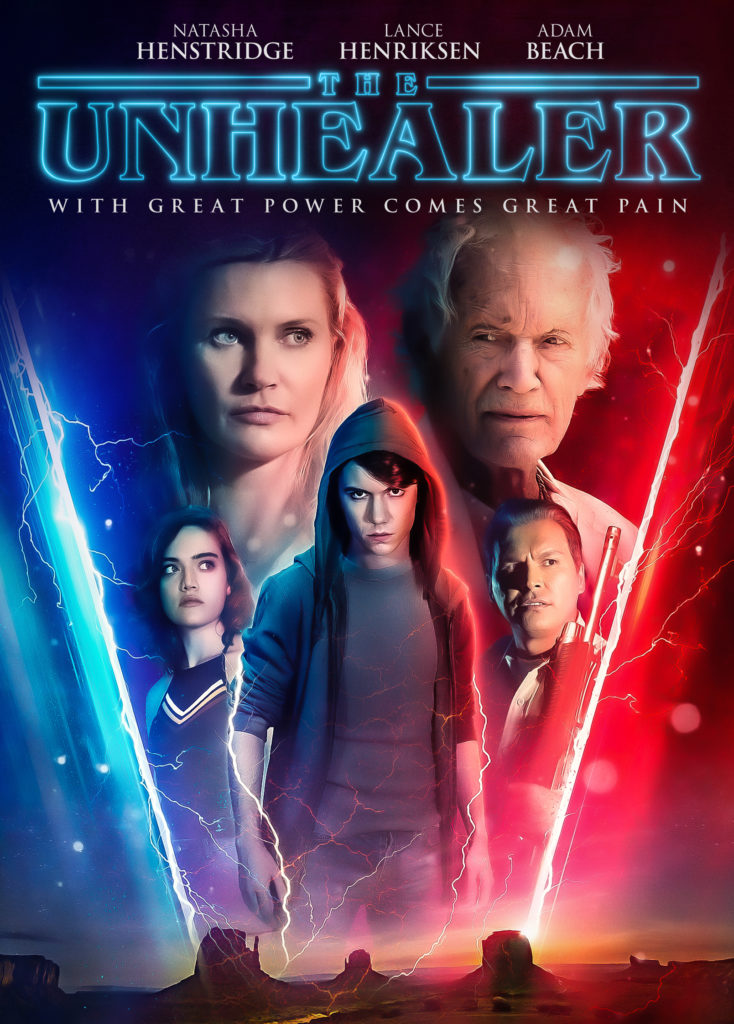