WITCHES IN THE WOODS Gets April 24th Theatrical & On Demand Release from Shout! Studios

After its recent festival screenings, Shout! Studios is bringing Witches in the Woods to theaters and VOD on April 24th. We have the official press release, trailer, and poster below:

A tense tale of survival set in a fabled New England forest, Witches in the Woods is a suspenseful chiller about seven college friends whose off-the-grid snowboarding trip takes a turn for the worst when they get lost in the woods after experiencing car trouble. With temperatures falling fast and their nerves on edge, survival instincts take over as the friends turn against each other…and a witch-hunt begins.

In Witches in the Woods, Jill, a tenacious college freshman, abandons her studies one weekend for an off-the-grid snowboarding trip with six friends. Driving through the freshly-logged mountains of western Massachusetts, a road closure forces them onto an unmarked route into the dark forest. These are the very woods where centuries ago, a dozen women were convicted and hanged for witchcraft. Disoriented in the dense wilderness, the friends slam the SUV into a ditch, totaling the car. As nighttime falls and temperatures drop, the group dynamic begins to unravel. Hypothermia sets in, and violent hallucinations threaten the group’s sanity. With nowhere to go for help, the group risk freezing to death or facing the horrors that lie in the haunted wasteland beyond. 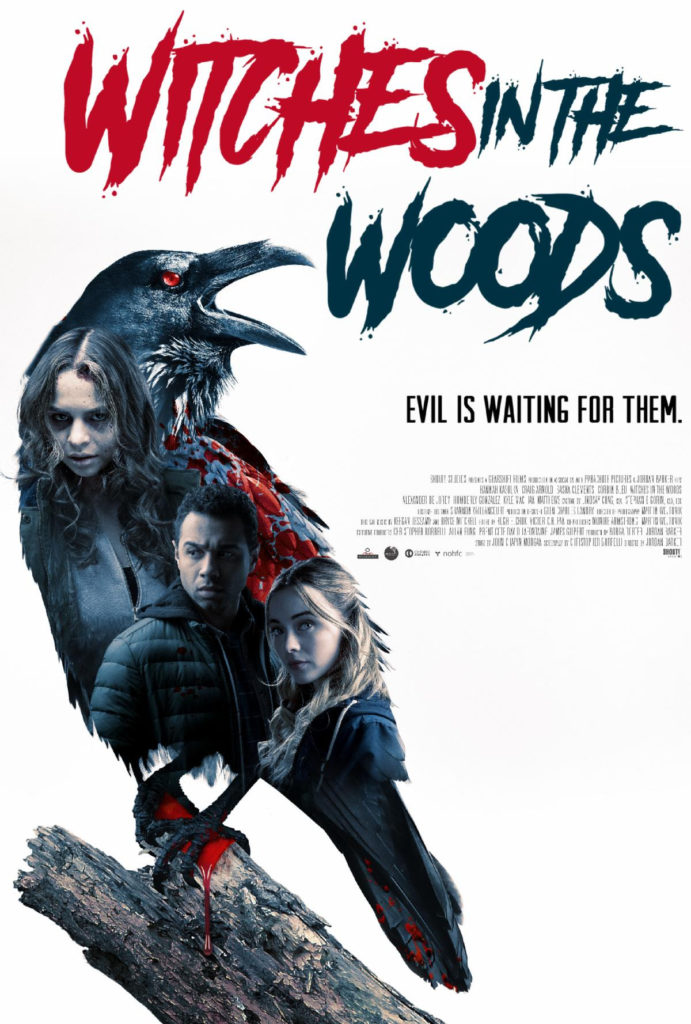