Following their announcement in January that they're adapting Dan O’Bannon's original Alien screenplay into a five-issue comic book series, Dark Horse Comics has now announced that they're also teaming up with Twentieth Century Fox to give the same ambitious treatment to the original screenplay for 1987's Predator.

Written by Jeremy Barlow and based on James E. Thomas and John C. Thomas’ 1984 script Hunters, Predator: The Original Screenplay will be a five-issue series featuring artist Patrick Blaine and inker Andy Owens. The first issue will be released on June 10th.

We have the official press release with more details below, as well as the cover art for the first issue of Predator: The Original Screenplay, and be sure to visit Dark Horse Comics' website for more information on all of their projects.

In Predator: The Original Screenplay, a team of military specialists are on a rescue mission in the jungles of Central America. The details of the mission are classified, but the team soon uncovers a trail of lies and deceit. Something is observing them—tracking their every move. The hunt has begun!

Predator: The Original Screenplay #1 (of five) goes on sale June 10, 2020, and is available for pre-order at your local comic shop. “The Original Screenplay” stories (Alien 3 and Alien) are a line of books which present alternate storylines and events for the now classic sci-fi motion picture masterpieces. 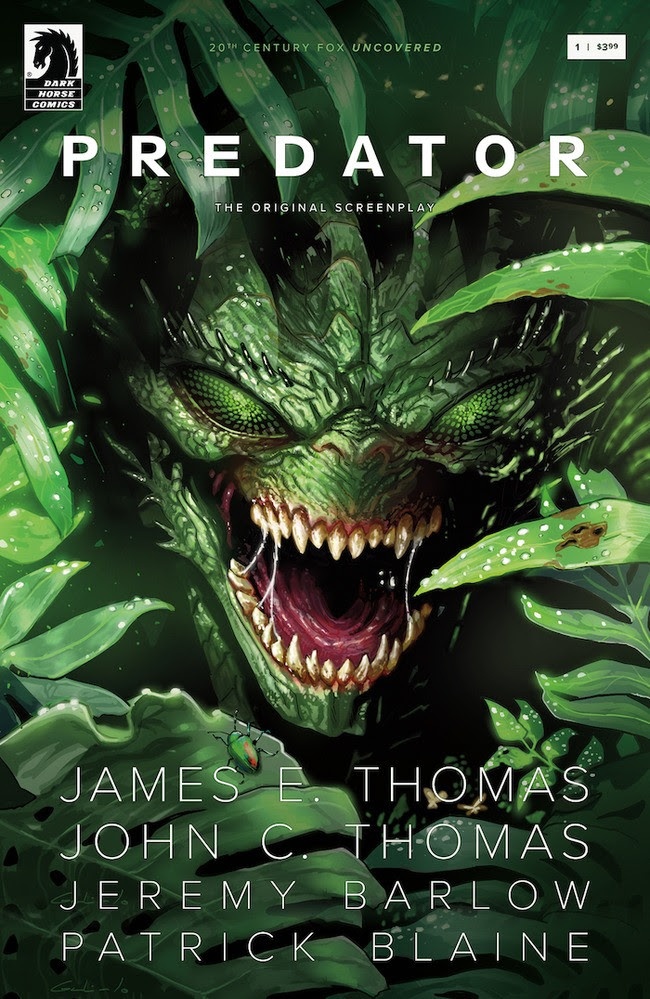