Collecting six issues of AHOY Comics' horror anthology, the Edgar Allan Poe's Snifter of Blood trade paperback is now in comic book shops and will be coming to bookstores on October 5th, and we've been provided with Mark Russell and Peter Snejberg's "The Monster Serials: To Hell Comes a Guest" to share as an exclusive treat for Daily Dead readers!

To read "The Monster Serials: To Hell Comes a Guest" in its entirety, click the cover art below, and visit AHOY Comics' official website to learn more about all of their releases!

Edgar Allan Poe's Snifter of Blood continues to cheaply exploit the great Edgar Allan Poe's reputation! The collection combines 6 issues' worth of anthologies including a take on how the 1% would fare in "Masque of the Red Death" by Tom Peyer and Alan Robinson, Sherlock Holmes's investigation of murders from two Poe stories by Paul Cornell (Doctor Who) and Greg Scott, an update on the "Tell-Tale Heart", and more. Oh, and did we mention the new Cereal Monsters story from Mark Russell and Peter Snejberg?

Click the cover art to read "The Monster Serials: To Hell Comes a Guest": 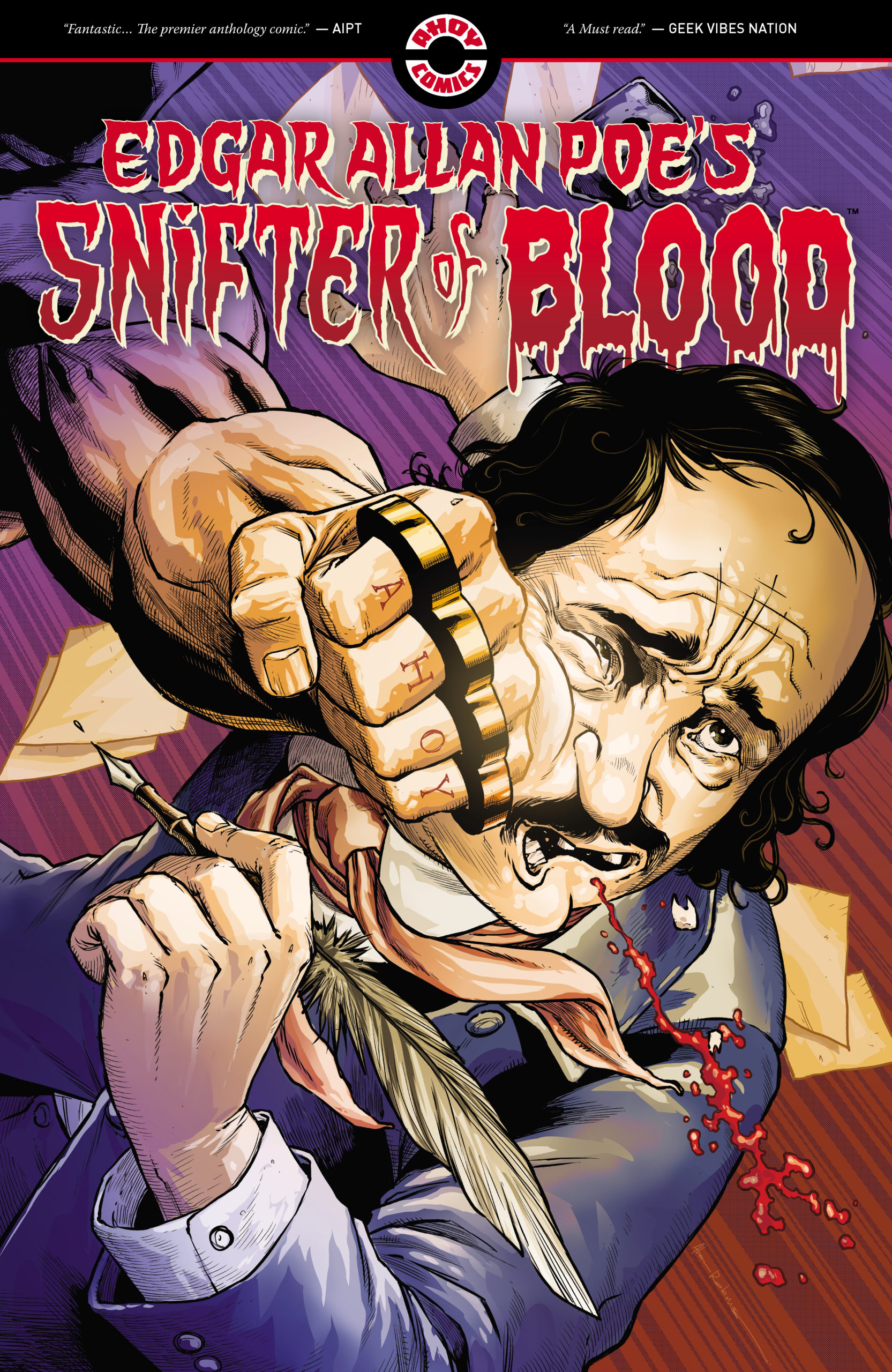