Cristina, a journalist of Mexican origin, travels to her ancestral home in Veracruz to investigate a story of sorcery and healing. There, she is kidnapped by a group of locals who claim she's the devil incarnated. Brigitte Kali Canales, Andrea Cortés, and Julia Vera star.

Acclaimed Author Benjamin Percy and Superstar Artist Francesco Francavilla Collaborate on the Supernatural Horror Novella WEREWORLD: "Acclaimed author Ben Percy and superstar artist Francesco Francavilla have collaborated on WEREWORLD, a new illustrated novella about a year of increasing terror in a small Minnesota town. The supernatural novella will be published by digital publisher NeoText this fall.

What if The Purge were supernatural? What if, instead of one night a year, the world went wild once a month? When the moon was full? What if the contagion was spreading among the population—and no one knew who was infected—only that the violence was growing more severe and widespread? You couldn’t trust anyone—not your neighbors, your friends, or even your family.

Manitou Street—in the cozy college town of Northfield, Minnesota—has always been known for its shady maples and flower-filled gardens and backyard bbq parties and general sense of safety and comfort; but over the course of twelve months, its residents become deeply paranoid and divided. Houses transform into fortresses—with deep arsenals and barred windows and steel-sleeved doors and surveillance cameras—because every time the moon grows fat, the neighborhood has to hunker down and wait out a nighttime assault, uncertain if the enemy is without or within.

"I relished the Michael Whelan illustrations in Stephen King's The Gunslinger as much as I did the prose,” said writer Ben Percy. “My memories of A Christmas Carol are informed as much by John Leech's art as by Charles Dickens' story. I specifically picked up a copy of Dracula because it featured the paintings of Greg Hildebrandt. So the opportunity to join forces on WEREWORLD with Francesco Francavilla—one of my all-time favorite horror artists—was a dream (or should I say nightmare?) come true. The story takes place over the course of a year—organized by monthly chapters set in and around the time of the full moon—and as the pages of the calendar tear away, the paranoia and terror deepen. We hope you have as much fun reading WEREWORLD as we did creating it."

“"I've always loved illustrated prose/literature since I was a kid,” said artist Francesco Francavilla. “I own lots of old classics illustrated by Gustave Dore' (The Divine Comedy, Paradise Lost) and new classics illustrated by Gorey (Dracula) and Bernie Wrightson (Silver Bullet), so to have a chance to dip my artistic toes in this field was a bit of a dream come true. It also helps that Ben's work is SO GOOD and so inspiring. I'm very happy with this collaboration and it definitely left me wanting to do more of these illustrated novellas."

WEREWORLD will be published digitally on September 14, 2021. 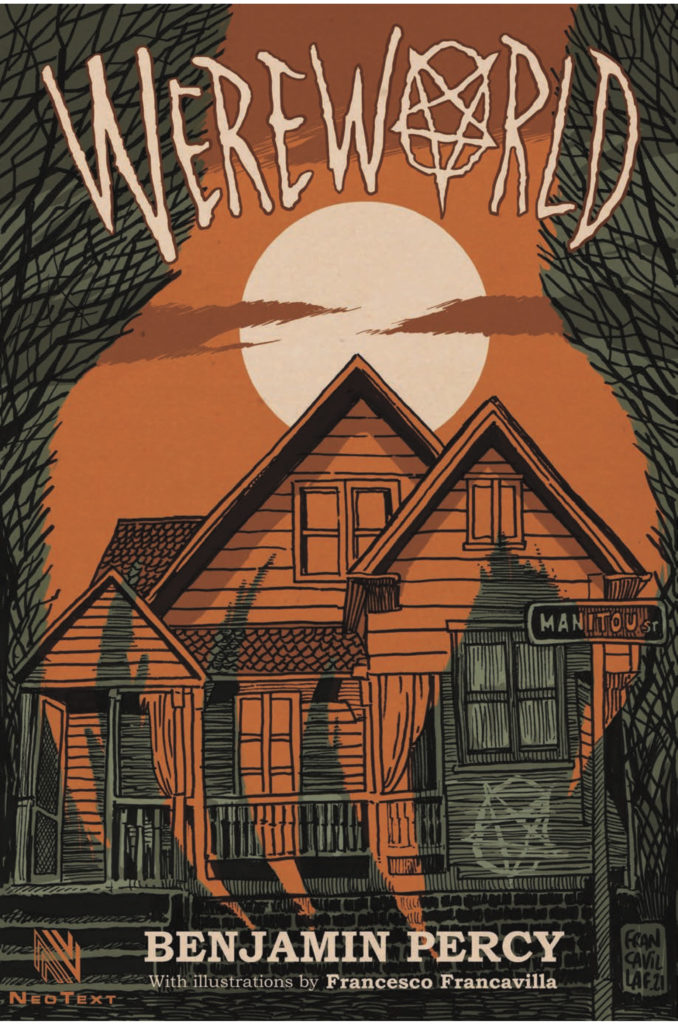 THE PEY: "After sharing a mysterious GIF online, a social media obsessed Teen is hunted by a terrifying monster known as The Pey