Back in July, we revealed the cover art for the first two issues of Edgar Allan Poe's Snifter of Blood, which, in the spirit of Edgar Allan Poe's Snifter of Terror, features macabre tales with a potent blend of humor and horror (oftentimes reimagining stories by the Master of the Macabre himself). Ahead of the second issue's November 18th release from AHOY Comics, we have a set of preview pages to share with Daily Dead readers.

Below, you can read an excerpt from Mark Russell and Peter Snejberg's "To Hell Comes a Guest," in which a leprechaun visits breakfast-loving vampires at their castle, and to learn more about Edgar Allan Poe's Snifter of Blood #2, visit AHOY Comics.

Writer Mark Russell (SECOND COMING) and artist Peter Snejberg contribute another in their popular original Cereal Monster series: A magical leprechaun invades the castle of a breakfast-obsessed vampire and his undead bride. PLUS! Poe attempts to explain his classic "Cask of Amontillado" to a group of famous writers who aren't impressed, in a story by Devin Grayson with art by Chris Giarrusso and Richard Williams. 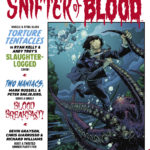 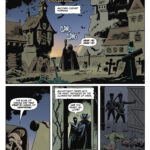 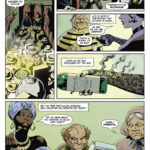 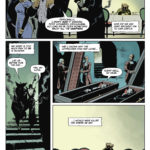 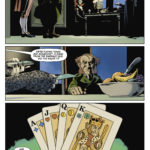 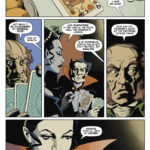