Noah Hutton’s Lapsis is a low-tech science fiction movie that examines corporate monopolies and labor relations, while also exploring the role of the Everyman in the gigantic web that corporate control can create.

Ray (Dean Imperial) is struggling. He works a dead-end job and barely makes enough money to make ends meet. His younger brother is sick, and Ray needs a big payday to earn enough to cover a treatment program at a fancy clinic. He turns to a (somewhat shady) friend, who hooks him up with a job as a cabler, running cable lines through the woods to better connect the latest technology: Quantum Computers.

Ray is a tad tech challenged. He shows up and does the work, but has little understanding of exactly what he is accomplishing or how it all works under the hood. His job is to lay the cable. The more cable he lays, the more money he earns, and has the opportunity to unlock new and higher paying routes.

As he gets comfortable with the job, he begins to talk with other cablers that he encounters along the way. At first, they seem friendly, but after they learn which account he has taken over, they immediately become quiet and distance themselves from him. There is definitely more going on behind the scenes than Ray is aware of, and the more he learns about his new job, the more complicated everything seems to get.

Hutton offers a lot of concepts up for thought - unionization, labor relations, the stranglehold that large corporations have on their workers and their willingness to exploit it, and the nature of bootstraps versus privilege. The more Ray learns about cabling and the company that he is working for, the more difficult it becomes for him to just keep his head down and do the job. He begins to realize just how much is at stake—not only for him, but for the other people who find themselves in the grip of the corporation.

So much of this film relies on how the audience connects with Ray. Dean Imperial does a great job inhabiting this character. Though flawed, Ray is a sympathetic character, and one that we can easily get behind. He might not understand the ins and outs of what he has gotten himself into, but he is willing to learn, and in learning, he begins to see things more clearly. Where at the beginning, he was only out for himself, by the end of the film, he comes to understand the damning nature of the industry he has entered and embraces a willingness to see himself as a unit of workers, rather than as an individual doing a job.

Though a bit messy in places, Lapsis offers a lot to enjoy. Hutton asks the audience to consider a number of important concepts over the course of the film, and while the story could stand to be a bit tighter, it’s still an entertaining journey, as well as a relevant one. 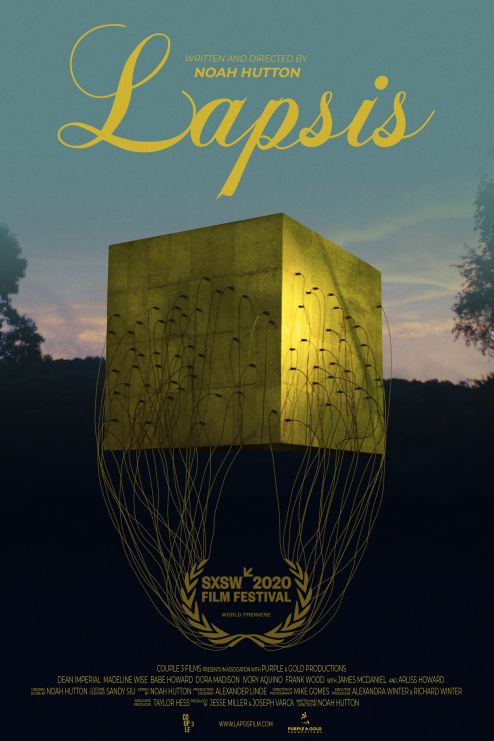