Nightstream 2020 Review: ANYTHING FOR JACKSON Illustrates Just how Dangerous Deals with the Devil Can Be

Grief is a powerful emotion. It can take over our lives, color our days, and lead us to do the most unimaginable things. The story of Anything for Jackson is fueled by such grief. It follows Henry and Audrey Walsh (Julian Richings and Sheila McCarthy), an elderly couple grieving the tragic loss of their daughter and grandson and looking for answers. They find those answers in a Satanic cult. Their studies lead them to an ancient ritual that promises the resurrection of their grandson, Jackson, through the host body of a young woman’s unborn child.

As the film opens, they kidnap their intended target, the very pregnant Shannon (Konstantina Mantelos), and hold her hostage while they attempt to perform the ritual and bring their beloved Jackson back into their lives. Though well-intentioned (you know, kidnapping aside), their actions are driven by a pact with the Devil, and such things never work out the way you expect them to.

Justin Dyck’s film balances the sense of grief and desperation that drives the Walshes with the heart-stopping horrors they unleash into their home as a result of their actions. Nobody said that a Satanic-driven reincarnation would be easy, but it definitely leads to more than they bargained for. All manner of ghosts and demons begin showing up—from memories of their daughter when she was younger to total strangers who suffered horrific deaths. The door they opened is one not easily closed, and while they retain hope of their grandson returning if they can just see this to the end, doing so becomes more and more dangerous and terrifying.

Richings and McCarthy both give incredible performances in their respective roles. Henry and Audrey are not bad people. They didn’t turn to Satan with evil intentions or the desire for chaos. They are a desperate couple who lost their entire family and will do anything within their power, no matter how horrible, to try to right that wrong. In their many conversations with Shannon, they make it clear that it is not their intention to harm either her or her unborn baby. Their choices are not driven out of ill will or bad intent. They are driven by grief.

Understandable intentions or no, their actions are still deplorable, and they know it. It’s a fact they have willingly embraced out of sheer desperation. Their drive to make their family whole again outweighs any element of regret, logical thought, or understanding of their actions. They have accepted their own decision and made peace with it.

Dyck does a great job at balancing the character motivation with the horror moments. The film doesn’t lean too far to one side or another. Our protagonists are reprehensible, but we see them as what they are: terribly sad people who are unable to move on. And yet, that characterization does nothing to hamper the scarier moments of the film, and I guarantee you at least one of them will leave you squirming in your seat.

You always have to be careful when you go around asking Satan for favors, and Anything for Jackson proves just how true that statement is. 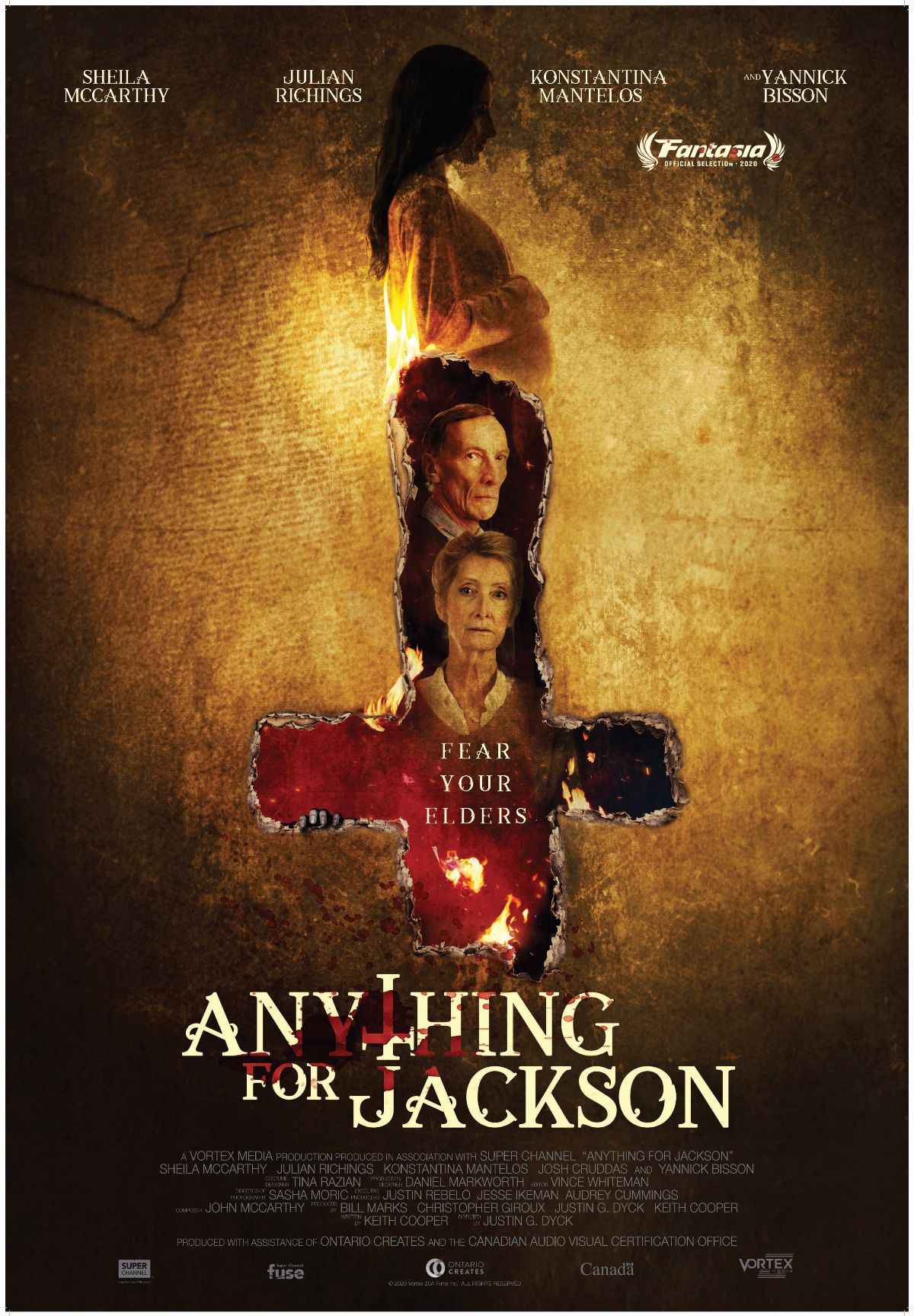