Hard Case Crime previously published two of my favorite Stephen King novels—The Colorado Kid and Joyland—so I'm thrilled that they've teamed up with King once again to publish his new book, Later. With the supernatural noir now available in paperback, audio, and digital (ahead of its limited edition hardcover release on March 30th), we've been provided with an excerpt to share with Daily Dead readers!

Click the cover art below to read an excerpt from Later, and to learn more about King's new novel, read the official press release and visit:

LATER tells the story of Jamie Conklin, a boy whose unusual abilities could aid his single mom and her police detective lover – but only at a terrible cost. One of the most beloved storytellers of all time, Stephen King is the world’s best-selling novelist, with more than 350 million books in print.

LATER is the third book Stephen King has written for Hard Case Crime. Both of the previous two, THE COLORADO KID and JOYLAND, were New York Times bestsellers.

Stephen King commented, “I love the Hard Case format, and this story—combining a boy who sees beyond our world and strong elements of crime and suspense—seemed a perfect fit.”

“LATER is a beautiful story about growing up and facing your demons -- whether they’re metaphorical or (as sometimes happens when you’re in a Stephen King novel) the real thing,” said Charles Ardai, the Edgar Award-winning editor of Hard Case Crime. “It’s terrifying, tender, heartbreaking and honest, and we’re so excited to bring it to readers.”

Like Stephen King’s previous books for Hard Case Crime, LATER will be published initially as a paperback original, featuring an original cover painting by Paul Mann. This edition will be followed by a limited-edition hardcover that will feature two new cover paintings by awardwinning artist Gregory Manchess, one for LATER itself and one for a fictitious novel within the novel that features prominently in the plot. An ebook edition of LATER will also be available.

Called “the best new American publisher to appear in the last decade” by Neal Pollack in The Stranger, Hard Case Crime revives the storytelling and visual style of the pulp paperbacks of the 1940s, 50s, and 60s. The line features an exciting mix of lost pulp masterpieces from some of the most acclaimed crime writers of all time and gripping new novels from the next generation of great hardboiled authors, all with new painted covers in the grand pulp style. Authors have ranged from literary figures such as Joyce Carol Oates and Gore Vidal to giants of the mystery genre such as James M. Cain, Erle Stanley Gardner, and Mickey Spillane, as well as film directors Brian De Palma and Samuel Fuller, titans of speculative fiction such as Ray Bradbury and Michael Crichton, and numerous Grand Masters of the Mystery Writers of America including Donald E. Westlake, Lawrence Block, and Ed McBain. 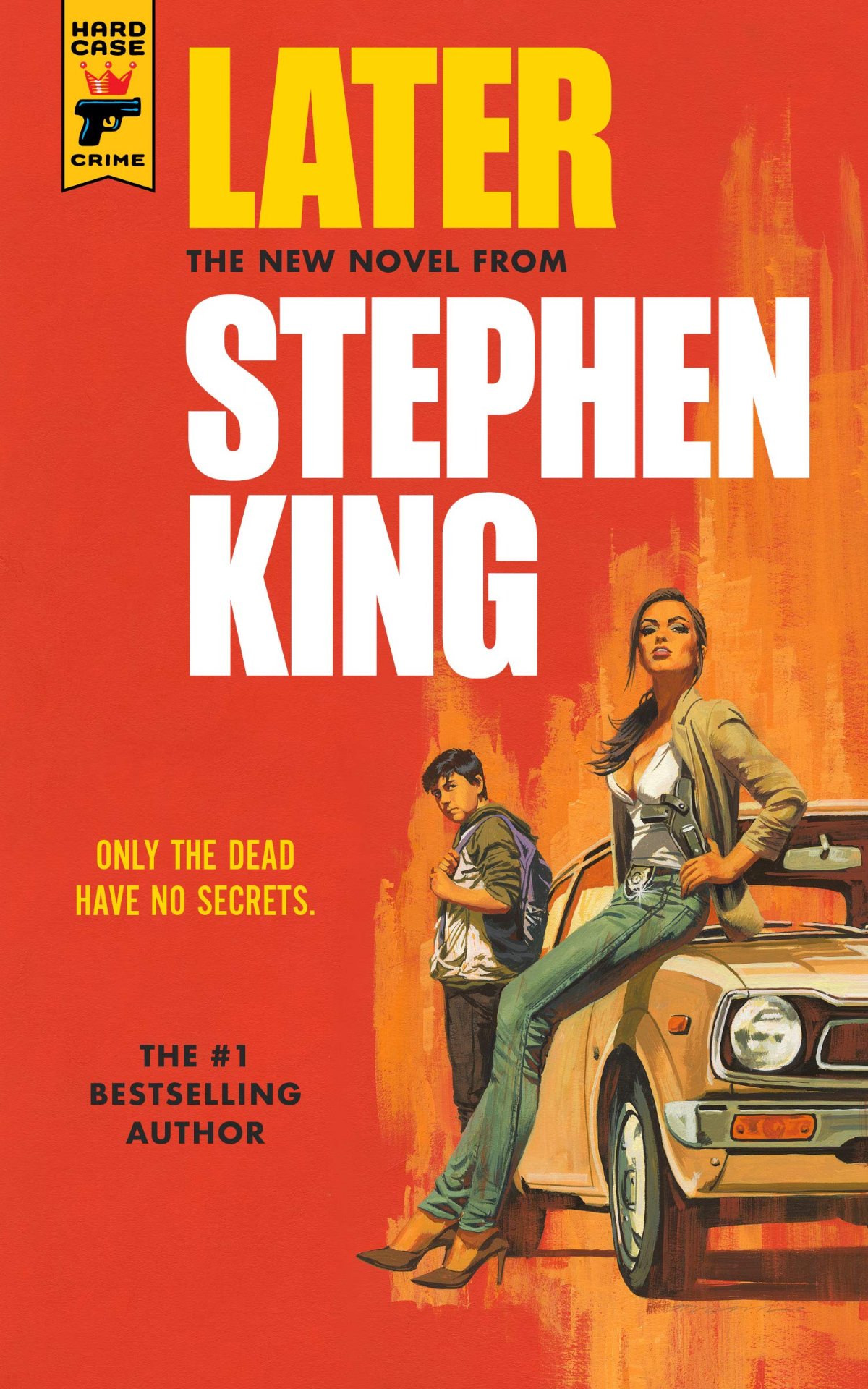