Following their recent collaboration on Apache Delivery Service (in case you missed it, read our previous Q&A), the creative trio of Matt Kindt, Tyler Jenkins, and Hilary Jenkins are reteaming for the new comic book miniseries Hairball. Following a young girl and her enigmatic black cat, Hairball #1 will be released in April 2023 through Kindt's Flux House imprint at Dark Horse Comics, and we have a look at the cover art and details on the supernatural thriller:

Press Release: Timed to National Cat Lover’s Month, Flux House and Dark Horse Comics are announcing HAIRBALL by bestselling writer Matt Kindt and artist Tyler Jenkins with colors by Hilary Jenkins. In this supernatural thriller from the Eisner-nominated creators of Fear Case and Apache Delivery Service, a dysfunctional family’s mounting problems may or may not be caused by an unlikely culprit: the family’s cat. This frightening, four-part mini-series is Matt Kindt’s latest series with frequent collaborators Tyler Jenkins and Hilary Jenkins.

“I’ve written stories of international intrigue and locked room murder mysteries, but in twenty years of making comics, I’ve rarely been compelled to create a horror story,” said Kindt. “And for good reason. I was actually sick to my stomach when I finished writing the end of issue 1. I grossed myself out. I knew that I’d need someone fearless to draw it. (There was no way I was going to.) I knew that Tyler was the perfect artist and co-creator for the story. And when Tyler and Hilary started sending his pages in, it was just as horrible as I’d imagined —in the very best way.”

“The best horror stories peel back and slowly reveal the horrors of everyday life,” said Jenkins. “At its heart, HAIRBALL is a story about a family, one that treats each other horribly. Is there a reason for their terrible behavior? Could the cause of all their problems really be Bestie?”

In HAIRBALL, a young girl named Anna begins to suspect that her black cat is behind all her troubles: her parents’ fighting and the strange whispering in her ear at night.. As she tries her best to rid herself of this creature, she finds that it’s not so easy to kill. But just maybe, the cat is the only thing standing between her and an even greater evil that threatens to destroy her life.

“HAIRBALL can be described as Junji Ito Meets Hayao Miyazaki meets Stephen King,” said Dark Horse Publisher Mike Richardson. “The story is strange and supernatural, but the world is so familiar and the family’s trauma is so real that you will not forget Bestie and her family.”

HAIRBALL is the latest release from Flux House, a new boutique imprint that will feature the writing (and sometimes) art of Matt Kindt, with crime, science fiction, and humor stories, all told and presented in startling and untraditional ways, following the release of MIND MGMT: BOOTLEG. Dark Horse will publish issue 1 in April 2023 with a cover by Kindt and a variant cover by THE DEPARTMENT OF TRUTH's Martin Simmonds. For more information about Flux House, follow Dark Horse Comics on social media  and follow Flux House on Twitter.

Matt Kindt is a New York Times bestselling, Harvey Award-winning writer and artist of comics and graphic novels. His work includes MIND MGMT, BRZRKR (with Keanu Reeves), Eniac, Revolver, 3 Story, Super Spy, 2 Sisters, and Pistolwhip. He has been nominated for four Eisner Awards and three Harvey Awards (and won once). His work has been published in French, Spanish, Italian, Korean, and German. The author lives in St. Louis, Missouri, with his wife and Dept H. collaborator, the colorist and artist Sharlene Kindt.

Tyler Jenkins is the wildly popular creator of his 3 children. He lives in Canada, in a house, with an unreasonably and distractingly attractive woman and primarily spends any part of the day he hasn’t already wasted making comic books. His co-creators know him as enthusiastic and adequate. He is at least partially responsible for a few titles you may or may not have heard of: Peter Panzerfaust, Snowblind, Neverboy, Grass Kings, King of Nowhere, Black Badge, Fear Case, Apache Delivery Service as well as one poorly received issue of Adventure Time. You can judge the satisfaction he derives from this line of work by the company he keeps. You can also find him teaching storytelling and illustration at The Alberta University of the Arts if you feel the need to listen to a grown man ramble about things only tangentially related to anything relevant. He likes drawing horses. He hates drawing dogs.

Hilary Jenkins brings her love of painting to coloring comics, using gouache and watercolor to add a signature painterly quality to the inked lines.  She was raised on a remote island, with a population of twenty that included the artist David Barker. There, under his mentorship, she formed an unshakable sense of wonder for the world that shines through every piece she creates. Hilary’s colourist credits include: the award-winning title Grass Kings (BOOM!), Tartarus (IMAGE), Fear Case (DARK HORSE), Swim Team (Harper Collins), Apache Delivery Service (Dark Horse) and many others. Follow her on Instagram @hilary.jenkins.art. 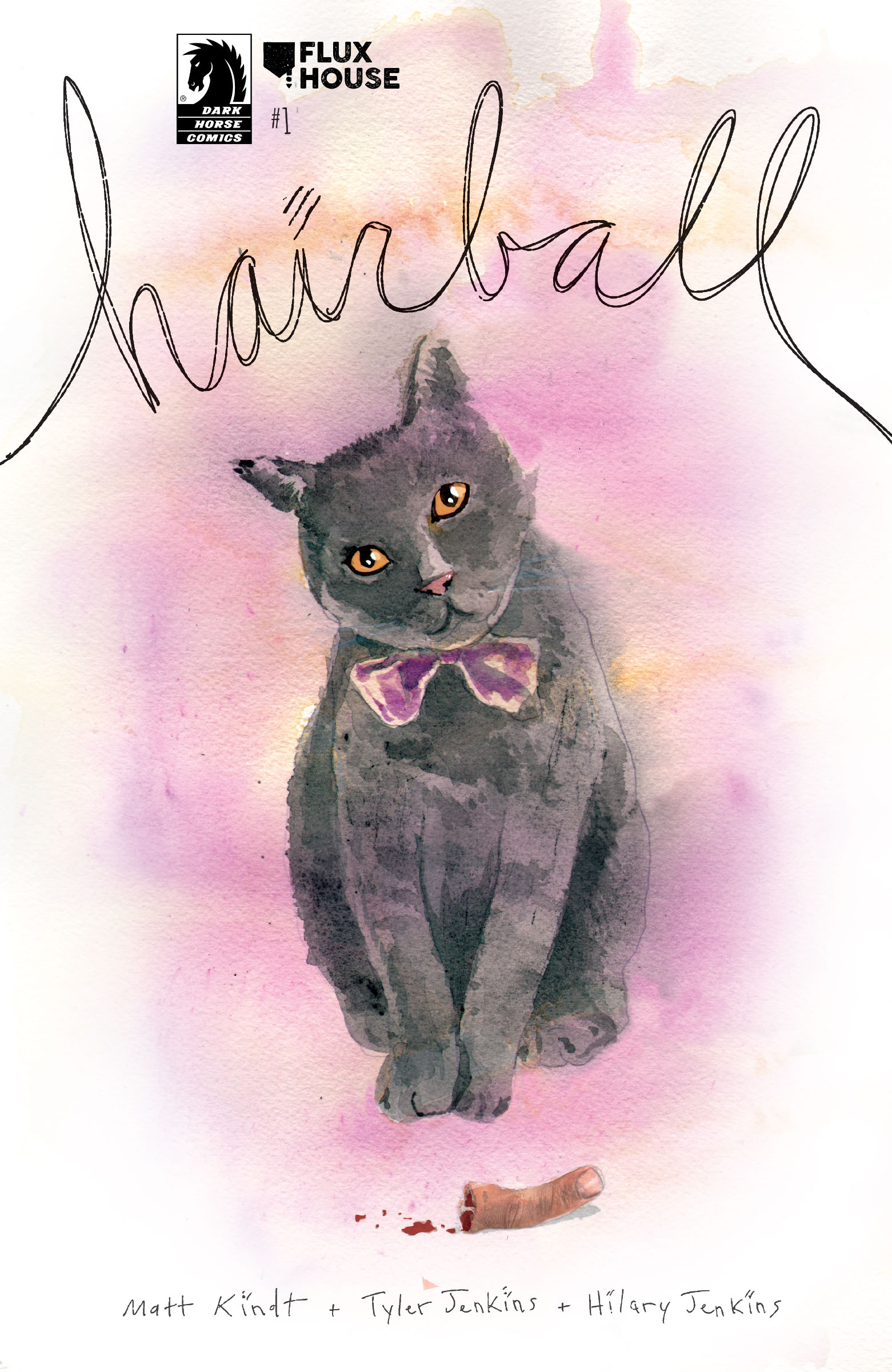 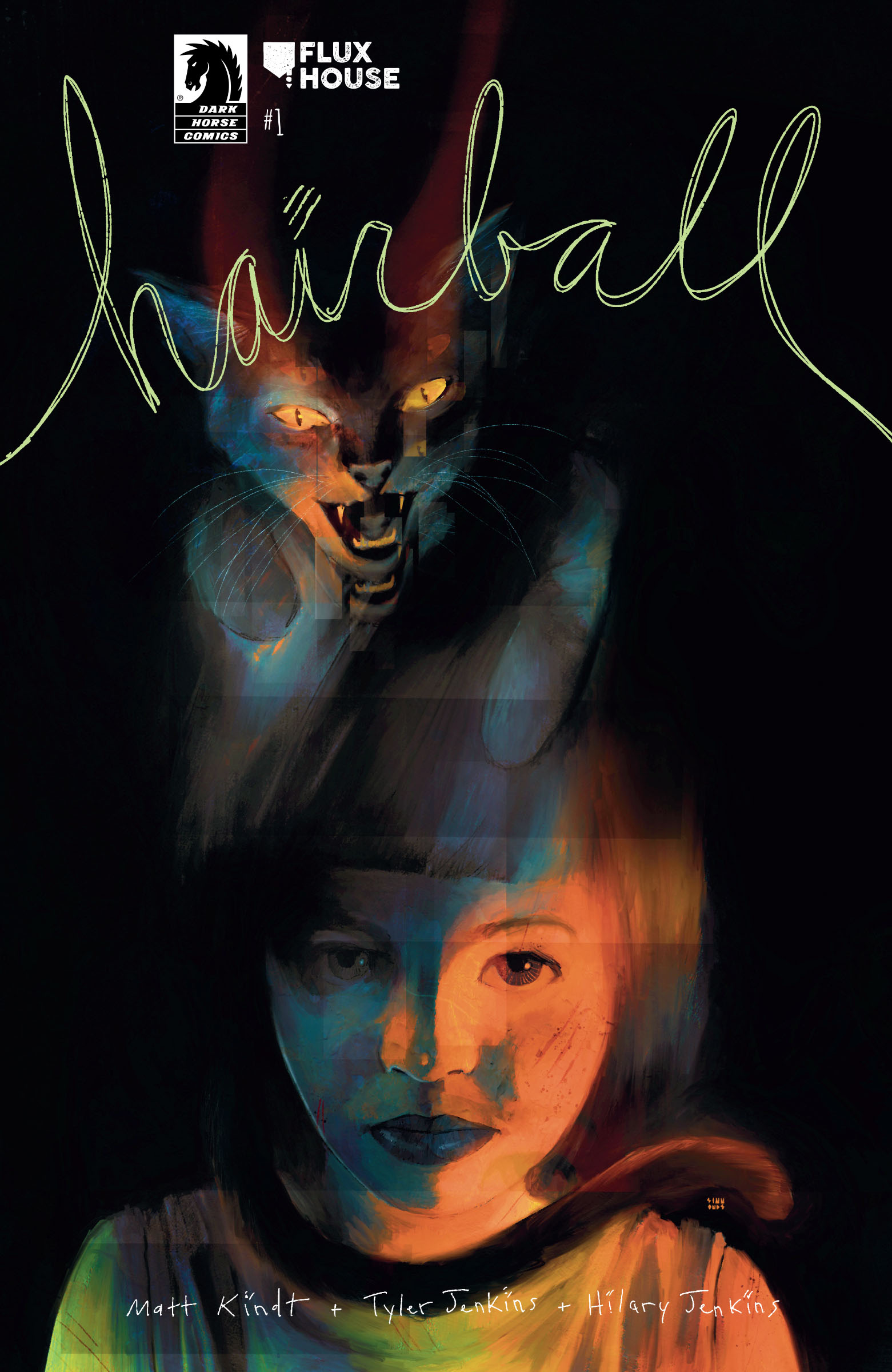