One of my favorite (and certainly the most unnerving) movies that screened at this year's Overlook Film Festival, Scott Derrickson's The Black Phone (co-written by C. Robert Cargill and based on the short story of the same name by Joe Hill) is heading home to Digital on August 12th, followed by a Blu-ray and DVD release on August 16th via Universal Pictures Home Entertainment.

Below, we have a look at the Blu-ray / DVD cover art and details on the bonus features, including deleted scenes and a feature-length commentary by Derrickson.

Also, in case you missed it, go here to catch up on our previous coverage of The Black Phone, including Heather Wixson's review and Michelle Swope's video interviews with the cast and crew!

From the Press Release: Universal City, California, August 5, 2022 – Never talk to strangers. Academy Award® nominee Ethan Hawke (Sinister, Boyhood, Training Day), in the most disturbing role of his career, stars in a new suspenseful thriller based on the short story by Joe Hill (“Locke & Key,” Horns) and from Blumhouse and director Scott Derrickson who brought you Sinister and Doctor Strange. Certified Fresh on Rotten Tomatoes with a score of 83%, THE BLACK PHONE is available to own with captivating extras on Digital August 12, 2022 and on Blu-rayTM and DVD August 16, 2022 from Universal Pictures Home Entertainment. Hailed as “a modern horror classic” (Daily Dead), THE BLACK PHONE comes with exclusive bonus content which includes deleted scenes, behind-the-scenes featurettes with the cast and crew, Derrickson’s short film SHADOWPROWLER and a feature commentary by director, producer, co-writer Scott Derrickson.

Finney (Thames), a shy but clever 13-year-old boy, is abducted by a sadistic killer (Hawke) and trapped in a soundproof basement where screaming is of little use. When a disconnected phone on the wall begins to ring, Finney discovers that he can hear the voices of the killer’s previous victims. And they are dead set on making sure that what happened to them doesn’t happen to Finney. The film is produced by Derrickson & Cargill’s Crooked Highway and presented by Universal and Blumhouse.

With the purchase of THE BLACK PHONE on disc or digital, fans are eligible to earn points towards digital movies via the Universal All-Access Rewards program. Members can redeem their points for digital movies, swag and more! For registration and details please visit www.MyUniversalRewards.com.

THE BLACK PHONE will be available on Blu-ray™, DVD and Digital. 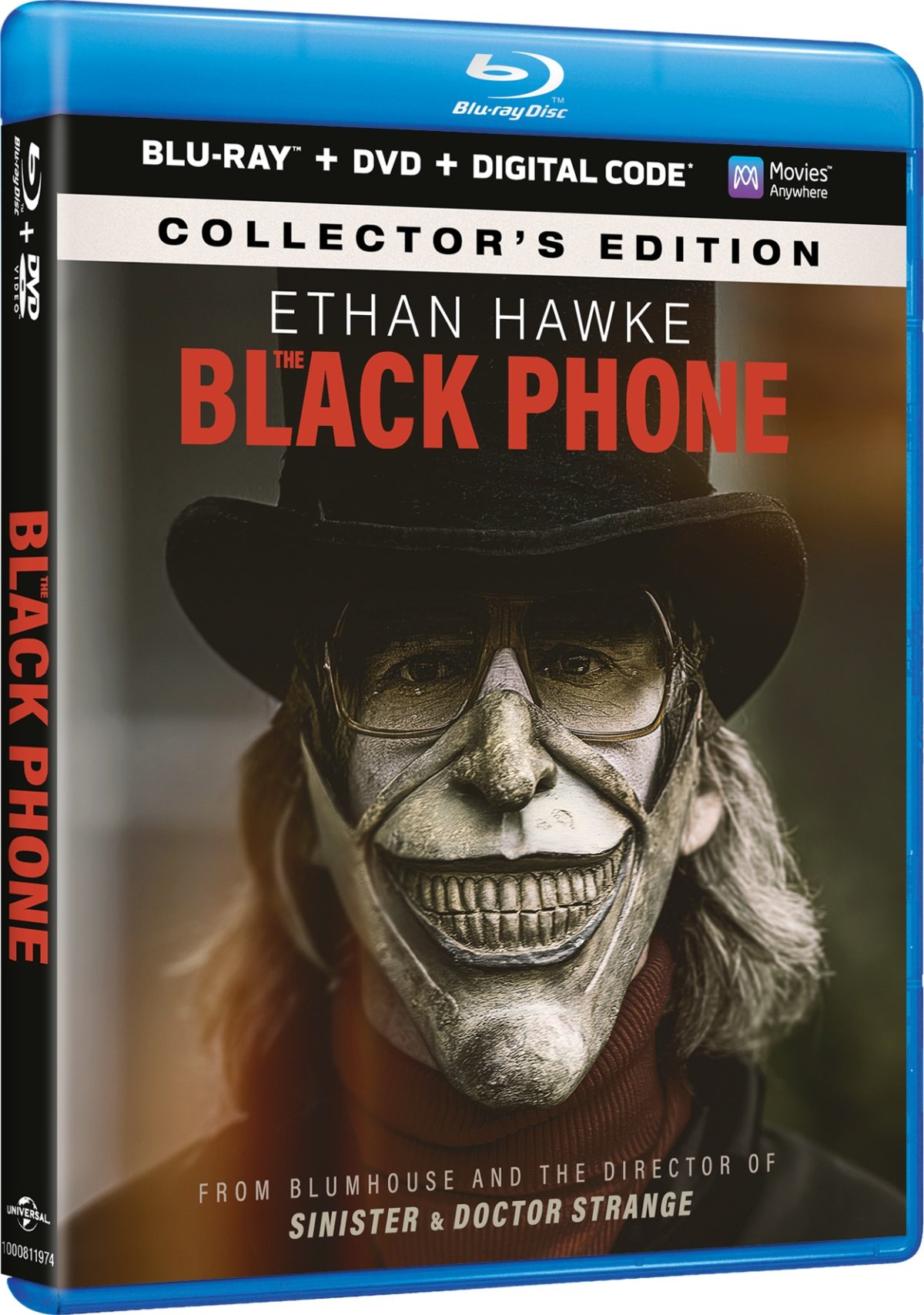