Following its teaser trailer debut back in May, the official trailer has now been revealed for Leigh Janiak's adaptation of R.L. Stine's Fear Street books, coming to Netflix over the course of three weeks this July!

Growing up as an avid Goosebumps lover, I kept my eyes peeled at countless garage sales for R.L. Stine's other popular book series, Fear Street (in addition to his Point Horror titles and Christopher Pike's novels), because those spooky tales geared towards slightly older readers seemed more foreboding and dangerous than my beloved Goosebumps books that I devoured at the local library (along with a steady diet of The Hardy Boys, The Boxcar Children, and Ghosts of Fear Street).

I couldn't be more excited, then, that at long last we'll see Stine's Fear Street books get their time in the adaptation spotlight this summer, and you can get an idea of what to expect in the new trailer and quotes below!

Here's what Janiak had to say about the cinematic inspirations behind the trilogy:

"As a filmmaker making Fear Street, but also just as a movie lover, I was so excited to pay homage to some of the great eras of horror movies. For 1994, Scream stood above all rest -- it's peak '90s horror and, I think, one of the most brilliant movies ever made, period. Then for 1978, I got to look at the heyday of slasher films - Friday the 13th, Halloween, Nightmare on Elm Street. For 1666...I found the best inspiration for me lay in the beautiful world made rotten of Terence Malick's The New World."

Stine himself shared the universality and enduring appeal of his Fear Street books:

We also have the loglines for each Fear Street film:

Trilogy Logline:
In 1994, a group of teenagers discover the terrifying events that have haunted their town for generations may all be connected - and they may be the next targets. Based on R.L. Stine's best-selling horror series, FEAR STREET follows Shadyside's sinister history through a nightmare 300 years in the making.

FEAR STREET PART 1: 1994
A circle of teenage friends accidentally encounter the ancient evil responsible for a series of brutal murders that have plagued their town for over 300 years. Welcome to Shadyside.

FEAR STREET PART 2: 1978
Shadyside, 1978. School's out for summer and the activities at Camp Nightwing are about to begin. But when another Shadysider is possessed with the urge to kill, the fun in the sun becomes a gruesome fight for survival.

FEAR STREET PART 3: 1666
The origins of Sarah Fier's curse are finally revealed as history comes full circle on a night that changes the lives of Shadysiders forever. 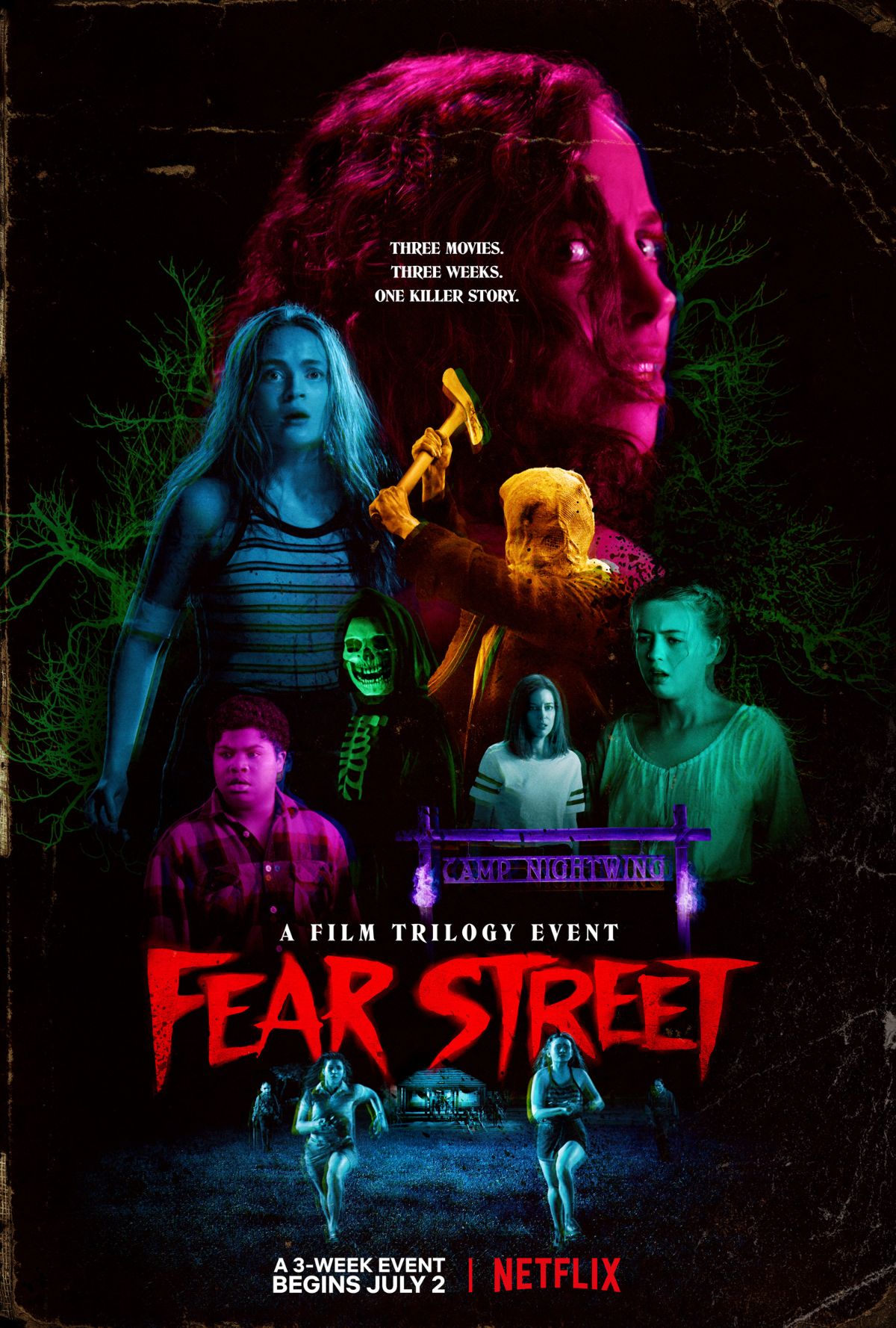