Directed by Mary Nighy from a screenplay by Alanna Francis, the psychological thriller Alice, Darling (starring and executive produced by Anna Kendrick) will be released theatrically in Los Angeles on December 30th before coming to AMC theaters throughout the US on January 20th, and we now have a look at the official trailer ahead of its release.

In the taut thriller ALICE, DARLING, Oscar® nominee Anna Kendrick (Best Supporting Actress, Up in the Air, 2009) stars as a woman pushed to the breaking point by her psychologically abusive boyfriend, Simon. While on vacation with two close girlfriends, Alice rediscovers the essence of herself and gains some much-needed perspective. Slowly, she starts to fray the cords of codependency that bind her. But Simon’s vengeance is as inevitable as it is shattering – and, once unleashed, it tests Alice’s strength, her courage, and the bonds of her deep-rooted friendships. 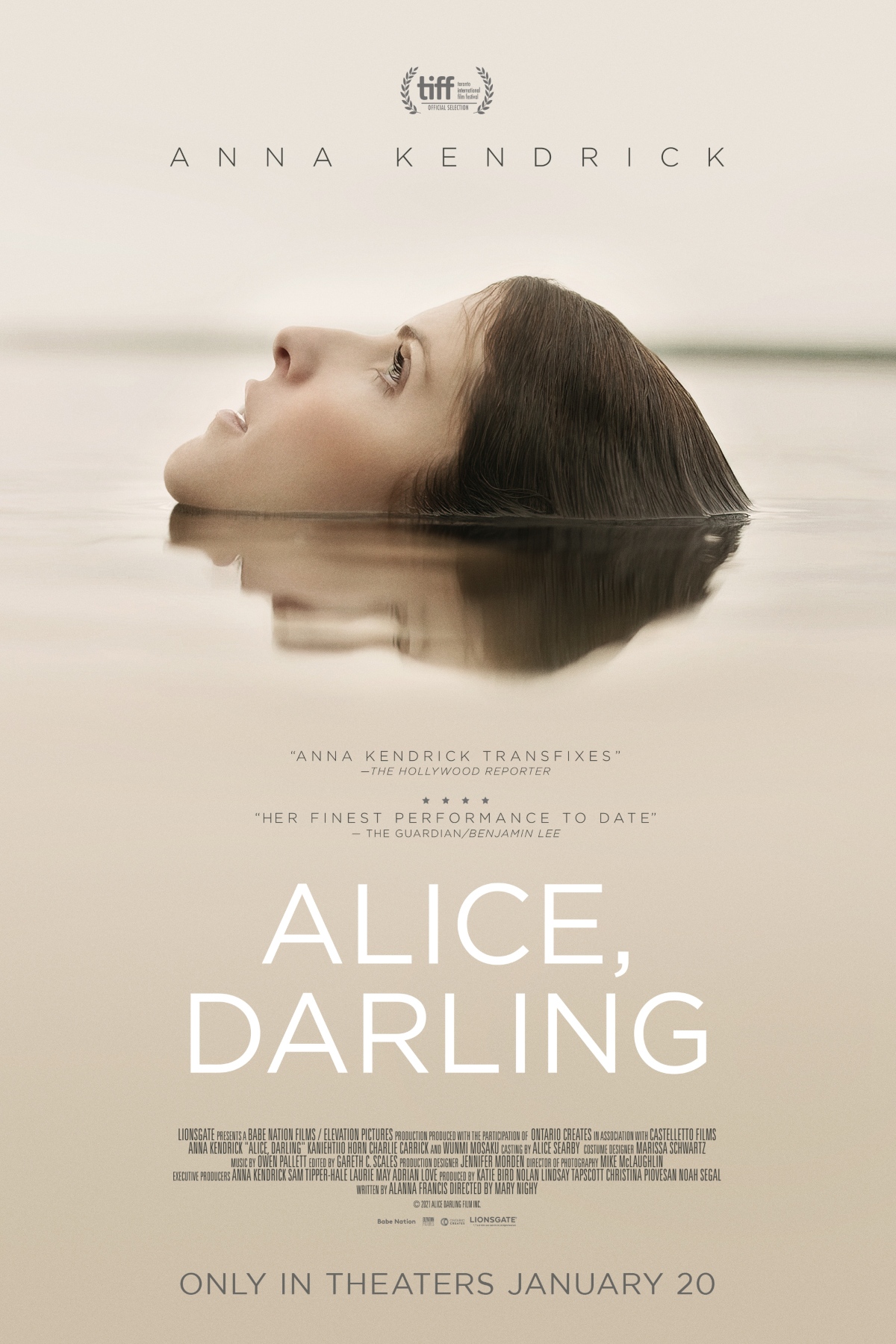