We're longtime fans of filmmaker Jill Gevargizian here on Daily Dead, with Heather Wixson and Patrick Bromley discussing her work on a previous episode of Corpse Club, in addition to sharing her uniquely haunting short films over the years, so we're especially thrilled that Gevargizian's new film The Stylist (based on her renowned 2016 short film of the same name) will be released on Arrow Video's streaming service following its well-received festival run!

We have the official announcement from Arrow Video below, as well as the film's teaser trailer, and in case you missed it, read Heather Wixson's Fantastic Fest review of The Stylist!

Press Release: London, UK - Arrow Video is excited to announce the March 1 release of Jill Gevargizian's The Stylist, the headliner of the March 2021 lineup of their subscription-based ARROW platform. Building on the success of the Arrow Video Channel and expanding its availability across multiple devices and countries, ARROW boasts a selection of cult classics, hidden gems and iconic horror films, all passionately curated by the ARROW team. The full March 2021 lineup will be announced shortly.

Based on Gevargizian's award-winning short of the same name, The Stylist reunites Gevargizian with the short's lead actor Najarra Townsend (Contracted, Wolf Mother). Townsend stars as Claire, a lonely hairstylist who becomes obsessed with her clients...to their peril. Genre star Brea Grant (After Midnight, Beyond the Gates, director of 12 Hour Shift) joins the feature as Olivia, an unsuspecting bride who makes the deadly mistake of hiring Claire for her big day.

ARROW will host several exclusive extras for The Stylist, including the original award-winning short, an introduction to the film by Gevargizian, and several behind the scenes featurettes detailing how the acclaimed thriller came together.

The Stylist premiered at the 2020 Fantastic Film Festival, followed by an international bow at Sitges. The female-driven thriller has been praised across the globe, hailed as "a stellar debut from Gevargizian" by Screen Anarchy, "one of the more sophisticated depictions of a burgeoning serial killer" by Bloody Disgusting, and "a delicately deranged glimpse into social anxiety and loneliness" by Slashfilm. ComingSoon proclaimed "thought-provoking, visually stunning, and fiercely directed, The Stylist puts Jill Gevargizian on the map as one of the most exciting directors working today".

We all dream of being someone else… but for Claire (Townsend), that dream goes from an obsession to a living nightmare. Hairstylist by day, serial killer and collector of scalps by night, Claire’s lonely existence is thrown into turmoil when her regular client, Olivia (Grant), asks her to style her hair for her wedding day. Increasingly fixated on Olivia’s seemingly flawless life, Claire vows to lock up her scalp collection and change her ways for good – only to discover that repressing your deadly desires is easier said than done…

ARROW is available in the US, Canada and the UK on the following Apps/devices: Roku (all Roku sticks, boxes, devices, etc), Apple TV & iOS devices, Android TV and mobile devices , Fire TV (all Amazon Fire TV Sticks, boxes, etc), and on all web browsers at https://www.arrow-player.com. 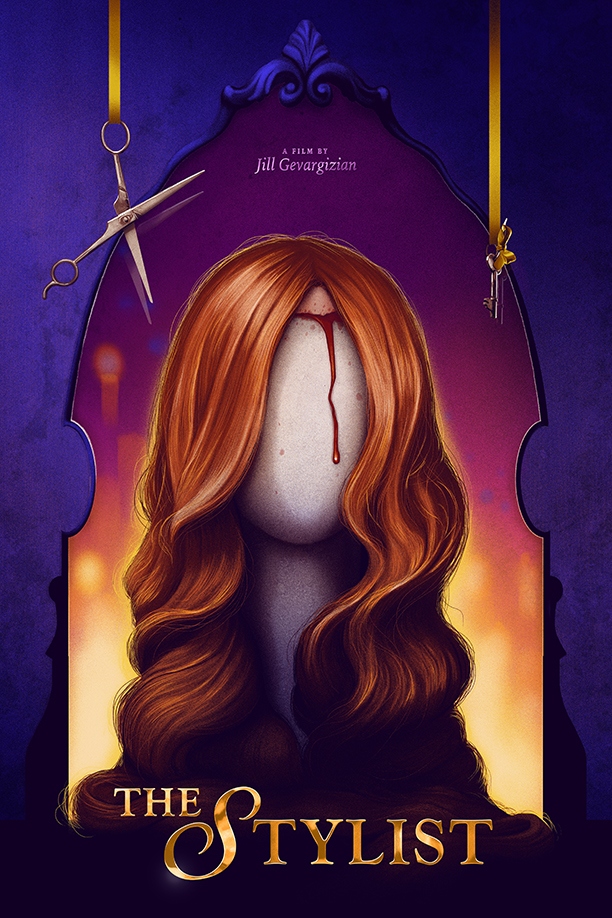