If you read Heather Wixson's 4-star review or you listened to our Sundance episode of Corpse Club featuring director Natalie Erika James, then you know that we can't wait for Daily Dead readers to see her new horror film Relic. Following the premiere of the film's first teaser trailer in May, a new trailer has now been revealed, offering a deeper look into the movie's familial horror.

Below, you can watch the new trailer for Relic. IFC Midnight will release Relic in theaters and on VOD and Digital on July 10th.

Synopsis: "When elderly mother Edna (Robyn Nevin) inexplicably vanishes, her daughter Kay (Emily Mortimer) and granddaughter Sam (Bella Heathcote) rush to their family's decaying country home, finding clues of her increasing dementia scattered around the house in her absence. After Edna returns just as mysteriously as she disappeared, Kay's concern that her mother seems unwilling or unable to say where she's been clashes with Sam's unabashed enthusiasm to have her grandma back. As Edna's behavior turns increasingly volatile, both begin to sense that an insidious presence in the house might be taking control of her. All three generations of women are brought together through trauma and a powerful sense of strength and loyalty to face the ultimate fear together. RELIC had its World Premiere at the Sundance Film Festival in 2019 to critical acclaim, praising the film as a fresh and terrifying twist on the notorious haunted-house tale." 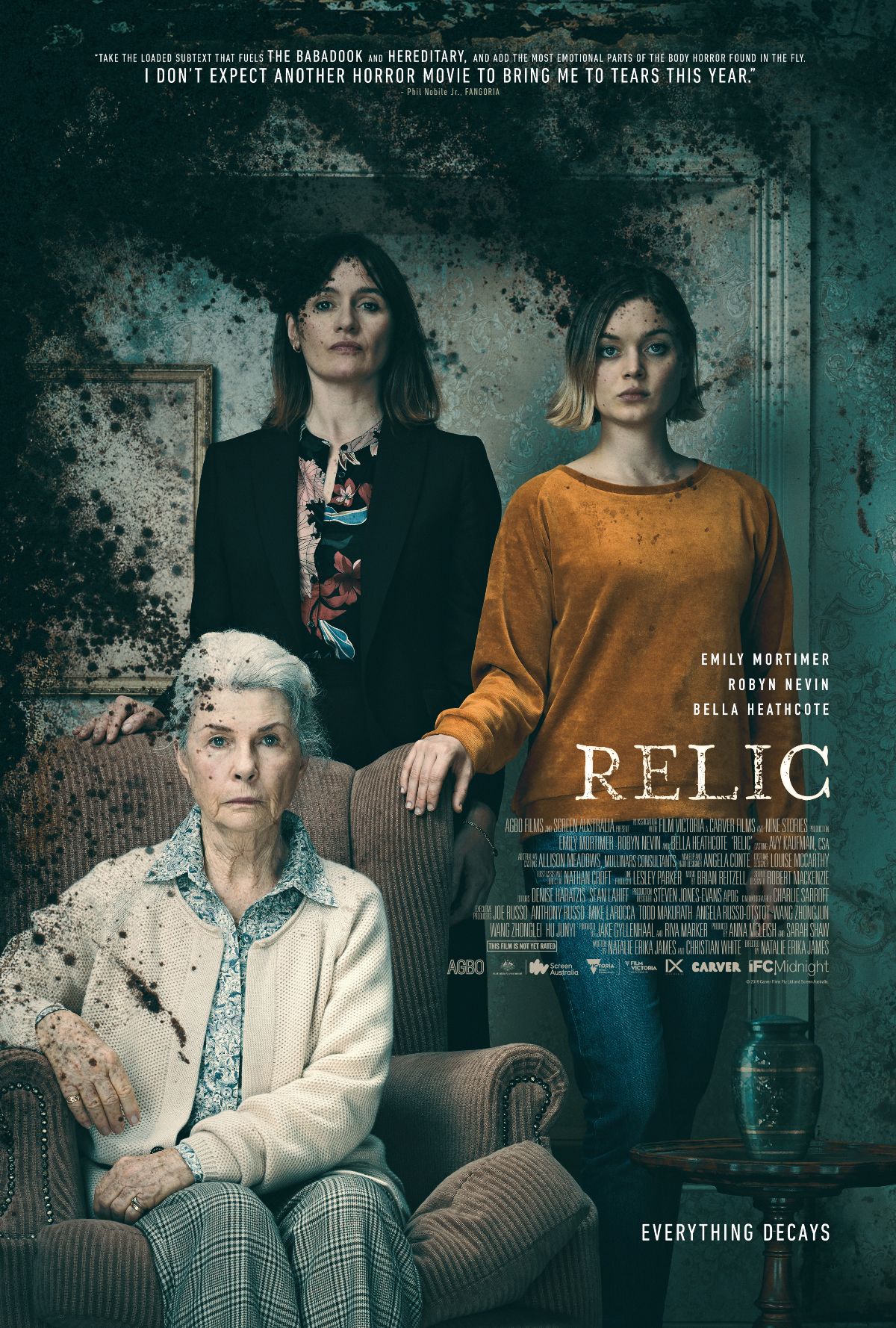